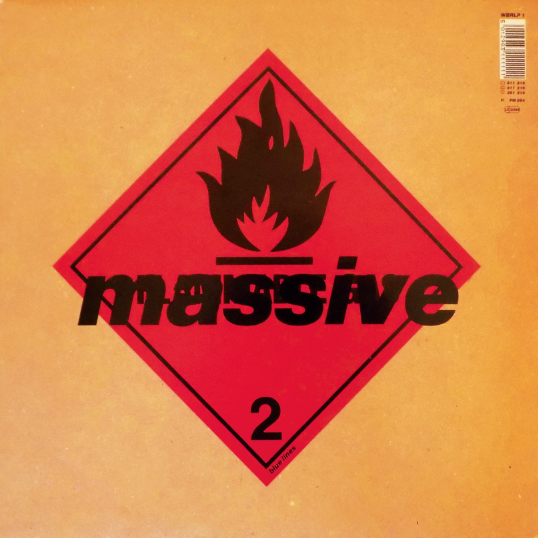 In the last few decades Massive Attack have turned themselves into one of the key British bands. Their brooding music, cultural nous, future thinking and restless brilliance has seen them refine their music into a perfect take on all the cutting edge musics from hip to post punk, from aural graffiti art to unexpected sounds and textures.

For me they are the last true post punk band – coming out of that generation of possibility but twisting the aural adventure of PiL’s Metal Box with the following generations of black music to create a soundscape for modern Britain. Their music embraces a beauty and a groove and always embraces a sense of adventure.

In 1991 They released their defining debut album and I caught the train to Bristol with Shara Nelson whose vocals on Unfinished Symphony helped to catapult that song into being a defining and huge international hit. We went to the band’s lock up studio and spent the afternoon hanging out and talking. 3D turned out to be an ex punk with deep love for the Dead Kennedys, Bauhaus and PiL and the rest of the crew also had a wide knowledge of all musics.

I had already written about their adventures in Sounds in the pre Massive Attack days celebrating the Wild Bunch releases and making them single of the week in the sadly now defunct music paper. I had also interviewed the Wild Bunch on the phone but this was the first face to face meeting. It was a long conversation and I will upload the cassette of the interview at some point with its talk of the bands distinctive flame logo being a variation of the SLF one nd lots of talk about roots Bristol but this is what was printed then…from Sounds April 1991

It’s taken three years and a war, but MASSIVE have finally risen to the top of the charts. JOHN ROBB listens to their stunning debut LP, Blue Lines, and reckons that their post- Wild Bunch years allowed them to become true artists as opposed to engineers.

AFTER WHAT must seem like an eternity, Bristol’s Massive – formerly Massive Attack – are finally where they should have been all along, ensconced in the upper echelons of the UK singles charts with ‘Unfinished Symphony’.

It should have happened sooner, but it’s proof of Massive’s muscle that it, literally, took a war to keep them out.

“We were in LA shooting the video at the time the war started,” explains an aggrieved Robert ‘3D’ Del Naja, “and all the papers had stories about a ‘massive attack’ or how ‘the attack was massive’. It seemed obvious that problems were going to be caused, it seemed like it could be a real waste of our music.

“I mean, we’ve got our own opinions on the war and stuff. But we’re not on a mission.”

MASSIVE, THOUGH, have sort of been here before, as former members of The Wild Bunch – the legendary Bristol Sound System whose Nellee Hooper went on to co-found Soul II Soul.

Like their second cousins from the smoke, Massive strip reggae to its drum and bass chassis, slowing down the groove and carving in a cool melody.

Core members 3D, Mushroom and Daddy G, each have a rootsy history as long as your arm, creating a loose collective of colliding forms pulling in what’s needed when it’s needed. Their debut album, Blue Lines, out this week, proves the formula works, bringing in anything from vocalist Shara Nelson’s powerful voice to a 50-piece orchestra or old time lovers’ rocker Horace Andy.

The advantage of holding back that little longer gives Massive that edge over their rivals and gave them a chance to establish themselves as artists, as opposed to the current vogue for faceless engineers.

“We’re not a DJ/producer group,” says 3D, “it’s a whole creative thing working up ideas. We don’t really work on the dancefloor, although that’s what we’re promoted as.

“We’re not really a pop band that’s just two singles and an album and then nothing. I doubt indie fans or rock fans will check us out because they think that we’re not on that scene.”

Scene-wise, Massive are perilously closely linked with the spurious ‘Bristol thing’, one of those media-prompted geographical pop enterprise zones that pisses everyone off but can hold hideously true.

Mark Stewart, The Pop Group, Rip Rig & Panic, Adrian Sherwood and the On-U roster all have their roots in the city’s all-nighter blues vibe.

“It’s more of a social thing,” says 3D. “I mean, our friends live here. The isolation of it means that it’s not so frantic, you can chill out when you want. I mean, we’ve been around years now and no one’s really on our case – whereas in London, everybody would have been wondering what we were up to.”

The Wild Bunch certainly took their time. Courted by majors, their sound system preferred to rumble the sweat-stained turmoil of Bristol’s Dugout Club and a few select dates in the smoke. As a launching pad for disparate talents, it must have been a squash.

“In The Wild Bunch we had no control,” 3D admits. “It was different, there were more egos, everyone was trying to come out on top. It’s got a lot more laid back now.”

The first British sound system to tour Japan in ’86, The Wild Bunch fell apart in ’87, leaving Hooper to take their slow groove shuffle to worldwide dominance with Soul II Soul a couple of years later.

FROM THE ashes of The Wild Bunch came Massive, but they chose to bide their time.

In fact, it’s been nearly three years since The Wild Bunch’s debut 45, ‘Any Love’ – which featured the smooth vocals of Carlton. A slowing down of the groove pre-empted the rest of the nation’s cranking up in the wake of the house explosion…

“It’s always been like that down here,” says ex-punk turned graffiti artist and passionate Bristol City fan, 3D. “Fast music is, like, yeah, easier to mix. I mean, frantic stuff is good, like with Discharge and all those early punk bands. But it was with Dead Kennedys that things got a lot more interesting – not just a bombardment of sound but an interesting production as well.”

Production-wise, Massive know what they want and if they want it, they get it. If that means bringing in a 50 piece orchestra (a notoriously unwieldy and patronising bunch of musicians), then so be it.

“The synth sounded too tacky,” says Mushroom, “so we thought we may as well use real strings. The orchestra definitely changed the feeling of the song, making it heavier and deeper with more feeling. They were really good – they seemed more in tune with the pop market. The conductor scored it up, it took them about five takes to do it because they were slightly behind the beat.”

Another track sees their slow groove colliding with an aboriginal didgeridoo, a clash that could have been a Sting-style disaster but the two forms fuse to make a haunting match.

“The sentiments and the idea of the track are about life in general,” says 3D. “I mean a didgeridoo is one of the oldest sounds you could possibly imagine.”

Still, they had to recreate its ghostly drone on the keyboard as “natural and electronic sounds don’t always sound that right”. Live, Massive want to crank their sound system into gear – but that’s another story. Right now, Massive’s debut is one of the coolest albums this year, the first neat post-war platter with its ideas and textures fully explored.

Maybe it’s time to get that original name back into the market place.