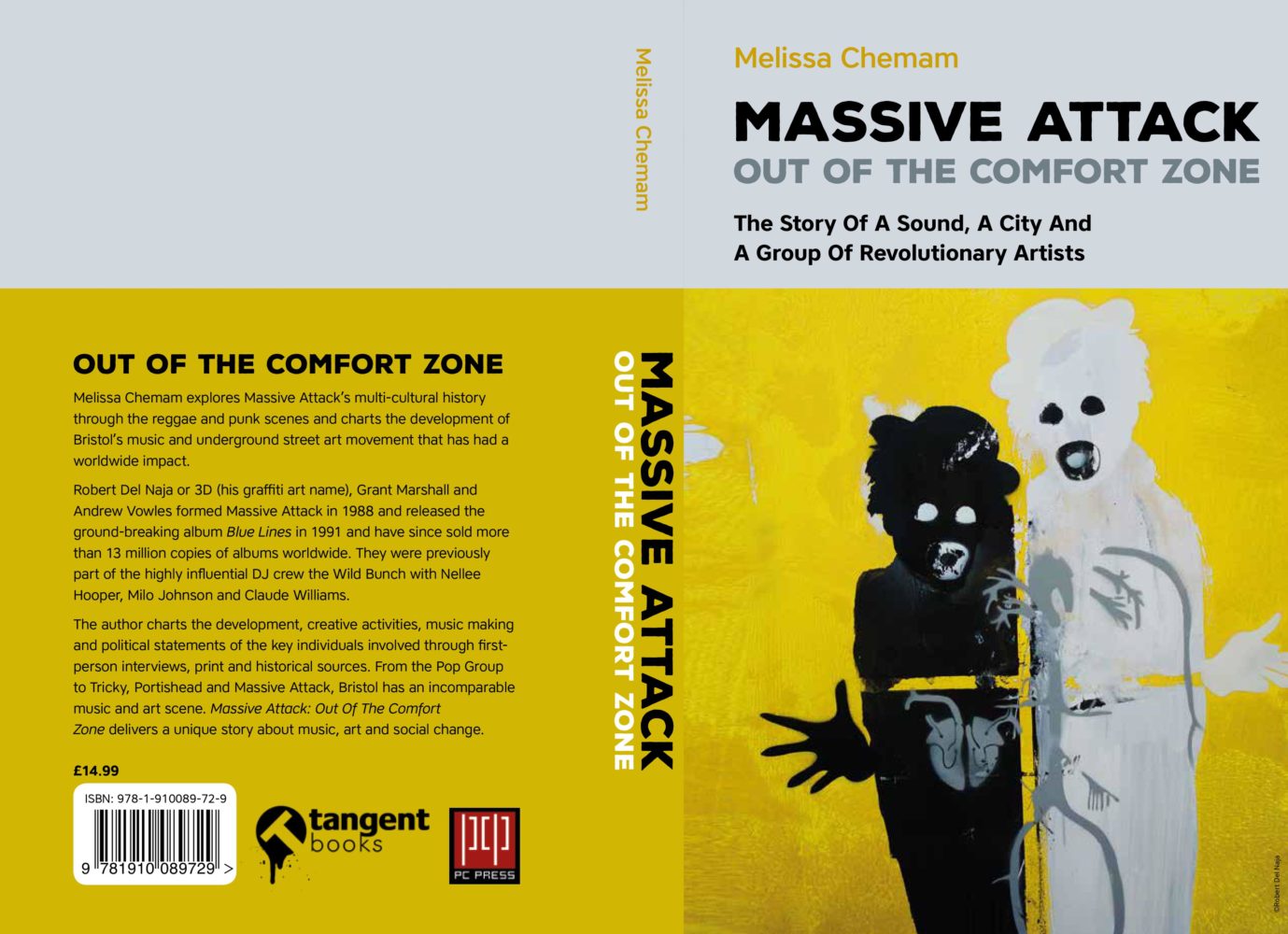 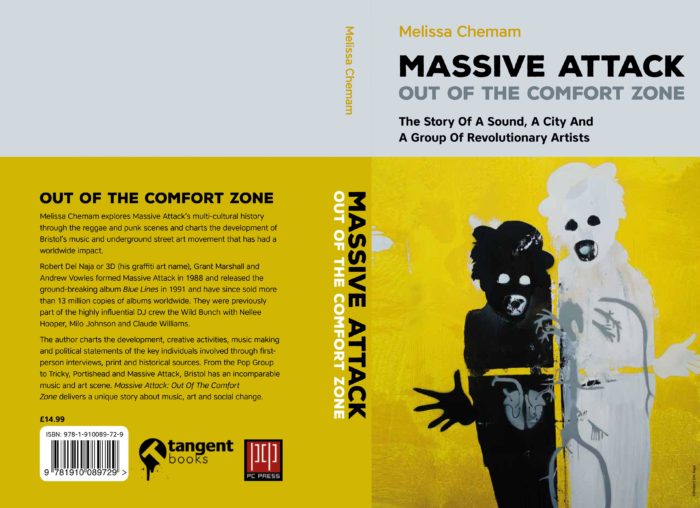 The Massive Attack story is one that begs to be told. Rising out of a collective of young DJ’s at legendary underground Bristol club the Dug Out in the early 80s to become one of the world’s most influential and innovative acts is certainly a feat in itself. Investigative French journalist Melissa Chemam immerses herself in the history of the collective and the Bristol musical background they came from in intricate detail. Elfyn Griffith wades through it…

Indeed the detail is so intricate throughout the book – well researched with quotes from her own interviews with all the main protagonists and their contemporaries and associates, along with scores of lifted quotes from credited myriad features – that it becomes a bafflingly head-swirling read at times, especially since the writer insisted in writing it in her own Franglais style which I’m afraid reads like badly or un-subbed copy.

But apart from this rather annoying distraction we do get the full story (or as full as an ‘outsider’ to the city can maybe tell it) and the culture that surrounds and informs it, from Bristol’s musical history and legacy through the post-punk/hip-hop Wild Bunch collective of DJ’s, the outsider rebel stance of the city’s scene, its proudly left-wing rebellious nature, and the many facets and changes that Massive Attack went through.

Robert Del Naja, or 3D to give him his graffiti tag moniker, is the most quoted member of Massive throughout the book, maybe the most accessible to the writer, and it is from his artistic and political perspective that a lot of the story seems to be told. That is not to play down the massive (excuse the pun) influence of Grant Marshall, aka Daddy G, the other surviving original from the original collective, or the departed Mushroom, Andrew Vowles, but it is the voice and quotes of Del Naja that Chemam comes back to or seems to rely on the most throughout this tale.

Being one of the original graffiti artists in Bristol and an influence on the biggest graffiti artist of them all, Banksy, Del Naja has carried his vision through into the whole Massive philosophy and image, from the actual music and collaborations with other like-minded musicians and artists through into the album covers and artwork and stage shows. The book covers this – yes, intricately – and also the strong political ethos of the band and the changing dynamics of the relationships within it. While Grant is a mainstay, and he and Del Naja are the faces of Massive, there is a pathos to the way that Mushroom disappeared from their ranks increasingly disillusioned with the direction the music was going, away from the hip-hop forms that he himself championed.

Other originals and collaborators such as Tricky are given ample and deserved space, the street art connections and movement, especially Banksy’s, are covered and the more general Bristol scene/’Bristol sound’ which inspired bands and acts like Portishead, Roni Size, Smith and Mighty, The Pop Group, Kosheen and many more. But through all the descriptions of collaborations and ideas and fantastic art projects and philosophies, the film soundtracks and the detailed picking apart of the recordings of every track on every album etc etc what stands out as much as the marvellous music is Massive’s political stance. This is a band who, having had to get rid of the Attack part of their name because of the original ‘Massive Attack’ title given to the first Iraq invasion by allied forces – before rightly taking it back – have refused staunchly to ever perform at Bristol’s legendary Colston Hall venue as it is named after the infamous slave trader (the venue is currently undergoing refurbishment and is to finally change its name), and whose live shows have the latest digital technology flashing up images and statistics to show the effect of war and harmful foreign and political policies worldwide. They don’t shun away from their beliefs or their reactions to world politics, unjustness and social manipulations – they wear them proudly on their sleeve. As Mark Stewart of The Pop Group is quoted: “It’s absurd to say musicians should stay away from politics. Artists are citizens like any other and they have opinions to share. When Massive Attack are expressing their views, they act as an antidote to the ‘zombification’. That’s what we are here for, to launch new ideas, to look into the future.”

Sean Cook, another Bristol musician, former frontman of Lupine Howl, who plays with Massive, is also quoted: “The thing that motivates me about Massive Attack is the political angle. Massive Attack is a cross-border phenomenon. And they still have a captive audience.”

And they put their money where their mouths are: from helping the besieged citizens of Gaza with proceeds from live shows to meeting Palestinian refugees in Beirut camps, their actions are certainly not the U2-version of rock’s bleeding heart but a genuine response from people who have come up themselves from working class backgrounds and have a real feel and compassion for others.

From their ground-breaking Blue Lines album of 1991 to Heligoland of 2010, through numerous awards and accolades, Chemam reports on the highs and the lows and the creative processes. It’s a sometimes complex weave made the more so because of the aforementioned style or lack of, but a story that had to be told nonetheless.

You can order the book here from  Tangent Books

More writing by Elfyn can be found at Bristol In Stereo