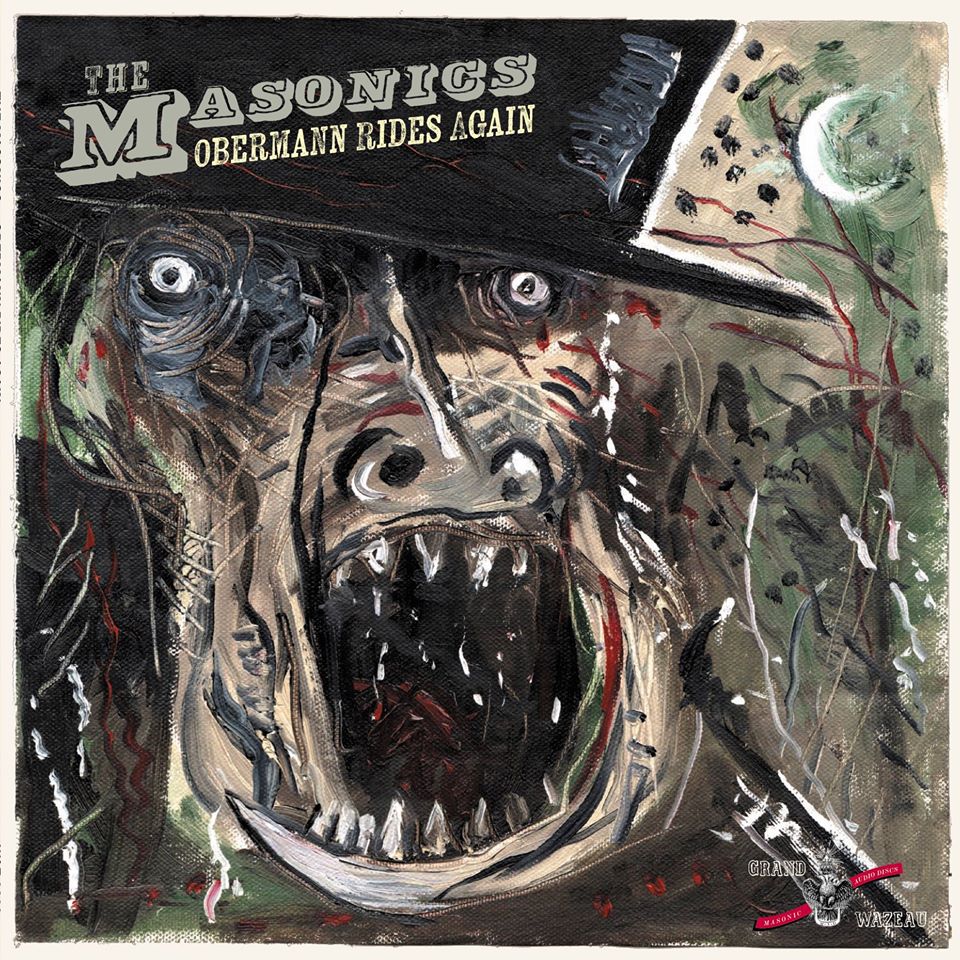 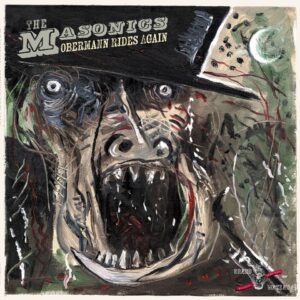 Two ex-Milkshakes one former Kaiser make up the Masters of the Medway Beat, the Masonics. Ged Babey practices the funny handshake as he listens to their ‘raw and tender rock’n’roll songsmithery’. (Such a great LP we reviewed it twice -Nathan Whittles review is here.)

Along with Billy Childish (CTMF), the Fallen Leaves, Len Price 3, the reformed Emptifish and the Flaming Stars, the Masonics are part of the great British underground of garage beat-pop veterans who can out-play most of the younger competition. Whilst they all have a classic, ‘vintage’ sound none of them sound the same, each having a distinct, idiosyncratic style of their own, drawing on a pool of musical influences, tied in with artistic and period sartorial inspirations.

The Masonics play in Black and White on a convex screen on a three-channel television, metaphorically speaking.  Their stock in trade is Saturday Night and Sunday Morning and A Kind of Loving type stories made into a series of two and a half minute songs instead of movies.  Musically it’s a Beatles at the Star Club meets Bo Diddley with a bit of ’50’s balladeering, recorded in the garage adjoining the House of the Rising Sun.

Drummer Bruce Brand played alongside Childish in the Pop Rivets and both he and singer/guitarist Mickey Hampshire were both in the Milkshakes in the early 1980s.  Bassist John Gibbs, meanwhile, cut his teeth in his younger years in near-legendary Scottish group, The Kaisers. I foolishly always thought that Childish was the ‘talent’ in the Milkshakes, but Mickey is a equally masterful artist, as eulogized here. Not forgetting the coolest drummer you’ll ever see, Bruce Brand.

The press release (edited down) says…

This new limited edition – 500 copies only – album of muscular British rock’n’roll from this widely celebrated beat power trio {who} continue to plough their furrow, in a never ending quest to make the perfect beat-pop album… an all-new recordings on this, their ninth album, 14 slices of suave and rocking pop beat nuggets show that the group have not lost their merciless instinct for touch­ing, simple, timeless rock’n’roll melodies and lyrics. The band performs with verve and precision, on record and on stage…

This new release will soon be followed up by limited vinyl and download releases from The Masonics’ back catalogue, starting with Outside Looking In and a new singles compilation plus downloads of the entirety of their decades of releases.

I’ll be honest; I’ve only got two of the other eight Masonics albums and whilst they are cool garage rock’n’roll albums they are a bit more ‘lo-fi’ and ‘tinny’ than this one, which ranks to my mind as being up there with the Milkshakes and the Kaisers indispensable Beat It Up! ( Yeah, OK, it’s the only Kaisers album I own…but its a massive feel-good favourite.)

This is the essence of rock’n’roll/’proper’ pop music to me. Whilst Punk was my beginning, teenage obsession and be-all and end-all, discovering the Medway scene/sound showed me that pre-punk, all of those songs from the ’50s and ’60s which you heard on the radio or discovered thru older relatives collections were just as vital and inspirational. The Beatles early stuff,  Elvis in Jailhouse Rock, You Really Got Me, Wild Thing, My Generation …started a never-ending search of the archives for the rarer, cooler, rawer stuff…. and the chaps from the Medway encapsulated all of that (and more) in their musical output, with no worries about modernity, chart-positions or the vagaries of fashion and the music business,

I’ve digressed… Mostly, the Masonics deal in ‘love songs’ or rather songs of jealousy, betrayal, lust, hurt, self-obsession and how ‘women are a mystery’ and so on.  The ‘sexual politics’ seem to be firmly located in the early ’60s, like the music. An observation rather than a criticism that is, but there’s a great sociological essay to be written there maybe!  Redacted Ma’ is a very Childish song in that it’s akin to Billy’s musical missives to Tracey Emin, whilst the title track recalls those ‘Commando‘ mini-comics which every boy in the late ’60s/early ’70s loved before they joined CND and discovered Crass in later years.

Anyway, it has been said by some that Medway bands make the same record over and over again with their consecutive releases, but its patently not the case as this is a damn fine rock’n’roll album and possibly the Masonics ‘career-best’.  God Bless them.  Get a copy and play loud.