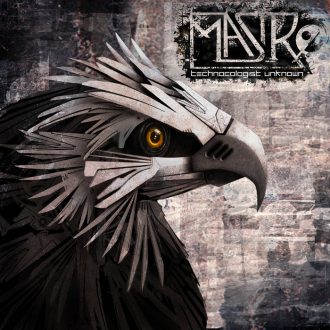 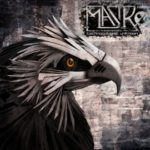 Masiro are a trio, with a new addition of Chris Hutchinson-Mogg on Bass. Chris used to play in legendary noisy Oxfordian instrumental duo 50ft Panda, a band who could literally strip the paint from venue walls by weight of sheer rock ‘n’ roll volume.

Maths is shite. Isn’t it? It’s a subject capable of conjuring up all manner of bad childhood memories and school-related jiggery pokery; sneeze inducing chalk blackboards, sneering Number Bods, bad breathed teachers, Carol sodding Vorderman and her times table recital videos, scallies throwing pieces of furniture in protest. It’s also, despite the education chiefs insistence for god knows how many years that it’s as essential to your adult development as the noble subject of English, generally only useful for a career as a Stockbroker, Banker, Business Entrepreneur, Maths Teacher /Lecturer or Accountant. Fuck knows how many brilliant creative minds have been left out on the scrapheap because they couldn’t get their heads around this stinking subject, this bastion of Middle England’s revenge against the proles who were willing to think for themselves rather than help the Establishment get richer and fatter, this mind numbingly tedious carnival of multiplying, dividing and subtracting, this Billy Bunter enabling Monument to the square root of fuck all. Nah, fuck Maths and all who sail on her, rotters all.

But wait. Imagine if Maths was exciting. Imagine if it was dangerous. Imagine if it was sexy. Imagine if it rocked. Imagine no more, my friend, for you have unwittingly just imagined Masiro. The prospect of a ‘Math Rock band from Oxford’ may not sound particularly appetising in print, the sort of thing you may associate with an eccentric professor calling an Electrician in to change a lightbulb, or a posses of Business students inventing cryptic money related stories in Friar Inns. But please, cast your numerical prejudices aside for a few moments if you can, for you will miss out on a big treat.

Masiro are a trio, with a new addition of Chris Hutchinson-Mogg on Bass. Chris used to play in legendary noisy Oxfordian instrumental duo 50ft Panda, a band who could literally strip the paint from venue walls by weight of sheer rock ‘n’ roll volume. His new band are also entirely instrumental, rallying around futuristic themes of sound replacing words, machine replacing man, image replacing animal. Their debut long player, though only six tracks long, contains enough noise to fill a thousand wildlife parks, a veritable Future Legend for the year of the Diamond Dogs. It’s brutal, no mistake; six minute plus instrumental workouts such as ‘CTTL’, ‘Miocene Dream’ and the title track all pack a punch like Tyson, knocking you for six with their pulverising prog drumming, wonky rhythms and riffs scraped directly from the hairy backside of the Goat Lord of Mendes. It ain’t pretty, but it sure is gripping. It’s almost, almost, enough to turn a certified maths hater like me onto the mysteries of the Chaos Theory and the hidden codes of Ancient Egypt, surely an achievement in itself. Perhaps there’s more to the number game than I originally thought…