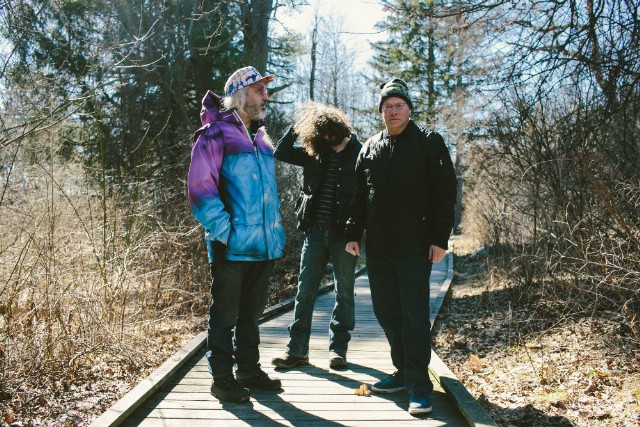 With Dinosaur Jr’s eleventh studio album Give A Glimpse Of What Yer Not set to soundtrack any grunge fan’s summer, we thought we’d take our earplugs and venture through the Amherst trio’s back catalogue to try and find frontman J Mascis’ best – and there are many – guitar solos.

As the band are synonymous with blistering arpeggios and ear-splitting riffs, it wasn’t an easy choice, but here are five pieces of formidable fretwork that say more than lyrics ever could (although Mascis is quite handy with those, too).

After the original trio of Mascis, Lou Barlow and Murph unbelievably reunited in 2005, it was even more of a shock that their first comeback album, Beyond, rivalled some of their best work. ‘We’re Not Alone’ stands out for its contemplative, acoustic outro, which is complimented with some achingly supreme shredding.

Choosing the best solo from 2009’s Farm is like trying to choose your favourite Lou Barlow self-laceration – impossible. A record teeming with earnest riffery and complex chords, ‘I Don’t Wanna Go There’ never once outstays its eight-minute timeframe.

You’re Living All Over Me is still rightly lauded as one of rock’s most consistent and important records, with one of the standout tracks being the five-minute confessional of ‘Sludgefeast’, which matches Mascis’ reservations with a typically tumultuous solo.

The band’s first major label album – and the first without Barlow – showed Mascis’ creativity and scope. ‘The Wagon’ is a breezy, but blistering, slacker anthem that became one of the band’s string of hit singles. Out of nowhere comes an uproarious solo that elevates the song into an all-time classic.

If you love Dino Jr. for their solos alone, ‘Get Me’ represents the high-water mark – not one, not two, but three guitar solos pepper this emotionally-crippling slice of introspection. The first one is commendably done by locum bassist Mike Johnson, but by the soaring, scorching finale, Mascis really shows him how it’s done.