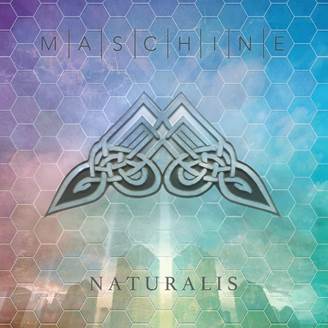 Young British progressive rockers Maschine have announced the release of their second studio album ‘Naturalis’ for the 18th November 2016 on InsideOutMusic. The follow-up to the band’s debut ‘Rubidium’, this is the first to feature drummer James Stewart (Vader) & keyboardist/vocalist Marie-Eve de Gaultier.

Lead guitarist & vocalist Luke Machin had this to say:

“I’m very proud of what we’ve done in the studio this time, we were very aware that the songs had to be the best we could do. After all, it does represent us at this point in time, and we were determined that everything about it should be the best that could be done.”
The 6 tracks that make up the main album fit into a loose concept. Machin continues: “This is basically about natural events. It’s something I’ve been thinking about and working on for some time. My interest really began with the Japanese tsunami in 2011. It had such a far reaching effect on so many people. Once I had the idea for the album fixed in my head, the whole thing just snowballed. But what I didn’t want this to be was a record about natural disasters. That can be such a dark subject. What I wanted to emphasise was that there is light at the end of the tunnel. There is hope for mankind. And that’s the vibe I wanted to come through.”

The album will be released as a special edition digipak CD & digital download, both featuring two bonus tracks recorded live in 2015 at Veruno Prog Festival in Italy. The full track-list is:

Since honing their live performance whilst out on tour with Haken & Leprous in 2014, the band have been itching to get back out and are currently confirmed to play HRH Prog Festival in the UK on 17th March 2017 alongside Hawkwind, Curved Air, Hexvessel & more. More dates will be announced soon.

Luke comments of the new material: “The album reflects much more of what we are about. As a progressive band in the true sense of the term, we will never repeat ourselves and will always look to move on. But you can hear a cohesion in our style and sound. We have taken inspirations from so many different areas of music. I have taken the feelings from albums and tracks that make an impression on me, and have brought these to life in Maschine’s music.”