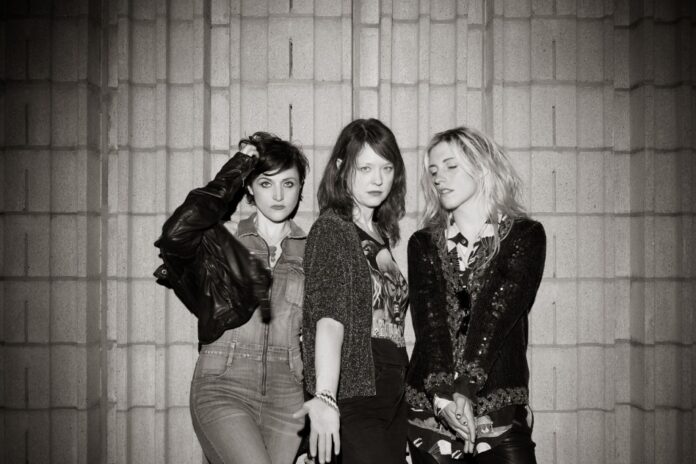 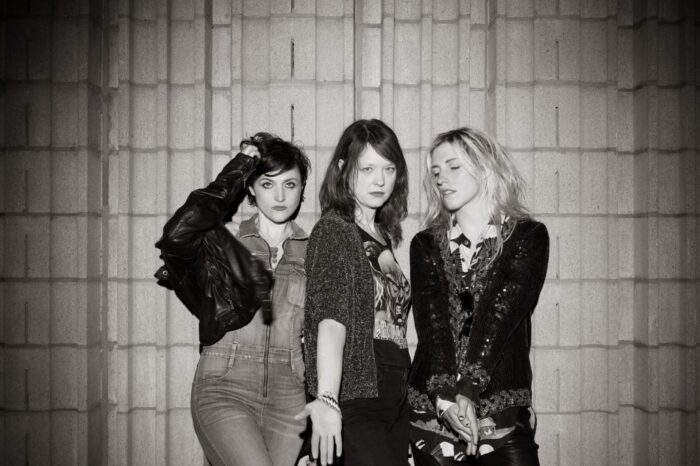 Mary Timony grew up in Washington DC where she began her music career in a basement of a church, as part of a youth group. Sounds random, and it probably was – yet, it lead her to start up her own band, and years later, she has four bands on her resume, including Helium, Autoclave, and Wild Flag, with the most recent, Ex Hex, and their latest album Rips, coming to Bristol’s Thekla on November 10th. Melz had a chat with Mary en-route to their dates in NYC, and they finished their conversation on email. Read on…

You studied in Boston, at which time there were a lot of bands coming out of the area. In what ways did your immersion in this scene influence you?

I grew up in Washington DC, where the music I was exposed to was really hard core scene in the 80s, which was awesome and really inspiring but at the same time I didn’t feel like I fitted in. The thing that drew me to Boston, was that there were more women, there was a music scene, a rich history of bands, and a really cool scene there in the eighties and nineties.
There were a lot of terrible rock bands and some really good ones.  It was nice to be around so much stuff happening. That being said, my real home was DC and my heart was always there. I really learned about being in a band from growing up in DC, and I was most excited about the music coming out of DC.  I was in this band with Christina Billotte who went on to play in one of my all-time favourite groups Slant 6. She is a real genius song writer. Autoclave was formed in DC in about 1990. I was in college in Boston at this time, and we just toured on my breaks. Our first tour was with Fugazi and Beat Happening. I was a lucky kid!

Did you move to Allston?

Yeah people called it Allston Rock City. It had loads of city practice spaces, terrible bands and good bands…there were a lot of college kids…

Was there a moment when you decided to start up a band or was it a gradual process?

I think it was a gradual thing of being inspired by everything going on around me. I was always drawn to art and music, it’s the way my brain works – I’m not good at a lot of other things, but musically… I didn’t really idolise a tonne of people, but it was more the people immediately around me. Like Fugazi — that was really intense. My brother was more of a hippy, so I was inspired by him.

How was the experience of opening for The Raincoats?

It was actually really awesome – I love the Raincoats so much – I didn’t get into them until I was in my twenties, I love them – they make some really creative records. I was kind of thinking about not doing bands anymore, then we got asked to open for them. I hadn’t played a show in a long time, and then we had the chance to open for them. I was like ‘okay! I really need to do this again now…’ It was clearly me who was the super fan in that situation! It was very cool to see them and to play with them. It was totally inspiring to play with people you admire so much. I am a gigantic Viv Albertine fan, and she played on the bill as well, which completely blew my mind. She really is a genius songwriter.

You’ve been mentoring young people in songwriting and guitar technique. In what ways has this given focus to your own songwriting and has it been a rewarding experience to watch your students grow and develop into musicians and performing artists?

Yeah! It’s been a really cool experience watching them grow up and become really passionate about music and watching how it becomes part of their identity.  I just try to share my excitement about playing guitar with them because I think it makes them excited about it and it encourages them to get into it for their own reasons. I’ve really tried to encourage the kids to play in bands of their own, and I’ve put a bunch of them together in bands for shows. One of the bands is called Nox. They started at around 9 or 10 years old and now they are in high school.  I’m about to record a record with them at Inner Ear studios in DC. Teaching is good because not only do I get to connect with the kids and watch them grow, but it also makes me keep up my guitar chops and gets me thinking about technique and gets me listening to music very carefully.

Did you ever get given a mix tape that would change the trajectory of your life?  And if you made a mix tape for someone today, what tracks would you choose to be on it?

Yes, I learned a lot about music from mix tapes. I still have some of the mix tapes that friends made for me in the 80s and 90s.  I had a tape in college that had Wire’s Pink Flag, the Adverts and the Damned on it that I listened to incessantly, and also one of Richard Hell, and Throbbing Gristle. One with the Slits and the Raincoats.  I remember one I had when I was thirteen, with The Kinks and Herman’s Hermits on it. If I were to make one right this minute I’d probably include King Crimson songs from In the Court of the Crimson King, The Equals, The Lefte Bank, the Zombies…

Finally – did you ever busk or hold down some crazy/dull day jobs to pursue your music?

Oh yes. Here are some of the jobs I had in Boston:

I liked having low responsibility because it gave my brain time to day dream and to think of songs while I was at work. Rent in Boston was high and my band never toured enough to make enough money.

Lucky for us, Mary Timony got through all those day jobs, so we got the chance to hear her music. Catch Ex-Hex at the Thekla on November 10th. Tickets can be bought in advance from Bristol Ticket Shop here.