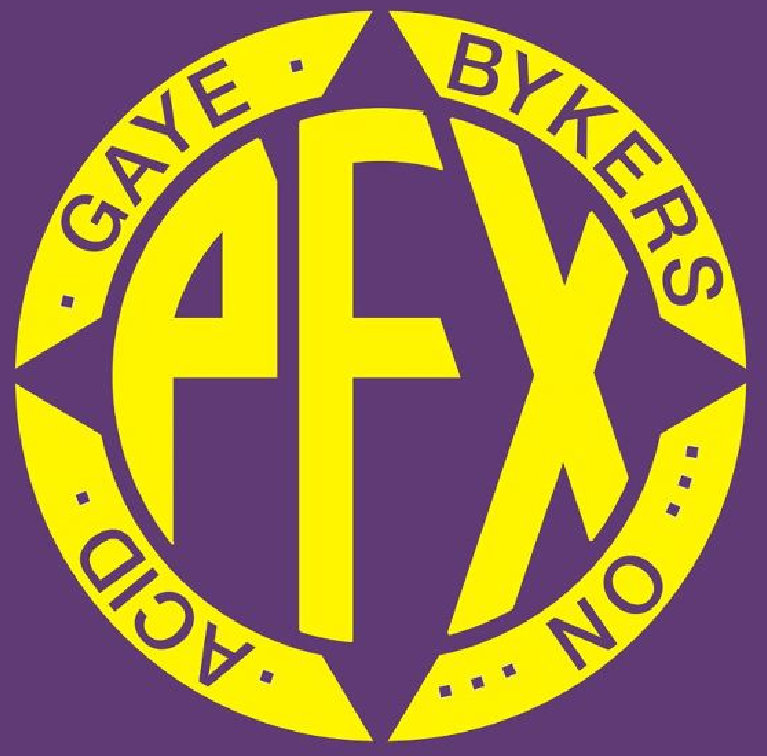 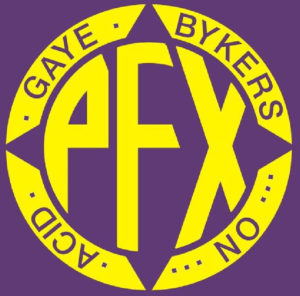 After a long hiatus the genius gonzoid crew Gaye Bykers On Acid have returned three final shows ending with an appearance at the nearly sold out Indie Daze festival.

Gaye Bykers On Acid were far more inventive and musically clever than their mere Grebo status allows. We were thrilled at LTW to hear that the band had reformed for a series of shows culminating in Indie Daze festival. In the mean time frontman mary Byker gave us some clues as to why he sounds the way he does…and has given us a list of some of his favourite albums.

www.wagonandhorsesdigbeth.com
£15 -tickets available from the venue
& on the door

Here’s a list of 10 Albums I love… could have contained albums by, Talking Heads, David Bowie, Funkadelic, Echo & the Bunnymen, Mano Chao, The Cramps, Criolo, the Velvet Underground, The Pixies, Killing Joke, The Meters and many more But these are the ones that made the final cut..

I was 9 or 10 when I first heard Captain Beefheart, a lovely fella called John Steed came to stay at our house, he brought along with him a big pile of rock and prog albums which he would play endlessly to my brother and I. Out of all of them it was Don Van Vilet’s incredible voice that got me hooked, that and the theremin intro into “Electricity”. Psychedelic Delta Blues rock with surreal lyrics, featuring the wonderful slide guitar of a young Ry Cooder. The other standout tracks were “Zig Zag Wanderer”, “Drop out Boogie” and “Autumns child”. This was Beefheart’s first album and some say most commercial, also worth checking out Clear Spot

Another one from Mr Steed’s collection was Led Zeppelin 2, obviously still very young and before punk. It still wasn’t taboo to like Led Zeppelin. I have happy memories of dropping the needle onto the vinyl waiting for Jimmy Page’s iconic intro riff to blast off into “A Whole lotta love”, followed by Robert Plant wailing over the trippy breakdown back into funky syncopated heavyocity. I’d plug my Dad’s prized headphones into the microphone socket and attempt to sing along! Again blues inspired, but so much more, with Bonzo’s ballistic beats this is the album that layed down the blueprint of heavy rock. “Ramble on”!

There was a time at school when you were either a mod or a rocker, I was niether because I liked listening to northern soul as much as Led Zeppelin. The only band that straddled both camps were the Who, loved by parker wearing mods and leathered up Greboes alike. intrigued by the cover with a photo of Roger Daltry sitting in a bath full of baked beans, it became an instant favourite. Opening with the psychedelic power pop track “Armenia City in the Sky”, it was a kooky concept album that was interspersed with fake radio jingles that were a homage to pirate radio”.”Tattoo” “Our Love Was” and “Mary Anne with the shaky hand” showcased Pete Townsend and his Rickenbacker at his jangly best. Keith Moon at his most crazed and the genius bass playing of John Entwhistle. The standout track was “I can see for miles” which my second band Hyperhead went on to record for the “Who covers Who” tribute album

Aged 16 and working as an apprentice in a printing factory in Leicester The Clash’s sound, politics and look made a huge impact on me, the words to ‘Clampdown’ seemed totally appropriate to my life. “London Calling” was a clarion call, with its swaggering mix of rock ‘n’ roll, reggae and even jazz. Joe Strummer’s revolutionary rhetoric and delivery struck a deep chord. London Calling seemed to be speaking directly to me in the faraway town. “Spanish bombs”, “Brand new Cadillac” The ever cool Paul Simenon’s “Guns of Brixton”, and Mick Jones getting lost in the supermarket. True Revolution Rock an album with so many great tracks that befits the phrase all killer no filler!

As much as I love Iggy’s earlier primal punk albums with the Stooges, “Lust for life” just edges “Raw Power” as one of my all time favourite albums. The upbeat intro and opening lines of the title track set the tone for the whole record with the late great David Bowie’s production Iggy truly goes pop. The super tight backing band eventually ended up working with Bowie on his later projects. This long player reminds me of happy days DJ’ing in Leicester with Robber Byker and Kev Reverb (Crazyhead) A great rock record you can dance to! “the Passenger” to this day is a guaranteed floor filler.