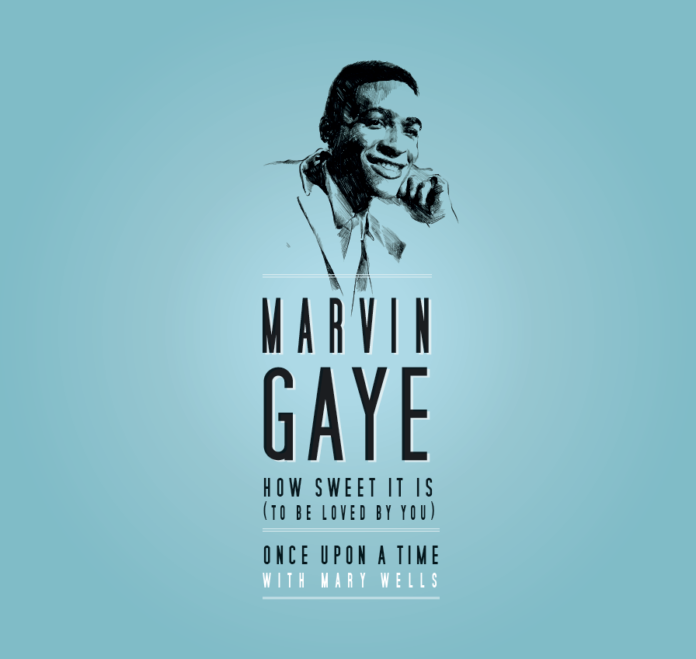 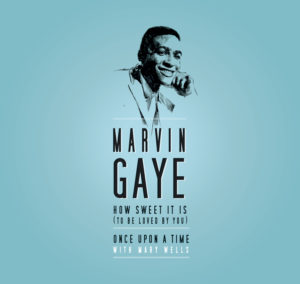 Seven albums of Marvin Gaye’s early stuff? What’s not to like? Well, show tunes for one. Joe Whyte reviews.

The albums in the set are as follows…

1. The Soulful Moods Of Marvin Gaye
2. That Stubborn Kind Of Fellow
3. When I’m Alone I Cry
4. Together (with Mary Wells)
5. Hello Broadway
6. How Sweet It Is To Be Loved By You
7. A Tribute To The Great Nat King Cole

It’s hard to argue with the legacy of Marvin Gaye; starting out as a session man at Motown, he laterally pretty much led the way in the shaping of soul music as a whole and Motown’s signature sound throughout the late sixties and early seventies. Creating albums in the later part of his life that are still quoted in lists of “best ever”, he transcended much of the pop bubblegum with albums such as the mighty What’s Going On (unbelievably recorded in ten days!) and Lets Get It On which stayed in the album charts for two years and positively oozes feral sexuality. As a singles artist, Gaye was without competition for years: I Heard It Through The Grapevine is easily one of the greatest slices of plastic in God’s good Earth.  One of Motown’s first multi-million sellers, Gaye could do no wrong for many years. Murdered in cloudy circumstances apparently by his father (although conspiracies still rage on) he left a body of work that influences artists to this day. Just look at some of the chart-botherers of the last twelve months; it’s apparent that vintage is in vogue. There’s hardly been a chart single of note in recent times that hasn’t taken at least one part from sixties soul. No bad thing, I suppose.

This nicely packaged seven album box is the first in a two volume set. The later (and better-known) albums are due to be similarly packaged next year. It is at times difficult to hear these without recourse to the later (and better) material. He was clearly learning his craft during much of this period and one must remember that music in 1961, particularly for black artists, was very much suited and booted and of-the-establishment. As far as Motown goes, subversion was a no. Smiling toothily and presenting a polite and presentable front was the way of the “entertainment” world back then. Actually, not much has changed….

His debut (The Soulful Moods Of….) is a mixture of string-laden, schmaltzy standards and a couple of soul stompers. Let Your Conscience be Your Guide hints at the vocal powerhouse to come, but for the most part, it’s all very sterile and safe. LP 2 (That Stubborn Kind Of Fellow) is much more like it; the sweat and sex of primetime soul is making its presence felt and he’s able to cut loose and it’s a whole load of good. Hitch Hike (which was his first real solo hit) is the floor-filler it has remained and it’s pretty clear that the main riff was later lifted by Lou Reed for The Velvet Underground song There She Goes Again.

When I’m Alone I Cry is album three and Marvin (as he was wont to do) is attempting to get his jazz on. It’s fairly well-documented that Gaye was a dynamite soul singer who, early on, wanted to be a jazz vocalist. This album is testimony to the fact that soul was his forte. Ten jazz standards are cursorily attempted and it’s one for the collector rather than the purist. The title track is good, though.

Now, if there’s one thing I’m not a fan of, it’s Broadway musicals. I gritted my teeth through a couple of listens to Hello Broadway….This Is Marvin, but I’m sorry, I hated it. Swamped in strings and orchestration, it’s painful listening, Hello Dolly being a particular low point.

Together (with Mary Wells duetting) is a different kettle of soul food entirely. This is a treat from start to finish and one can almost hear the sexual tension being ramped up between the two in the studio. Without a weak track on it, one can almost sense that Gaye was starting to find his voice and his vision.

How Sweet It Is To Be Loved By You continues the upward motion and by this point, it’s clear that Gaye is world class and he knows it. The title track has, of course, been cover-versioned to death, but that shouldn’t detract from the sheer soaring bliss of this original. Try It Baby features label mates The Temptations and is dripping with energy and elan.

The final record in the set is A Tribute To The Great Nat King Cole and while it took me back to my parents living room in the early seventies, that’s about the only positive for me. It has the feel of a make-weight album  and is a return to the strings and harps of the “Broadway” album.

As a set, this one works as a whole; it’s a perfect overview of the development of a real soul legend and his journey from sessioneer to star in his own right. It has the hits as well as the near-misses and if you’re a fan, you won’t want to be without this. Show tunes and all.