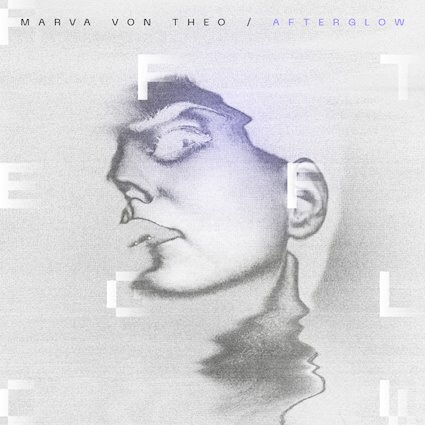 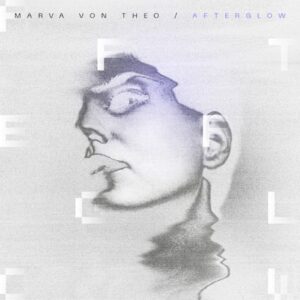 Experimental synth-pop is having something of a “moment” right now. No, honestly – though it would be easy to believe otherwise, while much of the same band templates might be what’s largely visible, scratch the surface of the current music scene and experimentation is finding itself in fertile form. My reviews of the Virginia Wing and Nuha Ruby Ra records this year reinforce that – and after Marva Von Theo caused ripples with 2019’s re-release of their debut album, Dream Within A Dream, it’s the perfect moment for them to come back with their new album, Afterglow.

Straight away it is apparent that this is a band, like some of their contemporaries (Sex Cells, the aforementioned Virginia Wing) prepared to break even some of the traditional confines of their own genre – that of the “one-sided” synth duo. Both members are clearly enormously talented with a lot to bring to the act. Martha Voulgari is a classical pianist with a jazz vocal background, and Theo Foinidis is a classical and jazz pianist who has composed orchestra pieces as a Contemporary and ElectroAcoustic Composer. The fact that the band name is a merging of their two first names shows a refreshing democracy in their set up.

Opening with Love, it’s clear it’s as much a musical Gaspar Noe-esque take on the word than tapping into the pop cliche, with its slow-burn pulsating stirring into something swooping and atmospheric, even against the warm and positive lyrics. Into the mix, they throw glossy, but pounding pop stylings which bring an eighties template into the twenty-first century, on the likes of Forever or, (for me) the standout track Dissolve. This blends perfectly with songs like Ruins and Embrace The Madness, slow reflective slices of contemplation which build without feeling the need for a chorus. The result is often haunting; powerful vocals twinned with minimal claps and long corridors of synth. The immediate comparison that springs to mind is a female-fronted Japan, but the truth is Marva Von Theo are very much a duo doing their own thing. Other genres get thrown into the mix along the way, on the trip-hop stylings of Older or the way Voulgari’s jazz training makes its self present in her vocals (Bittersweet Sunday, for example, a potential play on Gloomy Sunday, sees his hugely expansive vocals pour thrown fully into the spotlight by the minimalism of the music.)

The overarching feeling from this record is that the people who made it could turn their hands to the majority of styles, including more commercial compositions. What they have opted to create is something that feels authentic, powerful and with a starkness that feels perfect for this particular reflective moment in time.