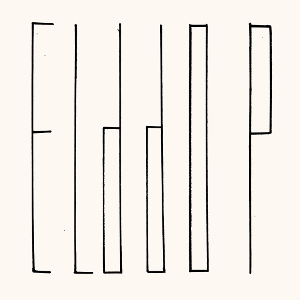 D-beat veterans Martyrdöd return with their 5th album of music for the unwashed. Louder Than War’s Nathan Brown reviews.

If you’re already aware of what Martyrdöd can deliver, you may need to read no further as you will probably have decided whether or not you want this slab of vinyl (or shiny CD).  For the uninitiated I shall attempt to describe them for you.   We are in the land of D-beat.  A sub-sub-genre of punk with its own cultural icons and family trees. The “D” stands for Discharge.  It was Tezz’s individual drums style on the early Discharge 7″s which originally inspired the term D-beat.  From the West coast of USA down to Brazil and across to Japan, bands have been taking that beat and laying different riffs.  The undisputed experts at this have become the scandinavians, and “Scando” can be interchanged with “D-beat” depending on which circles you move in.  Having been filtered through Scandinavia with a bit of Motorhead-love and perfected by the likes of Anti-Cimex, Skit-System (with whom Martyrdöd share members) and Wolf Brigade, there is always a nod to the British pioneers Discharge, and on the more metally end of things Amebix, without whom this style may not have evolved.

Martyrdöd are not a “D-beat by numbers” band. They have a more mid-paced approach, more intricate guitar work – including squealing pick harmonics – with plenty of minor chords in their heavy downtuned assault that to me always suggests a tinge of sadness.  The thrashing cymbals with relentless engine of snare and footpedal give this album the feel of a runaway train gathering momentum before it plunges to its doom.  Guttural gargled gargoyle vocals (an attempt at alliteration, arsehole….) are screamed maintaining a low pitch like some kind of ferocious monster.  This, combined with the guitars and drums gives this album real menace.

A few incidents of note occur on the way through this LP.  “Mer Skada Än Nytta” borrows the chord progression from Killing Joke‘s “Millenium” on the guitar in the chorus, using it to good effect but Killing Joke could only dream of being this heavy!  The jangly guitar on “Victoria” has the intricacy you’d expect from Capt Sensible but all comparisons with the Damned cease there!  “Martyren” has a solo/lead part that veers close to the territory of the poodle hair brigade but luckily never quite gets there – still enough to bring me close to a cringe, not being a metal head.  I understand you like a bit of metal, but don’t let it go to your heads!

All the D-beat ingredients are there: huge beginnings to songs, offbeats on the drums on slow parts, pick slides down the guitar strings….What’s not to like?  If you like d-beat and “epic crust” as I’ve heard the stuff at the slower end of the scale termed (and not tongue in cheek, i’ll add!) this should float your boat.  It’s all variations on a theme, but we’re talking about diamonds not dog shit.  I can get a bit bored of the derivative bands out there in bringing nothing new except quantity.  Martyrdod have been around long enough and deserve respect for that alone  but it is their originality that sets them apart.  Just don’t go all poodle hair on me!

Order it from Southern Lord and check out Martydod on Facebook.