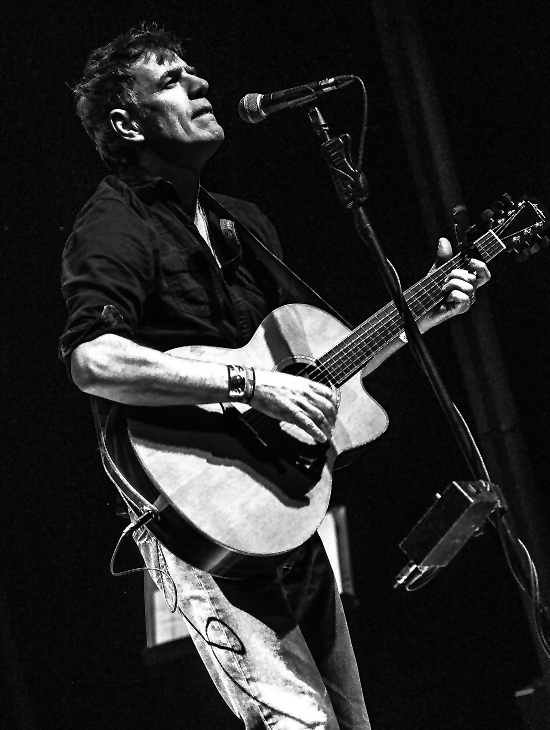 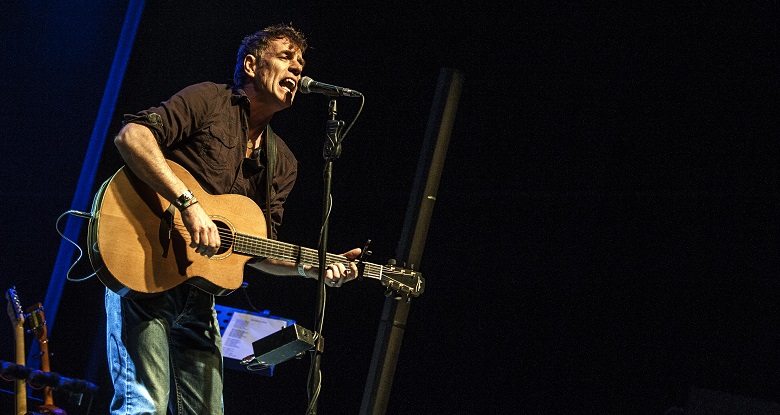 Long standing American hard (and occasionally soft)rockers Blue Oyster Cult carry an ‘on tour forever’ tag. It’s even on their T shirts. Martyn Joseph could easily invest in the same slogan. His constant round of touring that takes in Canada, the US and Europe sees him in  a permanent state of gig fitness.

And while his hero Bruce Springsteen fills his boots playing a similarly intimate run of shows on Broadway, where ticket prices hit astronomically new highs in this age of  ‘sell it and they will come’, Martyn Joseph steadfastly retains his integrity, offering simple value for money.  Despite his self depreciating comments about the general reflective and occasionally downbeat nature of his songs, he still packs in more than enough hope and inspiration.

More recent  local stops took  in Darwen (the night after the Trump election triumph) and Manchester’s Band On The Wall while The Met was undergoing it’s refurb, so it was good to see him back on more familiar territory  doing his thing. His thing that sees him currently road testing songs for a new album – the best way to shape up your material before committing to record – and also revisiting some of his more well known concert staples. There was also the deserved plug for his Let Yourself Trust which over the few years since its inception has raised over a quarter of a million pounds for worthy small scale (in the grand scheme of things) but no less worthy causes. 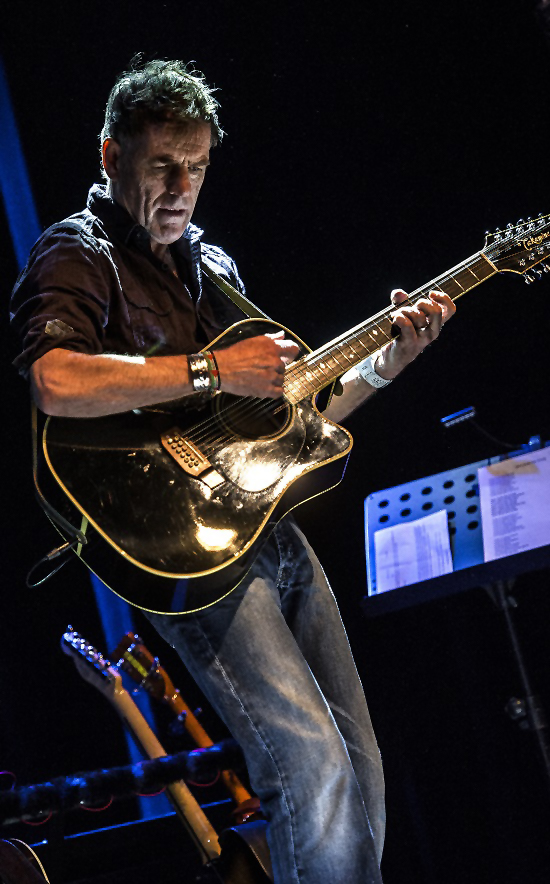 So, after walking on to start the show with a shiny black Takamine 12 string with what turned out to be a cascading opening prologue it was into the more familiar territory of  Lonely Like America. An early chance to reference various aspects of the great nation centering round one person in particular – several Springsteen song references making their way into the flow – along with a thinly veiled reference or two to the other high profile American in the media. It’s possibly the first time I’ve witnessed Martyn play a set in recent times without the inclusion of a Springsteen song (in full) but while Let Yourself was the first of a couple of songs where the gentle picking was almost classical in feel, the harmonica was pure Bruce.

New stuff, ah yes some new songs, heralded by the waft of a sheaf of new song lyrics, plonked on the makeshift autocue – also handy for old songs when you can’t recall the words. After ravaging Trump, one that stood up and out was Here Come The Young (a nice singlalong chant too) – a tribute to our own recent election and the young voters who turned out back at that testing time.

Otherwise, a self confessed nineties theme started to emerge in the set. Strapping on the electric guitar (yes – someone did shout “rock and roll” and another tried the old “Judas” call; ’66 it may have been on the edge, now it just inspires a yawn – we’ve come a long way) and reminiscing about meeting and writing with Tom Robinson in 1992 and when Let’s Talk About It In The Morning was challenging Mr Blobby in the charts. Airing He Never Said, maybe just to song the line “give an idiot the presidency” – the train of thought, the thread never far from the surface.

Luxury Of Despair however, remains an incredible centrepiece of the set. One that chills every time, ringing forth with a sharp sting, it’s been around long enough now to earn a rest but it looks like it’s going to be one of those songs you just can’t ignore. Like Messi or Ronaldo, the first name on the teamsheet and build the set round it. Especially effective when  tellingly followed by a gentle and seemingly slowed down Still A Lot Of Love Round Here, the antidote…

Taking nothing for granted, constantly and genuinely humbled by the fact that he can still play his music to an audience, Martyn Joseph never fails to earn and win respect. In a world of insecurity and inequality, his wisdom and insight are rare commodites.