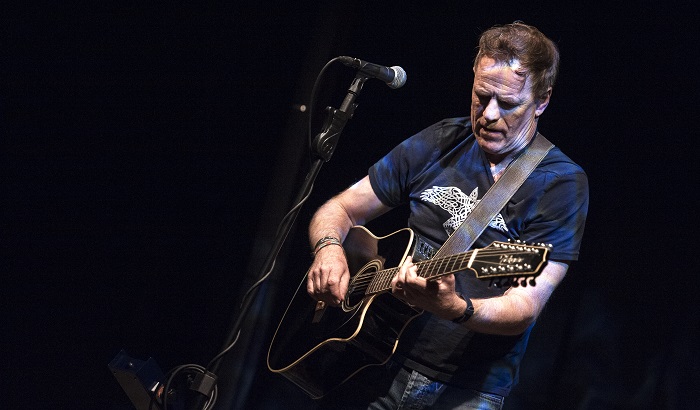 The first gig of what’s sure to be another  typically heavy touring year for Martyn Joseph. It finds him hitting the ground running and armed with a new set of nails and a set of new songs from his imminent new album, he hits a few textbook drives in Manchester.

Almost a year to the day (a week maybe…) since his last visit to the vicinity (his semi regular stop off at Bury Met that we reviewed here) there’s a  return to another familiar stage in the fashionable Northern Quarter  of town. MJ may not be the fashionable flavour of the month but his longevity speaks for itself as he sets off on another road trip set to take him round the UK, North America and into Europe playing his songs, telling his stories while working tirelessly for the lost and dispossessed with his Let Yourself Trust fundraising project. Mulling over the thought, he strikes as a  modern day Robin Hood folk hero, whose empathy for the less fortunate and downtrodden and desire to make a difference is inspiring. 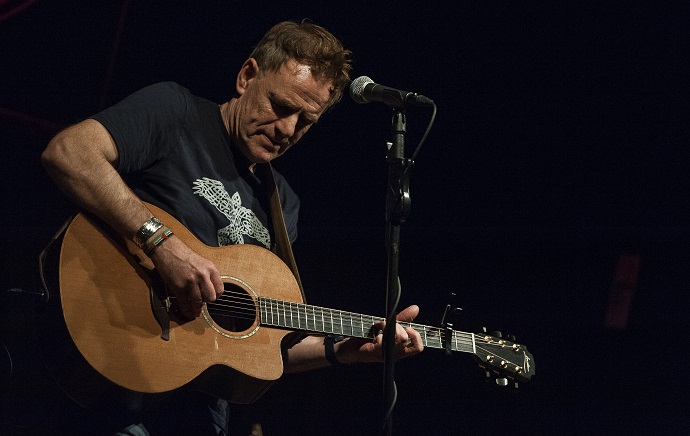 It’s a message that finds him  encouraged by the emergence of a generation, his own children included, who are starting to make themselves a force in affecting change.  In ‘Driving Her Back To London’ and the title track of the new album show how his thoughts also lie  close to home. That  new album is set for release this very week – we’ll have some thoughts in due course –  and several songs have already been thoroughly road tested and refined. Naturally he’s keen to work some new songs into the set without the endless flogging of the product although in a public service announcement,  he does refer jokingly to the tour T shirt that’s on sale. The one with ‘Here Come The Young’ emblazoned on the chest and there’s an ironic chuckle amongst the throng considering the not-quite-so-young demographic that comprises the general MJ demographic. Maybe better to settle for one of the more discreet button badges…

First gig of the year for Martyn and many of us too, and one that’s testing out his false nails which are necessary to deliver the vast sound one man is able to create. They’d previously earned him a “look at you fancy boy” greeting at a recent trip to a driving range and require a little maintenance during the set courtesy of one audience member’s emery board which will no doubt now be preserved forever in a frame “Martyn Joseph once used this nail file…”

The centrepiece of the set, for me, still remains with the hard to ignore The Luxury Of Despair. The song that takes its title from the striking  phrase picked up on his fact finding travels and aside from its brooding musical presence, it induces goosebumps and chills which need warming; inevitably by Nye; a song that runs it close and provides a proud warmth not only in the sentiment but as tonight it seems to be taken at quite an ambitious pace. It seems reminiscent of  Richard Thompson’s Vincent Black Lightning in the way the guitar notes roll and tumble in a furious cascade – a testament to MJ’s skill (and the strength of those nails). 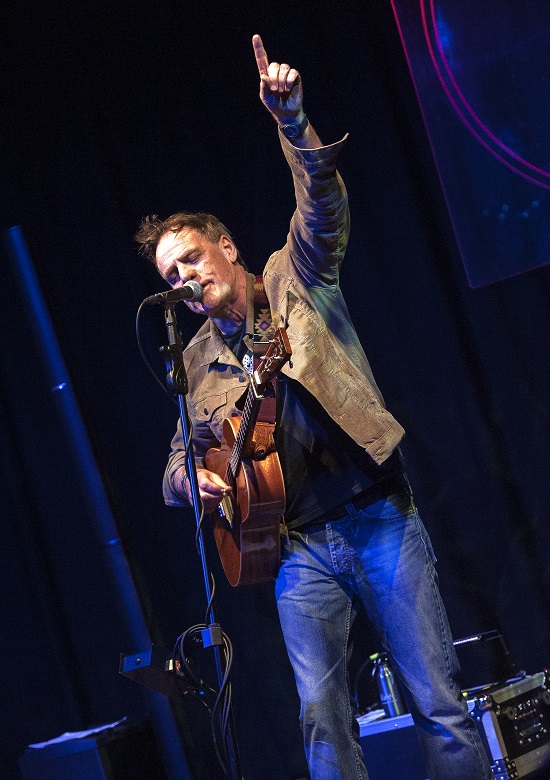 Alongside Dic Penderyn, they make a trio of major songs that anchor the set and it’s interesting to speculate if the new and already semi-anthemic Here Come The Young or if something more musically restrained with the lyrical impact of Loves Majority will make similar claims in years to come.

A fresh look to his delivery that began last year with him picking up the twelve string for an ringing and thudding instrumental passage then  covers Tom Waits with a confident funky groove and then sits  at a piano for two songs, confessing “I’m not a piano player,” not that the same ever made any difference to his hero Springsteen.

Along the journey taken in two sets, the strength and depth of the Joseph roots are never far from his thoughts –  Cardiff Bay, Swansea and Proud Valley Boy all appear – and despite the minor keys and solemn moments, the exuberance of I Searched For You stands proud and the new Get Back To You that may lack the shuffling percussion of the record  yet still induces a hoedowning, swing your pants feeling. He’s had many labels attached from many writers and followers, yet two hours in the presence of Martyn Joseph is never anything less than entertaining, insightful and inspirational.