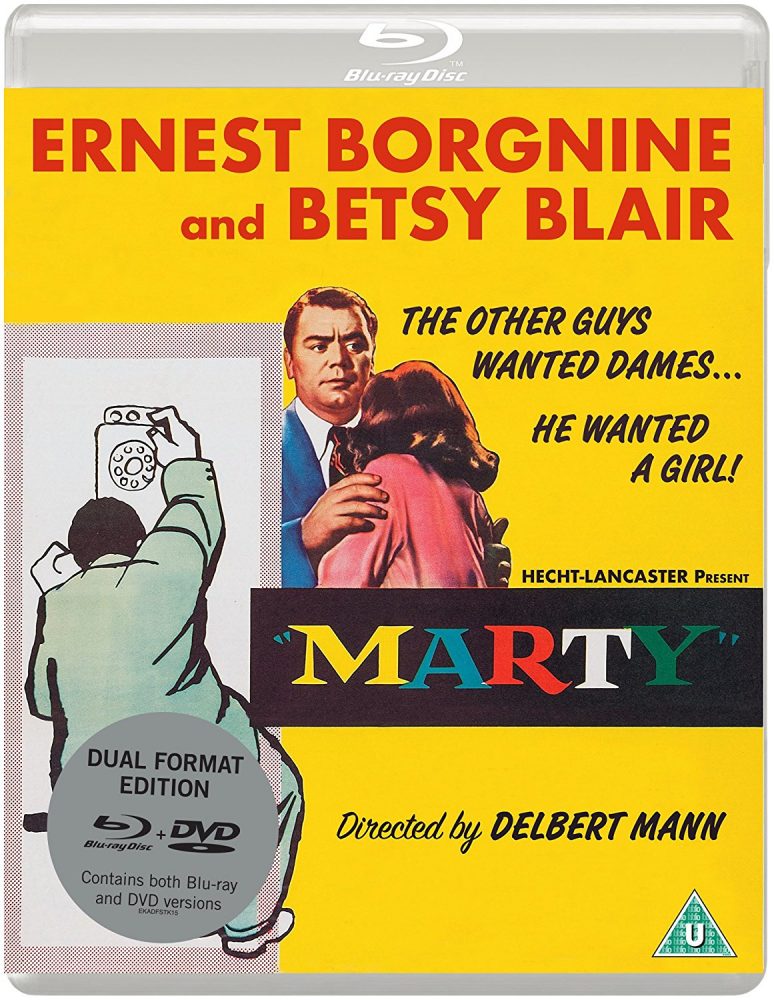 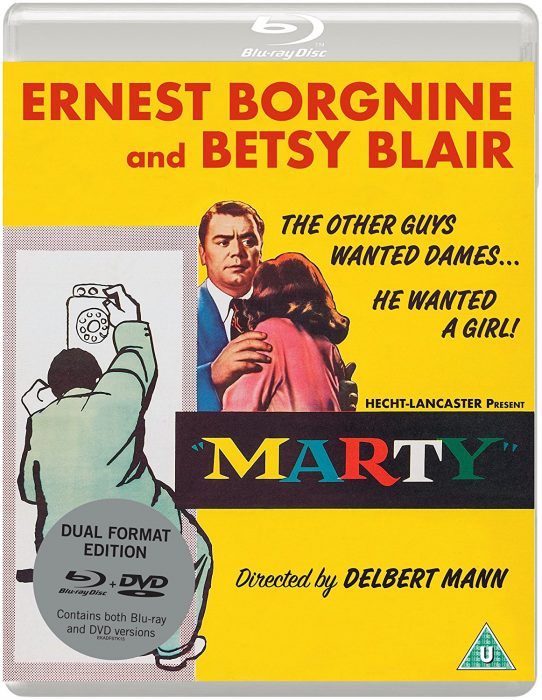 Jamie Havlin reviews one of the best received movies from the 1950s.

The premise of Marty sounds unexceptional. With his younger siblings all married, a Bronx based butcher in his mid 30s, has reached the stage where he’s all but given up hope of meeting anybody to share his life with.

Marty Piletti, played by Ernest Borgnine, is an instantly likeable kind of guy. An Italian American, he works diligently in his job and serves his customers with a smile. Even though some of them are as likely to harangue him over his bachelor status as ask for a leg of lamb. Being single at his age appears to have been much frowned upon in the climate of moral conservatism that existed in Dwight Eisenhower’s America of the 1950s.

Marty loves his family and is sociable too. He’s also a regular in his local bar, where he has a bunch of pals always happy to meet up with him. Despite this, he’s a little insecure and more than a little lonely.

‘I’m a fat, ugly little man,’ he admits to his mother when she tries to persuade him to pay a visit to a singles night at a local dancehall. Reluctantly, he does head along. More to please her than anything else.

At the Stardust Ballroom, he meets Clara (Betsy Blair), a chemistry teacher in her late 20s who, like Marty, isn’t normally a hit with the opposite sex. In fact, she’s just been abandoned by her blind date who is on the lookout for somebody better looking.

Clara is clearly no Marilyn Monroe or Kim Novak but not nearly as unattractive as is generally suggested here. She’s also smart, possesses a sweet nature and most importantly, she likes Marty from the moment they meet.

The pair spend the night dancing, talking, eating and walking. On a detour back to his house for cigarettes, Marty’s mother gets to meet her.

Although she’s been desperate for him to meet someone, she doesn’t like the idea that she isn’t Italian. Some of his mook friends don’t approve either. And they aren’t shy in telling him that Clara is a ‘dog’ and going out with her will be bad for his reputation.

As someone once noted: ‘The course of true love never did run smooth.’

Ernest Borgnine (The Wild Bunch) delivers a pitch perfect performance in the titular role. Encouraged by Spencer Tracy, he’d left the set of Bad Day at Black Rock early one day to read for the part of Marty. At the 28th Academy Awards, both actors received Best Actor nominations: Spencer for Bad Day at Black Rock, Borgnine for Marty, along with Jimmy Cagney (Love Me or Leave Me), James Dean (East of Eden) and Frank Sinatra (The Man with the Golden Arm). Undoubtedly an impressive list. On the night, though, Grace Kelly presented the prize to Borgnine.

Marty also became the first film to win both the Palme d’Or at the Cannes Film Festival and the Academy Award for Best Picture.

In addition to Borgnine scooping his gong, Delbert Mann was voted Best Director. Paddy Chayefsky won the prize for Best Adapted Screenplay while the movie itself was voted Best Motion Picture.

I would guess that in an age of dazzling musicals and Technicolor historical epics, Marty might have looked far from ‘cinematic’ and an unlikely candidate for such massive Oscar success. In fact, it was adapted from a popular teleplay of a few years earlier. The film, like the character of Marty, is far from glamorous. Shot in black and white and set in a limited number of Bronx locations, the story takes place over the course of only a couple of days. It also has only a relatively small cast.

It is, though, a joy to watch with Borgnine and Blair displaying a very special chemistry between them. There are a pair of subplots – Marty’s aunt moving in with himself and his mother and Marty considering buying the butcher’s shop where he works – far less engaging than the main story but Marty is undoubtedly a triumph.

For more on the film: https://www.eurekavideo.co.uk/classics/marty