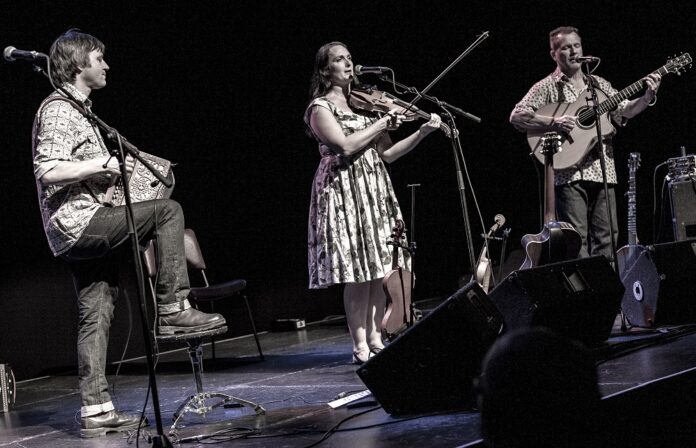 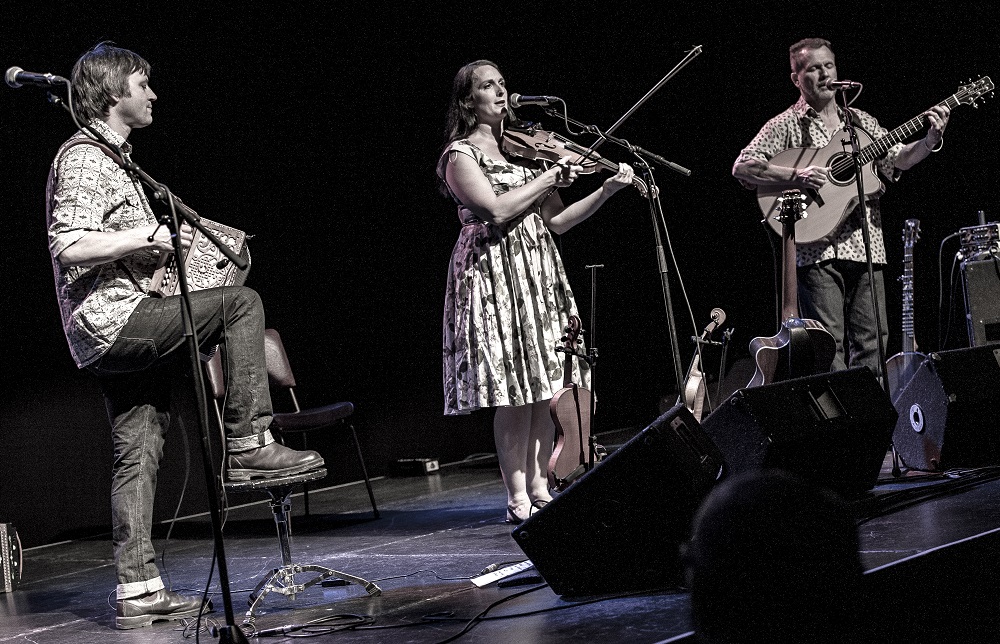 Three names synonymous with quality, class and eminent musicianship. Alone, each capable of giving a masterclass in their chosen field , but together for the first time they are a potent force. Their newly released  ‘Murmurs’ album is already being talked of as a potential album of the year and as the trio pick up the  momentum in the live arena, Mike Ainscoe makes the short trip to The Met to see what they offer in the live show.

It’s not surprising that promoters can get mixed up when faced with such a mouthwatering prospect. Billed amusingly as Martin Simpson, Nancy Cutting & Andy Kerr earlier on the tour begs the question of how many combinations of the six names can you get. Perhaps some GCSE maths question might reveal the different combos, yet once you get it right,  it’s a heady mix. A bit like getting Gordon Ramsay, Jamie Oliver and Nigella to work on a menu together; individually they may have their rosettes and Michelin stars but can too many cooks spoil the broth? 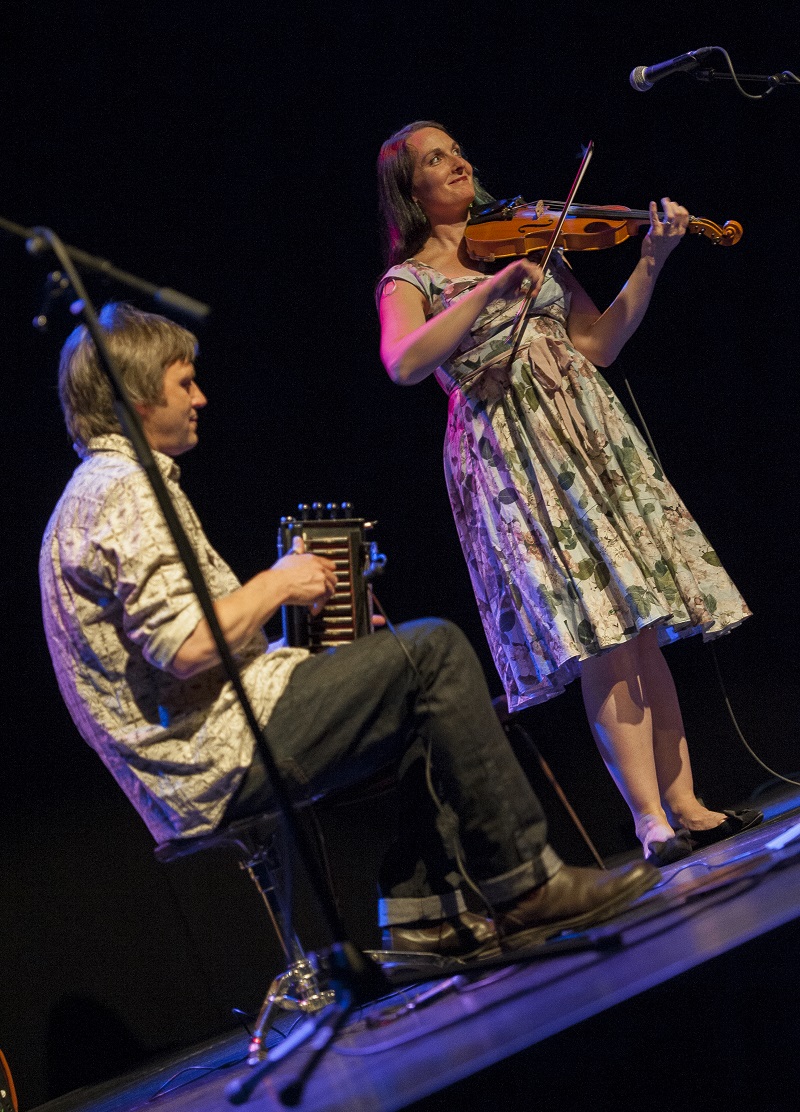 Folk Awards and nominations aplenty and headed by the current folk singer of the year in Nancy Kerr, the trio are a little like a folk version of prog rockers Yes – you can easily listen  to each musician in turn, all seemingly playing their own thing in a virtuoso fashion  yet  combined,  it all fits perfectly.  Some may wax eloquently and at length about Nancy’s bowing technique, which to the layman looks so light and effortless  and the same could justifiably  be said for her partners who make it look so easy.

The trio portray a genteel Englishness and not too distant a relative of the Elizabethan Sessions with which Nancy and Martin were involved. In fact the whole  project seems very much Martin’s baby – he talked of many songs which he brought to the table to work with in this combination and it’s a testament to Nancy and Andy that they’ve been able to realise his visions of the material.  At one point he referred to Martin Carthy as someone who “knows everything” and  let’s face it, most people regard him as the godfather of traditional folk music. However, Martin (Simpson) cant be lagging that far behind; at some points in the set even sounding and playing like him.

So – it was songs along the topics of the likes of “homelessness, trains and murder  -something dear to the hearts of all Americans”  –  yet it was the song at the end of the first set which was probably the ‘worth the ticket price alone’ moment.  ‘Plains Of Waterloo’ is an extended piece where you get the feeling that there’s almost an air of what Jimmy Page used to call tight but loose improvisation in some of the instrumental sections; each of the trio concentrating intently on their part with an almost telepathic understanding of where the piece is going.  It was quite apt that it was described as “a big song” and placed at the end of the first set; a  drone set up by Andy and Nancy for some atmospheric slide before launching into the  broken token song. Like Martin said, there are a lot of these songs but this is the boss. 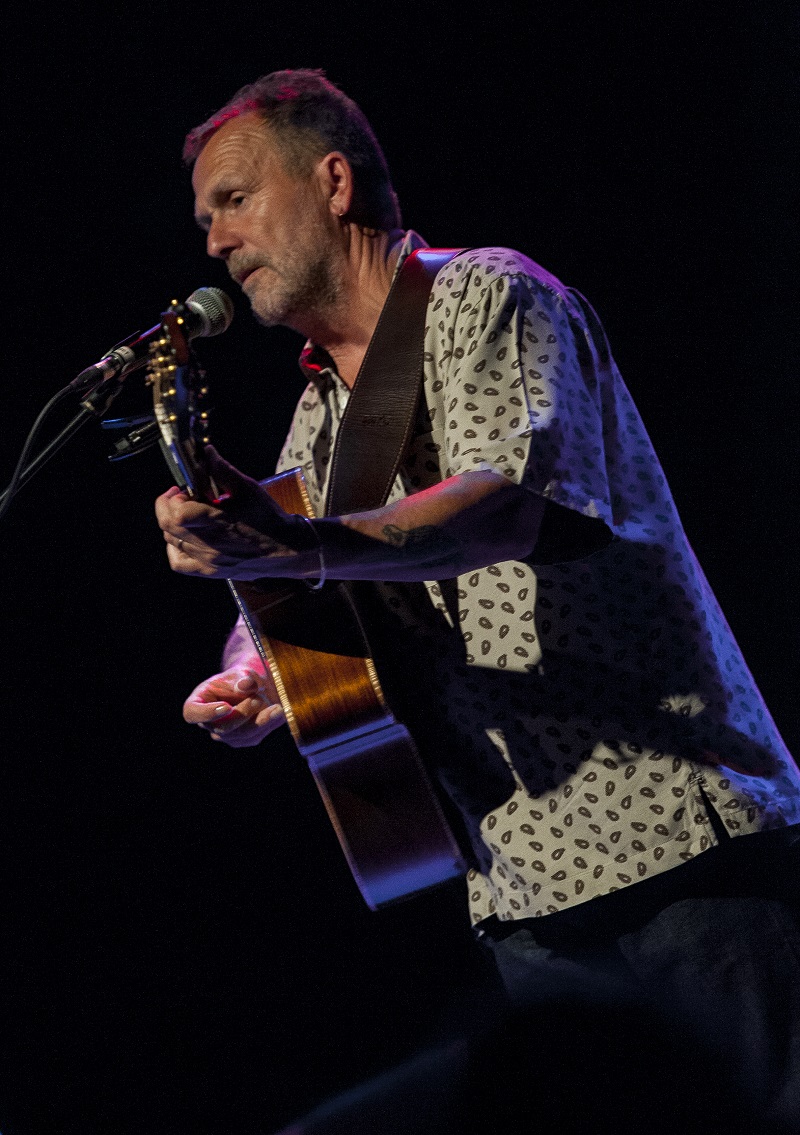 Hard to top it but they went pretty close straight after the interval where  ‘Fair Rosamund’; a VERY old song even in folk terms and another of those where the emphasis was on the atmospheric, not often a term associated with folk music.  Hey – they even invented  a new genre – ‘morris noire’ for ‘Angel Hill’, then dived into  a waltz from Andy Cutting and just popped in some  jug band stuff  harking back to Martin’s  before  hoe-ing  down on ‘Gather The Owls’ from the Elizabethan Sessions and ‘Train On The Island’  – not only taking the opportunity to vary the set but  show that like Midas, they have a knack of turning whatever’s in their hands to gold.

Any local disappointed to have their date with Fleetwood Mac at Manchester Arena cancelled on them would have done well to use part of the hefty refund for their ticket to buy a bunch of seats for this gig and see ‘Murmurs’ rather than ‘Rumours’. The set up was all topped off with the presence of Andy Bell in the royal (sound) box and probably the fourth member of the band and as  Martin and Nancy’s  two year tenure with The Full English project recently came  to a close, it looks like  another folk supergroup (hate the term but how else to describe them?) is emerging.

~
You can find Martin Simpson, on the internet here: martinsimpson.com.

You can find Nancy Kerr on the internet here: nancykerr.co.uk.

You can find Andy Cutting, on the internet here: andy-cutting.co.uk.

All words and images by Mike Ainscoe. You can find more of Mike’s writing on Louder Than War at his author’s archive and his website is www.michaelainscoephotography.co.uk