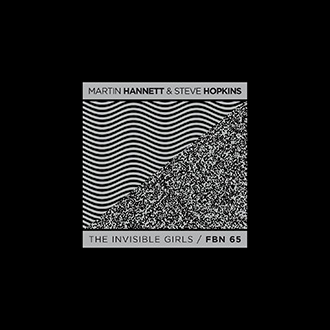 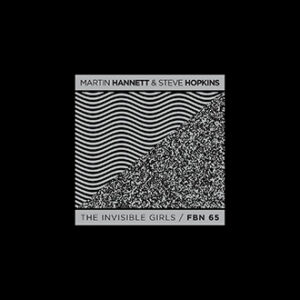 9 track vinyl issue of the demos Martin Hannett & Steve Hopkins recorded for their Invisible Girls project between 1980 to 1987, along with three Hannett solo items. They have all been newly remastered by Peter Beckmann. The pack also includes a DVD featuring a 13 minute long improvisation piece Celebration/Test Card, which also has a contribution from Durutti Column’s Vini Reilly… Ian Canty thinks he must be seeing things…

Martin Hannett and Steve Hopkins first met at a Soft Machine concert in July 1976. For his part Hopkins had been making music since the 1960s, but in hooking up with Hannett he moved from the comfortable if unrewarding show band circuit and into something else entirely. The Manchester punk scene was just about to click into gear and renamed Martin Zero, Hannett would soon be manning the boards on Buzzcocks’ landmark Spiral Scratch EP and Slaughter And The Dogs’ Cranked Up Really High, another early punk 45 on local independent Rabid, was another of his early productions.

Together with Hopkins he began putting together backing tracks for performance poet John Cooper Clarke, which is when The Invisible Girls’ name was pressed into service for their work. In addition to this, The Girls backed Durutti Column, as Hannett became part of the Factory set-up with his famous work producing Joy Division. He also clocked up credits on Magazine’s The Correct Use Of Soap, 1965/1980 by Basement 5 and Jilted John’s True Love Stories.

The pair’s work as The Invisible Girls is probably best know for them backing Pauline Murray from Penetration on her 1980 solo LP and the aforementioned John Cooper Clarke sessions though. The music contained on this vinyl issue The Invisible Girls did see release on CD a couple of years back. But these tracks have now been newly remastered by Peter Beckmann, who himself has racked up a long list of production jobs since the early 1990s.

Scandinavian Wastes starts off The Invisible Girls with a spoken count in and quickly establishes a rhythm around a delicate piano line. This was part of a series of “moods” tracks and it has a suitably wistful feel, with a hint of ringing bells and ghostly echo. The melody was apparently influenced by Abba and apart from the sawing guitar jangle I could note a slight resemblance. Seemingly linked by the dint of the similar title, Huddersfield Wastes follows. This number is led by a funky clavinet and bass, which is added to shivering synths to set off a frosty but danceable groove. The more conventional A Toy Of A Toy saunters along good-naturedly, with a steady beat provided by drummer Paul Burgess and a gliding piano. Finishing off side one of the vinyl is the lengthy jam Yeah, Yeah, Yeah, where an icy keyboard line and the familiar lope and bumble of bass and drums combine in loveable fashion. It’s hypnotic and different, with a nice crisp sound.

Flipping the disc over we find Time Is Slipping. This is a relatively straightforward, chugging instrumental piece that was featured on The Pauline Murray And The Invisible Girls album in a vocal mix. It is worth recalling that Hannett and Hopkins went out on the road in support of Pauline’s record, the only time The Invisible Girls played live. Then we have Space Music, which opens with suitably eerie drones, synth washes and treated voices. This effort is certainly a bit more “out there” than what we have heard up to this point, but in its favour it does possess a profound proto-electronica leaning which I liked.

First Aspect Of The Same Thing, along with Second Aspect Of The Same Thing, logically enough came together on a flexi disc included with the first Durutti Column LP. The two were Hannett’s own work, with the first offering more a rough electric pulse than anything else. I suppose the work of Throbbing Gristle a decent comparison. Martin was the sole player on The Music Room too, which made an appearance on the From Brussels With Love compilation album. This piece dated from early 1978 and has the same sparse, soaring synth feel that he would endow John Cooper Clarke’s first album with later that year. Finally we have Second Aspect Of The Same Thing closing out the vinyl portion of The Invisible Girls. Again this is all about constant machine movement like the First Aspect, but also comes across a little like a section of an orchestral work too. A neat and evocative sound with which to conclude the vinyl portion of this set.

As an extra, the vinyl is accompanied by a 13 minute DVD entitled Celebration/Test Card. Shot on video in 1980 and split in chapters 2, 8 and 16, this film offers a valuable and rare opportunity to see The Invisible Girls in action. They are joined here by Vini Reilly, who playing his customarily elegant guitar and remains in the spotlight, while Hannett and Hopkins are glimpsed darting in and out of the murk, manipulating the sound with sequencers, gadgets and synths. A metronome sets out the pace and the final section provides a climax to the “work in progress” feel as Martin straps on the bass to give a fuller sound. This is a nice bonus and ends with the note that the pictures were assembled by Brian Nicholson from a film called Factus 5, which sounds like the name of a planet.

Martin Hannett’s work with Steve Hopkins that features on The Invisible Girls is a world away from Joy Division and what most people would think of as “the Factory sound”. The items included here are often more accessible, but perhaps just as enticingly strange. This is a beautifully put together collection, something we have come to expect from Factory Benelux and the DVD adds value. It is only right and proper that Hannett’s genius in the studio should be celebrated and by copping an earful of this you can tap into the well of inspiration.