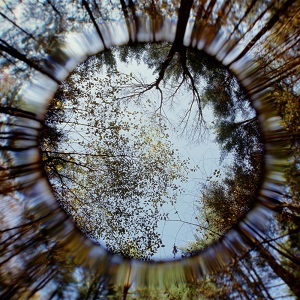 There can be little doubt that Primal Scream are one of Scotland’s finest exports, justifiably acclaimed and massively underrated. It should maybe therefore follow that the first album by keyboardist, Martin Duffy should also be something worth waiting for. Sadly, it’s not what you’d expect and will maybe have a limited audience.

There’s little doubt that the skills also tasted by Felt and The Charlatans are magical, but on Assorted Promenades and whilst a experimentalism is welcome by any artist, it’s maybe a little bit too far.

The opening notes of first track Promenading are lovely and many of the tracks have a beautiful shimmering feel which is an almost ever present throughout. There’s the striking match and lighting of a cigarette on Newmoania (blink and you’ll miss it) and several interesting sounds, but you can’t help but feel that rather than being avant garde it’s a lot of improvisation that doesn’t always work.

Hymn is short, sweet and absolutely gorgeous, but tracks like Section II sound (and is probably meant to) like an orchestra tuning up. Many would argue this isn’t music and credit must go to Duffy for spotting that maybe it is a music of sorts, but one can’t help feeling that it might just be his thought and no-one else’s.

There are, without doubt, highlights. Crux is again a lovely little thing as a repetitive hook is joined by several interesting effects, including low-flying planes passing by. It’s calming and endearing, and Sonic Interlude shows promise before being cut off far too early.

Number Six is also interesting in a ‘chamber music’ kind of style, but this time is maybe too long. It is maybe systematic of Assorted Promenades that the better tracks are too long and the shorter ones are the opposite. The neo-jazz elements of the album can be off-putting, as there often doesn’t feel to be any plan to their content.

As the album closes, Snowbound manages to create a scene of a winter-scape with marching feet and is probably the albums finest track, but it’s when Martin tries too hard to be different that things go a little awry.

~
All words by Paul Scott-Bates. More of Paul’s writing on Louder Than War can be found here. Paul’s website is hiapop Blog. Paul is working hard to save Radio Lancashire’s On The Wire, the BBCs longest running alternative music programme. Follow him on twitter as @saveonthewire for all On The Wire news or follow hiapop Blog on Twitter, @hiapop.