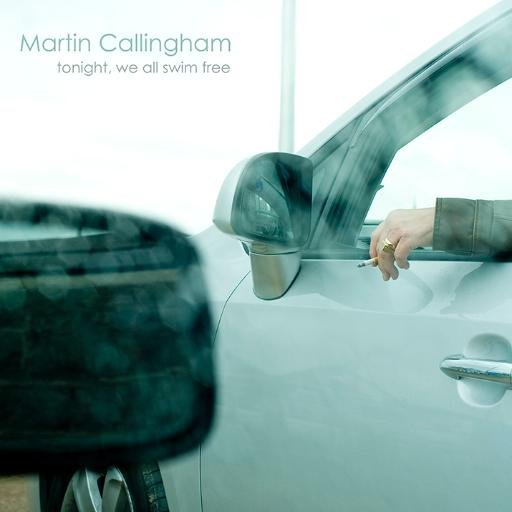 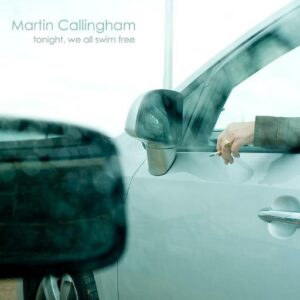 One probably wouldn’t get away with a review just saying that an album is nice, but Tonight We All Swim Free is just that. It’s nice, even lovely and maybe even the sort of album you want to take to bed and cuddle. It’s warm and comforting and makes you want to stay in its clutches for quite some time.

Martin Callingham has a soft gentle voice. Imagine a quieter version of Tom McRae and you won’t go far wrong, in fact his style of writing is quite similar too. Well formed, often sweeping pieces of delightful melodies and equally enthralling voice combine to contribute ten tracks to a thoroughly entertaining if all too short album.

It’s maybe fair to say that there are also comparisons to be had to Simon & Garfunkel. Martin has a sweet angelic voice very akin to that of Art maybe none more so on Build Us A Path and On Your Mark, the latter of which also has echoes (sic) of Julee Cruise and Falling (the Twin Peaks spookathon).

One of those rare talents that has the ability to make stories unfold right before your ears, his words craft stories and scenarios that are common to us all and we are able to relate to. Even the instrumental Ken does enough to conjure up the image of an adult learning to swim in a packed public pool.

Tonight We All Swim Free has already been lauded by Radios 1 and 6 and it’s easy to see why. It’s perfect ‘alternative’ fodder which has the potential to reach larger audiences. Portland Square was a recent favourite as its understated guitar work and gentle hook sit comfortably with mild percussion and occasional cymbals, and recent single Knots whilst more upbeat continues the sublime stream of complete and utter loveliness.