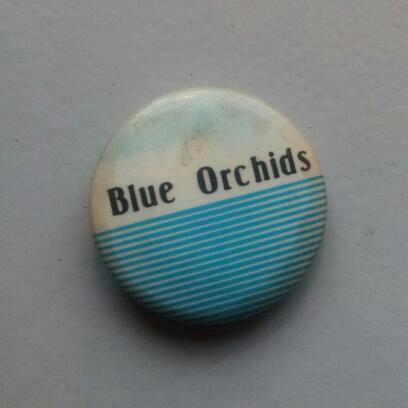 Martin Bramah was one of the founder members and key architects of The Fall. When he left in 1979 he put together the Blue Orchids (They got their name from John Cooper Clarke) who made  series of wonderful records including the timeless Work.

Since then Martin has appeared up the same name or as Factory Star or Thirst and even rejoined the Fall for the Extricate album before getting sacked in Australia. Defying history and time the Blue Orchids are back and sound stronger than ever and are playing gigs and have other plans…stay tuned at their facebook page.

‘Ok, so here are ten albums I thought I’d share with you, dear reader – but only under duress – making this list was like pulling hens teeth!’

1. James Brown & The Famous Flames: Live At The Apollo.

One of the best live albums ever recorded. The young James Brown at the height of his powers, incomparable.

One of my earliest musical memories was seeing him on TV. He was totally in the zone, a force of nature. Toward the end of his show he collapsed to the floor, emotionally spent – a couple of minders walk on stage, wrap an ornate cape around him and lead him away… but just as he reaches the wings he stops, throws off the cape and runs back to the mic – the spirit has moved him. Again, he gives his all and collapses. Again, the minders walk on and drape an even more ornate cape around his shoulders and lead him off – but James has yet more to give! He shrugs off the cape and heads once more unto the spotlight!

I found this traumatic emotional outburst quite disturbing as a child (it fooled a lot of adults too at the time), then when I was a bit older I realised this was ‘showmanship’ and I was most impressed – what a guy!