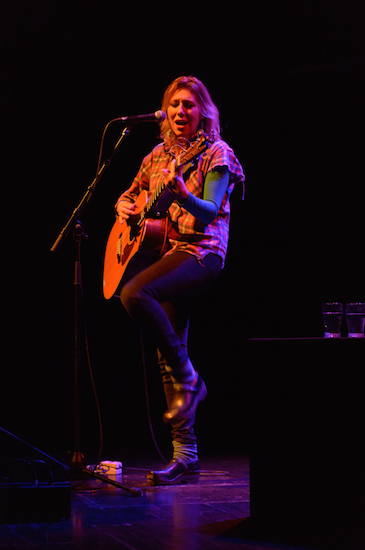 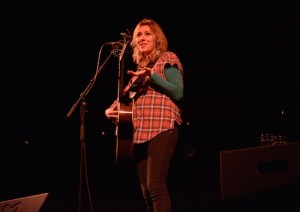 A stripped back solo performance of epic proportions, Martha Wainwright is truly one of a kind. An evening of beguilingly beautiful songs and by the end of it there is not a dry eye in the house. Lee Hammond reviews.

Nights like this are rare to say the least, stripped back and raw. Martha Wainwright taking to the stage alone, all eyes transfixed on her awe-inspiring presence. A shirt with one arm longer than the other perhaps not the attire of someone with this amount of talent.

Tenderly approaching the soul microphone, she plugs in her guitar and opens with one of her mother’s most beautiful tracks. ‘I’m A Diamond’ her beautiful voice takes over this breath-taking hall; Martha’s musical heritage is never going to be in doubt.

However, she commands this stage with such ease, this collection of songs would thrill anyone but Martha’s attitude and her storytelling ability are what really takes the fore this evening. So humble and down to earth yet her sharp wit and brilliant comedic ability raise the mood in this otherwise silent venue. 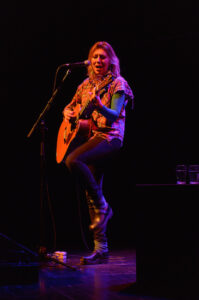 Covers of both her mother and fathers tracks, yet one of our favourite tracks is ‘Four Black Sheep’ the story that accompanies this track is nothing short of hilarious. There’s no wonder the CBC never played the song as it ends in a typically gruesome manner with the four characters dying in a horrific car crash.

She makes quips about not playing in the Sage’s larger hall, as she breaks into a beautiful cover of Wade Hemsworth’s ‘My Mother is the Ocean Sea.’ Something of a jaunty number as it breaks up tracks from her new album, the new songs seem to have a different slant on them. Writing from her husband’s point of view her voice takes on an odd tone, yet again bringing out her comedic streak.

Her new songs possess her beauty but she’s come at them from a different angle, songs about being a poor parent. She describes as being apt at the moment, before her children are able to understand her lyrics and developing a long-term hatred towards their mother.

All of this we assume is in jest, as she closes her set with the last song her mother wrote prior to her untimely death ‘Proserpina’, a beautiful moving song a fitting end to the set. Yet she returns to an impromptu Edith Piaf number, there is not a pair of eyes that are not fixated on Martha’s beautiful voice as she takes on the track acapella.

Speechless, aghast was it possible to top this of course it was, a touching story about a dear friend taken too early, all he wanted to do was hear Randy Newman’s Baltimore and Martha pays tribute to this in her encore. Its safe to say as this rings out there is not a dry eye in the house a beautiful fitting way to end a phenomenal evening.