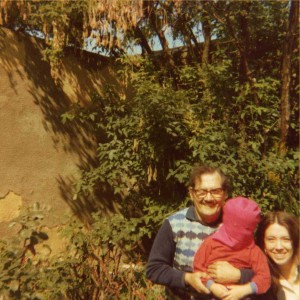 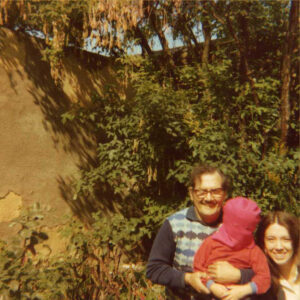 MARTHA are the sort of old school indiepop band who used to regularly pepper John Peel’s Festive 50. Well, annually anyway. Fact is, if Peel were still with us Martha would have stacked up a fair few sessions for him and you’d all know their name. As it is, it’s up to people like us to bring them to your attention, which is exactly what Clive Hammond’s doing below with a review of their re-issued first EP, now out on vinyl for the first time.

What do fabled pop-star Kylie Minogue, grime artist Example and American punkers The Offspring have in common? All ‘indie’. No wonder ‘rent-a-quote’ activist and part-time troubadour Morrissey labels “the word ‘indie’ [as] meaningless” and “so overused that people think it simply means green hair”. Ever since the guitar fuzzed, tweed trilby wearing, street au fair vocal invasion of the 00s, the moniker has become lost. Durham outfit Martha have been on a crusade to reclaim the label. And Tuff Enuff Records’ reissue of 2012’s eponymous extended play is a distinct prompt of where it all began.

Like most collective ‘indie’ groups, Martha have inherently conflated an assortment of mobocracy flavoured idiosyncrasies throughout the crux of their ebullient, anarcho-pop sound. Compelling hits of Pete and the Pirates utterances, raucous bouts of ‘Up the Bracket’ era Libertines distortion and fracturing bass shifts that arouse the senses to forgotten wonders The Rakes; Martha are a variety pack for the maudlin, workaday beatnik.

‘1978, Smiling Politely’ – acting as Martha’s alternative folk rally against blighted romance, contains bursts of jerking, driven guitar murmurs that free up the loose bass to act as the skeleton upon which the Teleman touched expressions are able to carry out phrases like “for 14 years, my body betrayed me, unread books on dusty shelves tell a story of their own”. On ‘1848, Yawning Discreetly’ – the authority behind the dragging opening chords soons become defunct as the quartet’s chaos-laced tendencies pummel after a Franz Ferdinand meets Razorlight breakdown – follows a similar design. Both tracks create reluctant eruptions of powering hooks and intricate vocal collages and end in typically Los Campesinos! commotion; a pop-savvy mob chant adjoins a beaten half-time troupe, with the results routinely drizzled in reflective melancholia.

Martha’s core appeal lies in their potent, energy augmenting sound. With its raw, untarnished spirit running through their blood, this temper also floods into the original recording. ‘Gretna Green’ (“in spite of everything that I have done wrong, I try to write a happy song) discusses a yearning for serenity and closure on the past and against these introspective phrasings, the rough capture – disordered and quaking in its lust for broken progressions and stinging guitar melodies in its bridge – is reminiscent of the groups they dieted themselves upon.

‘Standing Where It All Began’ – a dotted guitar brings in the shattering crash of the full Martha mob to create more insatiable alternative grooving on the group’s latest single – and ‘The Ballad of Lucy Connor’ – culminating in a Walkman-styled climax as the trouncing vibrancy of the group continues to swell, is juxtaposed against Clash-flavoured guitar patterns and boyish wordings on zebra crossings and tattoos – are clear coherers to Martha’s dance savvy policies.

Marth’s self-titled EP is a nostalgic look to the days before the Pity Me born rockers arose. It’s a flashback to a period when all the adverse nuances littered columns about a reawakened branch of alternative punk. Brazen, crude and inbornly strident; Martha’s magnetism should still be celebrated three years on. See you in 2022 for the next re-release.

Buy this artefact on the vinyl at their label’s Bandcamp with or without sew on (so on!) badges. Looks like to just get it as a download you should hit up the band’s Bandcamp (see below) (but I might be wrong.)

Martha have a slew of dates coinciding with or more accurately just after the re-release of this eeeeeeepeeeeee. They’re as follows:

Martha can be found heard at their Bandcamp, liked on their Facebook and followed on their twitter, where they gad about under the somewhat accurate handle @marthadiy.