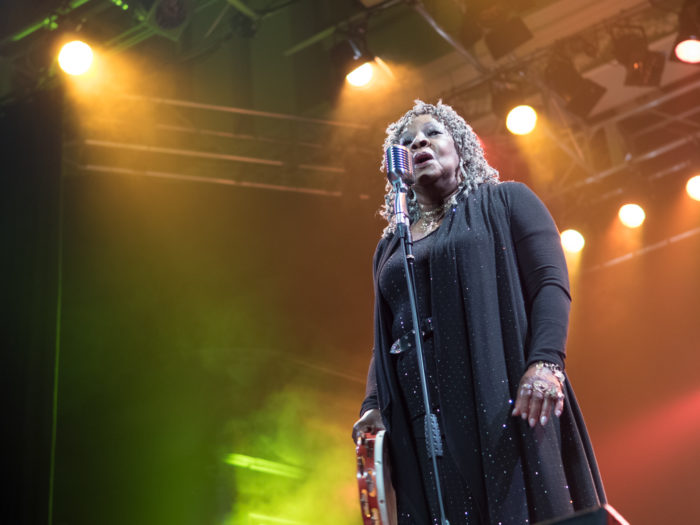 Martha Reeves and the Vandellas

Paisley’s warrant to brag about drawing some of the world’s greatest stars to its town continues as Motown and soul’s shining light Martha Reeves and the Vandellas perform at the Spree Festival. Louder Than War reviewer Stephen Watt and photographer Eddie McEleney hop on the Detroit music vehicle for the ride.

Seventy-seven years old and sparkling in a dress with more shimmer than Paisley Town Hall’s chandeliers, Martha Reeves adorns the stage with the deserved timeless quality of a living legend without any of the pompous diva attitude many contemporaries believe to be essential to remain in the spotlight.

Quite why the radiators are switched on inside the remarkable, neo-classical building before the Heat Wave-star featured is anyone’s guess. Support act the London African Gospel Choir carry more than enough dexterity to warm up proceedings, presenting Paul Simon’s quintuple-platinum 1986 album Graceland to the loud, Saturday night-charged Paisley audience. 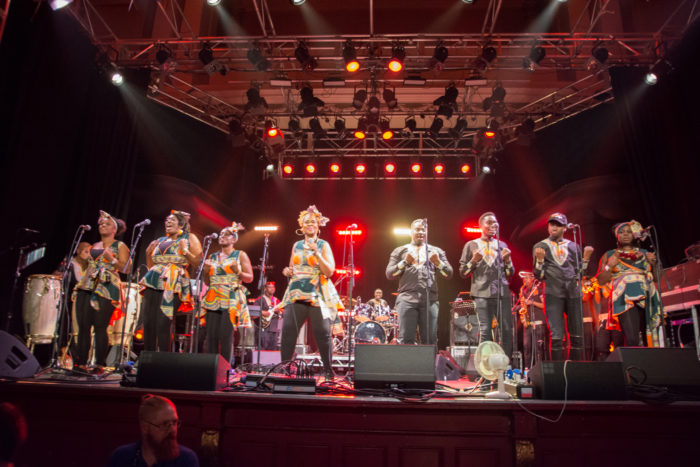 The Town Hall’s spacious stage lends itself admirably to the sizeable band. Calypso sounds, horns and bongo drums behind colonialism-themed track All Around The World or the Myth of Fingerprints open the show. It is wide smiles, synchronised dancing, uniformed and polished. Sassy frontwoman Prudence twinkles during Diamonds on the Soles of Her Shoes, while the African acapella harmonies delivered on Homeless captivate the large share of the crowd who are listening. There is a friendly rapport with the audience, humorously flaunting the different octaves in the band during Graceland prior to crowd-pleaser and charm of the Chevy Chase-cherished hit You Can Call Me Al.

With tambourine clutched in her right hand, soul’s Queen Mother Reeves leads her sisters Lois and Delphine along with the rest of the Vandellas onto the stage. Speaking into an old-fashioned microphone, she is visibly touched by the generous crowd which has filled the hall in association with the Paisley Spree Festival. “We have come all the way from Detroit, Michigan to make love to you”, she coos to the crowd before opening with recent soul-rocker Holy Highway. 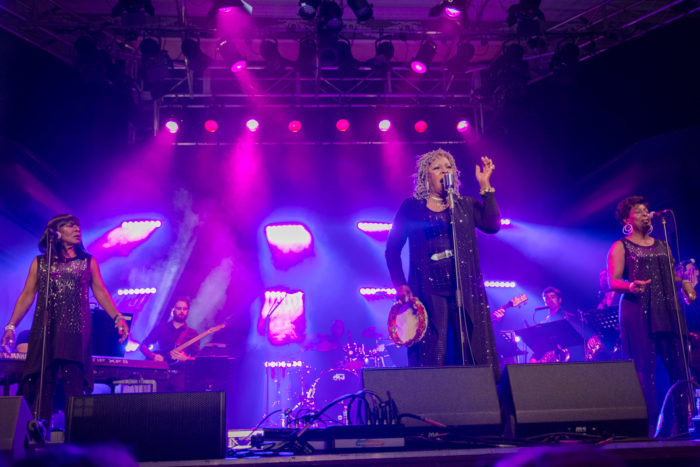 Horns and funk merge with Reeves’ high vocals, tinkling the afore-mentioned chandeliers during covers of Marvin Gaye’s What’s Going On? and Jimmy Cliff’s Many Rivers To Cross, perfumed with a jazz mist which showcases the strength in the Vandellas band. If one legend performing another legend’s smash hits isn’t enough to capture the listener’s ear, it becomes apparent at this stage that many of tonight’s revellers have been given their only night of the year off from watching the children, drawing several requests to hush down when the songstress spoke with the crowd.

Although breathless at points during her set, the high quality of Reeves’ repertoire during the 1960’s Motown holy trinity of Come And Get These Memories, Heat Wave, and Nowhere To Run, coupled with the lively and cheeky conversation between songs, brings a positive energy between crowd and performer. “At seventy-seven, you don’t like bending down too much”, Reeves quips before launching into the bass-driven Watch Your Back.

Paying homage to her own heroes, Reeves cheekily lists the countless names who have covered Dancing In The Street, from Van Halen to The Grateful Dead, before exclaiming that she is the rightful owner of the song (written by Marvin Gaye, Mickey Stevenson and Ivy Jo Hunter in 1964 and reaching No. 2 in the U.S Billboard Hot 100 when performed by Martha Reeves and The Vandellas). No-one is going to dispute with her at this point, as the band welcome on stage a few friends from the audience to dance the Twist, the Jerk, and the Huddly Duddly. 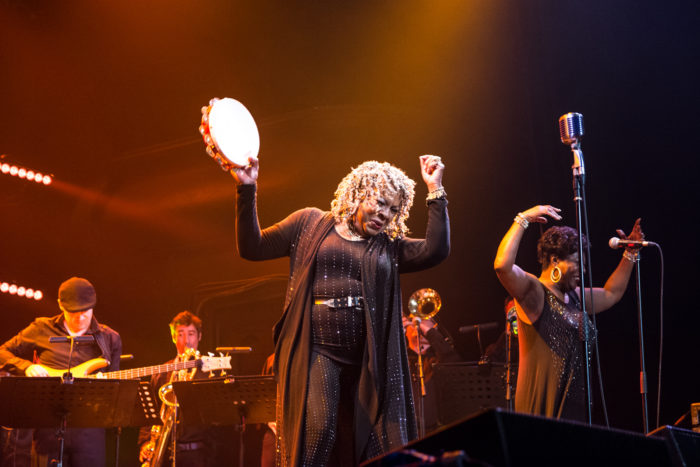 Interspersing the hit song with The Four Tops’ I Can’t Help Myself (Sugar Pie Honey Bunch) and Eddie Floyd’s Knock On Wood – delivered in Amii Stewart’s style – Martha Reeves and the Vandellas leave the stage to air kisses and waves from several of the audience attending by themselves tonight. “Every guy, grab a girl, everywhere around the world” – it’s a simple message so often twisted out of context. Feel-good gigs are few and far between, but while Motown remains in the world then there will always be a reason to dance and smile.