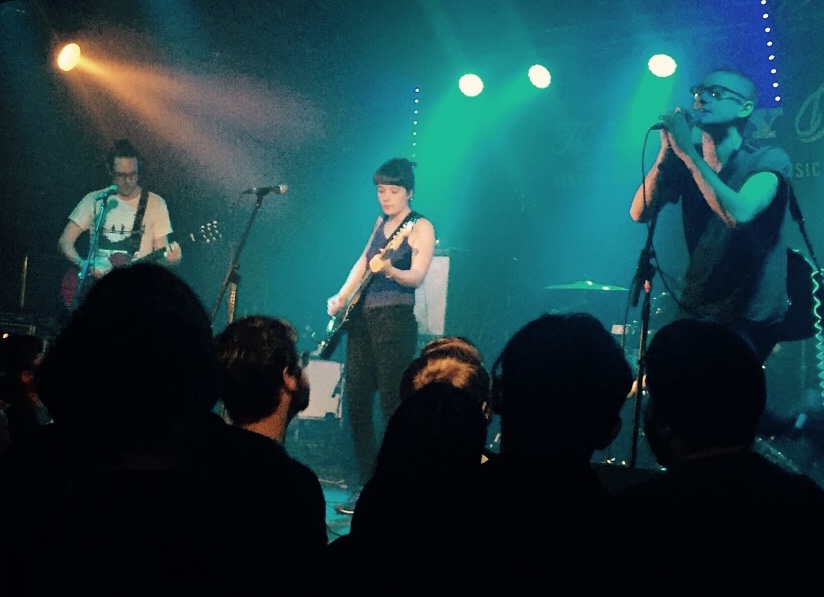 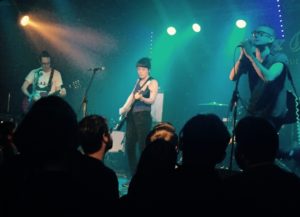 Coming hot on the heels of their new album Blisters in the Pit of my Heart, one of 2016’s best releases, Martha play their first gig in Derby and get the town dancing.

The door of the van slides and slams, a full stop to the night. Martha head away from Derby leaving the rest of us on the street, grinning big stupid grins of utter delight at each other. Gigs like this don’t happen in Derby that often (that’s not to say great stuff isn’t going on, it is, but as a city we do have apathy issues) but when they do, they make all the other nights of low turn outs and moaning more than worthwhile.

Opening tonight is Little Courage, a local band who haven’t played a gig in five years. They are making a return to the Derby scene originally coming at the tail end of the UK emo scene of the early/mid ’00s. With sweeps of big guitar and loud/quiet/loud drops with rounded vocals and lyrics about robots this band seem to have found a way to bring the music of ten years ago directly to the here and now without it tiring or becoming dated.

Meanwhile Prizefighter are fresh from playing last weekend’s Indietracks and hit their stride tonight. Alex Hale (August Actually) is now a permanent member and between him and frontman Ben Walker you have two of the best songwriters in the Pavement-vein around at the moment. This new line-up means you have two distinct sides to the band – maybe the juxtaposition of broken songs of grief and indie-disco-dancefloor-fillers-in-waiting about robots (tonight’s unofficial theme) shouldn’t work, but it does.

Just as it does for Martha who mix bittersweetness and pop punk to brilliant effect through a storming headline set.

Despite this being their first gig in the city they are received like homecoming heroes and there is genuine joy throughout the crowd tonight as they gather close to the stage, dancing and singing along to every single song. Mixed with tracks from new album Blisters in the Pit of My Heart are those from their back catalogue including debut long player Courting Songs.

If earlier songs were about growing up punk, different or awkward then that theme carries through to this latest set, but shines a different light; the pains of being punk as a grown up and staying true to yourself despite the daily grind. This is music for the mundane inevitability of broken hearts and its almost as painful opposite, the barely-containable swell of love, life and ‘what ifs’. It is sadness and elation, hope against the odds, it reveals the grand scene of human emotion and the current climate through focus on the smallest detail. It sets it all to a cute core pop punk offering that means whether it’s with a massive grin or a tear rolling down your face the only option seems to be to dance your way through it all.

Quiet heroes of the indiepop scene Martha prove that punk ideals don’t need to be poe-faced or angry, sadness and struggles don’t always have to be raw. And tonight, just like Curly and Raquel, we were celebrating our love for you: one of the best bands around right now both on record and on the stage.

You can read an interview with Martha in the current issue of Louder Than War magazine. Find it in WHSmith, independent newsagents or order online.

Album Blisters in the Pit of My Heart is out now on Fortuna POP! Find the band on Facebook and Twitter.

All words by Sarah Lay. Sarah is editor of Louder Than War and you can find her on Twitter with more of her articles in her author archive here. She provides LTW’s recommended track of the week on Radio Andra’s The Rumble – tune in every Tuesday from 8pm or listen again here.