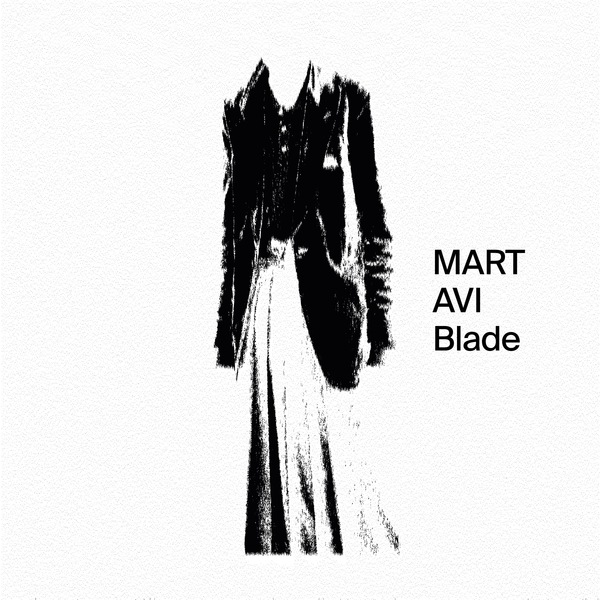 Recent reports of Mart Avi involve sightings of him placing parcels in odd places around the city of Tallinn. Map references were given out online and envelopes containing ephemera, including opals and rare basketball cards, were placed for those wanting something a little different in their lives.

This is not the behaviour expected of a pop star. But then, when has Avi ever done anything that fits into a standard narrative?

Fittingly, Blade, his new record, is a pop record that sounds like nothing but a Mart Avi record and has little relation to what contemporary pop records should be, even though it is very much a fresh and attractive sound, chronicling the “here and now”. Blade is first and foremost a beautiful dream. Avi casts himself as a funky Prospero, creating vast emotional landscapes that disappear almost without a murmur. Opener ‘Feline’ sets the tone with its brilliant understanding of space and silences. It’s a half song really, one that is able to masquerade as something else and prove how Avi uses quiet sounds and subtle tones to colour a listener’s mood.

Make no mistake, this album is here on our planet to seduce. There is a deliberate use of arpeggios, half-finished passages, loops and throwaway licks throughout, that keep on adding to the mystery. ‘Lost Weekend’, with its taut, uptempo bass bop (reminiscent of Prefab Sprout) and featherlight synth part keep us guessing what’s next. ‘Life For Sale’ relies on a single piano note to create a wider sonic hinterland, akin to Dido cutting the ox hide to create Carthage. This kind of thing happens throughout. ‘Devil With A Glass Hand’ a lackadaisical brass sample adds a moment the listener can hang onto whilst the microcosmic patterings and atonal whispers that make up the rest of the music, bring us into a state of pleasant inattention.

Unsurprisingly, given all of the above, Mart Avi has a peculiar knack of sounding at once present and absent in his music. Sometimes listening to one of his records is akin to smelling something cooking from a window; you want to stick around for as long as the seduction lasts, realising that the memory can’t be kept, or described to others. As said earlier, it is noticeable that many of the tracks end without you really registering. ‘Big Sleep’ heaves and sighs its way out of existence, setting up the cosmic rumble of ‘Untraceable’ (surely the ultimate Mart Avi title) which also slips its moors with nary a murmur. Over time you start to wonder where these tracks go in your memory. Music for operations underground?

Now and again we get a funky beat to pull us out of our lotus positions: though don’t be fooled. ‘The Beat I Go After’ and ‘Beauty Attacks’ are initially muscular pieces that still, somehow, slip past us. Again, we feel like we are having our memories wiped in preparation for something else, especially noticeable with the strangest track on Blade, ‘The Footage’, which could soundtrack someone reading the dossier from the police investigation on the Dead Mountaineer’s Hotel.

The whole record is a tremendous excursion into the Land of Modern Pop Music, but best is saved to last with the superb single, ‘Tides’, which incorporates a fearsomely itchy baggy shuffle with some dystopian beats and tonalities. Here, Mart Avi, framed like the Long Man of Wilmington, finally turns to his listeners from the door hatch of his craft, waves and sets off into space again. We await the next spotting, but, for now, we have this.