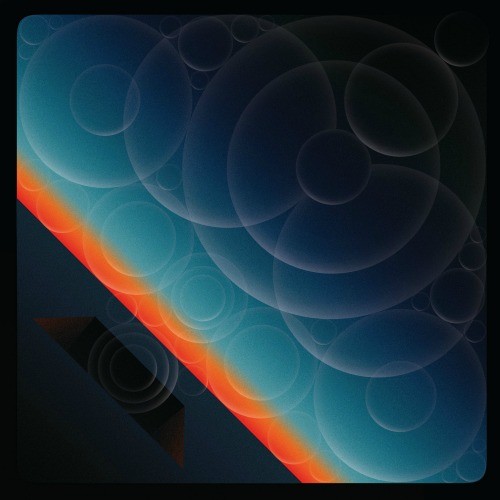 The Mars Volta have a legacy that continues to grow and grow. The project spawned from the El Paso post-hardcore punk band, At The Drive-In, who have reformed this year to play a series of Summer festivals. It’s a busy year for Cedric Bixler-Zavala and Omar RodrÃƒÂ­guez-LÃƒÂ³pez, with thoughts still well and truly on their creative future whilst dipping into the past for a short while to revive the nostalgia of their youth, the band that defined their legacy,Ã‚Â and future asÃ‚Â The Mars Volta.

TheÃ‚Â Grammy award-winningÃ‚Â Mars Volta have always been a step upwards and outwards compared to the raw powerÃ‚Â and simplicityÃ‚Â of At The Drive-In. Their music can’t always be described as accessible,Ã‚Â or even coherent. They’re renowned forpushingÃ‚Â the boundaries as far as prog-rock andÃ‚Â experimentalism is concerned.RodrÃƒÂ­guez-LÃƒÂ³pezÃ‚Â and Bixler-Zavala are truly the creative forces within the band, with other members coming and going following various fall-outsÃ‚Â and quarrels with the two leaders. It seems that withÃ‚Â ”ËœNoctourniquet‘, as they get to a certain stage of their career, they have almost mellowed to a degree. Now, compared to the complexity and elaborateness of their previous efforts,Ã‚Â ”ËœThe Bedlam In Goliath‘Ã‚Â for example, they’reexperimentingÃ‚Â more with the idea of accessibility as was evident with their effort on 2009’s success,Ã‚Â ”ËœOctahedron‘.Ã‚Â ”ËœOctahedron‘Ã‚Â was an album that delved in the idea of more acoustic influences, although still showing multi-instrumentalism in parts. The lead singer even admitted himself “All along we’ve threatened people that we’d make a pop record, and now we have.”Â This changed the format of the band altogether. They were no longer known as the band that made music only music students could appreciate. They actually made an album that anybody could enjoy, changing the scaffolding for future audiences that may not only be interested their future work, but even their previous records.

In 2012, however, they still have thatÃ‚Â power;Ã‚Â Cedric’s screaming,Ã‚Â Rush-esque vocals are the driving force of the album,Ã‚Â Omar’sÃ‚Â skill with a guitar thatÃ‚Â is still evidentÃ‚Â to be out of this world. Omar is one guitarist, along with his regular collaborator, John Frusciante, who I consider to be up there with the greats, Hendrix, Page, Beck, White, Frusciante, andÃ‚Â RodrÃƒÂ­guez-LÃƒÂ³pez. His consistent drive to do things that no others have done isÃ‚Â something that sells the band, he distorts and wails alongside Cedric’s devilish shrieksÃ‚Â and screams. They really are the perfect creative duo. I sometimes think that if Robert Plant and Jimmy Page were making music together in the current climate, they would probably be nearer to The Mars VoltaÃ‚Â than any other musician today.

A highlight of this album isÃ‚Â the clear progression into more pop formula structures. Leading track (made availableÃ‚Â prior to album’s release),Ã‚Â ”ËœThe Malkin Jewel‘Ã‚Â is like a waltz with a bumbling verse I could imagine supporting a VictorianÃ‚Â disease-ridden, LondonÃ‚Â street. Distortion and electronics supportÃ‚Â Bixler-Zavala’s powerful anthemic vocals. The Mars Volta’s sixth album is a triumph as far asÃ‚Â popÃ‚Â progressionÃ‚Â isconcerned. But then again, did anybodyÃ‚Â expect them to ever do anything twice?

Another thing that’s quite understated is Cedric’s strive to limit the high notes. On previous albums he could be heard to reach the maximum notes on tracks such as”ËœCassandra Gemini‘, almost showing off his ability. On this album it’s clear he’s proved what he needs to and he’s at the stage where he can use his vocal range to his advantage and dictate when and where the high notes need to be applied, and where they don’t.Ã‚Â The title track, on the other hand shows him straining his vocals on the chorus, sounding like he is shreddingÃ‚Â his throatÃ‚Â and tearing his vocal chords to give the right effect, a true effort from aÃ‚Â powerfulÃ‚Â vocal experimentalist.

Lyrically, Cedric has always explored both fiction and reality and combined the two, creating truly sensational poetic imagery.Ã‚Â ”ËœTrinkets of Pale Moon‘Ã‚Â is a more acoustic effort, with Cedric singing in his high tenor vocal range “And every time you hear thescreamÃ‚Â of lullabies collapsingÃ‚Â walk towards the echo and let it hold you trembling”Â. Cedric has always cleverly incorporated abstract imagery and transfusedÃ‚Â it with the reality and it is refreshing to see his poetic style is still prevalent throughout the latest LP.

Despite their announcement of the ATD-I reunion later this year, I find it quite a surprise that their sound is such a long way from the band of their youth. They claimed there would be no new material fromÃ‚Â At The Drive-In. Well,Ã‚Â they’re going to have to adjust prettyÃ‚Â well, all luck and credit to them for that.Ã‚Â ”ËœNoctourniquet‘Ã‚Â is an album of subtle complexity, only using certain formulas when needed, but exploringmultipleÃ‚Â influences and distortion nonetheless. They demonstrate they still have the skills that won them their Grammy in the first place. The skills of orchestrating and composing multiple instruments and making them fit into their melody where best suited. Cedric Bixler-Zavala and OmarÃ‚Â RodrÃƒÂ­guez-LÃƒÂ³pezÃ‚Â are two of the most productive and creative musicians in the music industry.Ã‚Â ”ËœNoctourniquet‘Ã‚Â is amarvellousÃ‚Â effort, pushing those boundaries and expectations yet again.

The creative future for The Mars Volta has never been written, and it cannot be predicted, especially not forÃ‚Â their latest success,Ã‚Â ”ËœNoctourniquet‘.