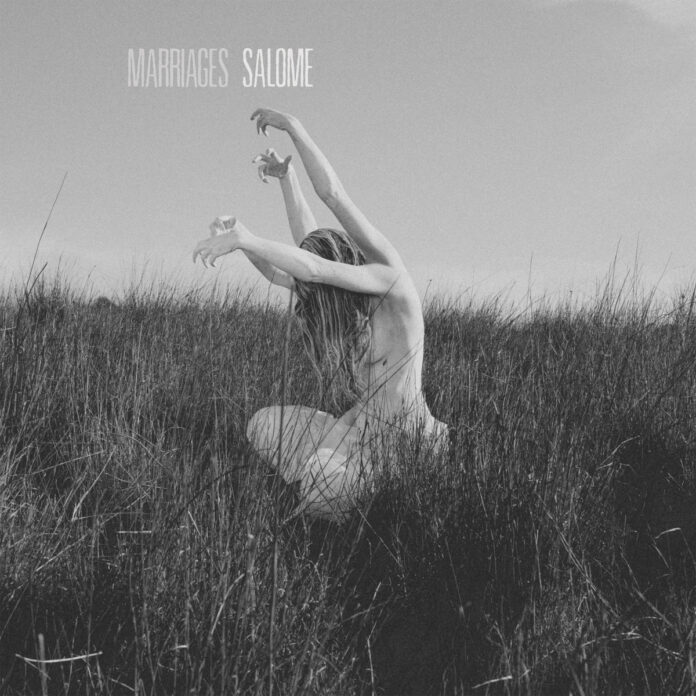 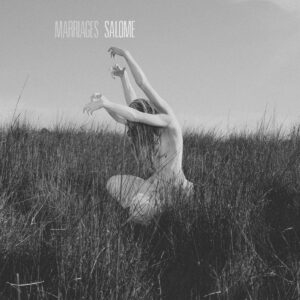 There is a undeniable urge when writing an album review to be clever and whimsical and full of in-the-know anecdotes. I don’t know if it’s pride, but something takes over to make you want to prove to the world that you ‘got’ this piece of art on a level that required a superior brain full of musical expertise not tapped into by common folk.

If you don’t know what I’m talking about, pick up a copy of one of the glossy, serious music publications and have a flick through the reviews.

However, Salome by Marriages makes me want to go in the opposite direction of being a pompous music critic. The nine tracks on this long player inspire me to express my emotions simply: I fucking love this album.

Now that’s out of the way, on to the wanker review stuff.

Marriages have pieced together a quality collection that defies the skip function. Each track belongs exactly where it has landed on the disc and rock aficionados everywhere will savour the raw atmosphere coupled with polished musicianship.

These tracks have trundled into 2015 like a runaway train heavily loaded with rock music for the ages. I adore the clear connections to pioneers such as The Cure and The Banshees, but be sure these nods are not a distraction from tunes that explode, shimmer and whimper on their own merits.

Southern Eye does that marvellous thing good rock songs do as it manages to create an intense atmosphere and space with intricate and measured noise, before soaring inside a tornado of guitars, drums and ferocious vocals.

Binge is a track that sums up why Marriages need to be the biggest rock band on the planet.

This fifth track off the Salome set rhythmically struts like a military march before exploding into a rock wail. Before you are swamped by a wall of sound, the track suddenly drops back down to the seductive, snarling swagger of the verse again. This is a song that is crying out for an arena of sweaty, arms-in-the-air kids losing their collective mind. Killer vocals. Killer guitar solo buried ever so tantalisingly in the reverb. It is pure drama that I would pay good money to see acted out in front of thousands of people.

Salome by Marriages is rock music of your past, present and future. Listeners will lovingly recognise well-worn musical paths as they simultaneously marvel at a group of people driving sonic enjoyment into a world of unexplored possibilities. And it sounds fucking awesome.