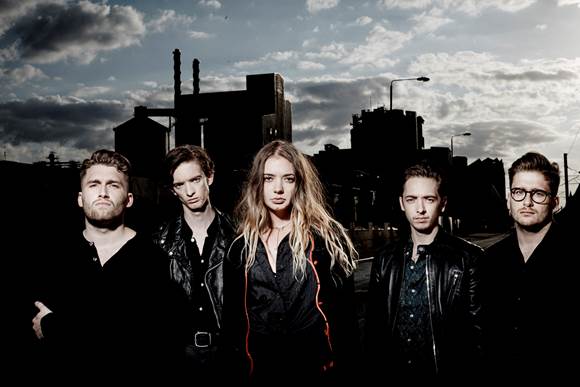 Acclaimed math-rockers Marmozets are back and taking to the road in a series of UK dates warming up in advance of Leeds and Reading Festival performances this August. Katie Clare reports for Louder Than War.

After winning Kerrang!’s coveted Album Of The Year award in 2014 for their debut album The Weird and Wonderful Marmozets, stage sharing with the likes of Muse and Royal Blood and playing a mass of celebrated festival shows through the same year and 2015 the much-admired five piece from Bingley, West Yorkshire took some time out.

Teasing this January on social media the Marmozets the band stated that they had recently finished their second album and just a month later were announced as part of 2017’s Leeds and Reading Festival. This summer they’ll embark on a seven special date warm-up tour ahead of their festival appearance. The shows come as the band finish up those last elements of their enthusiastically expected sophomore album which has been produced by Gil Norton (Foo Fighters, Pixies).

Earlier this year, while speaking about the new album, vocalist Becca Macintyre commented: “The sound we have so far is incredible. It’s still very much Marmozets and when you listen to it, it sounds like we’ve all recorded it in the same room. That’s exactly how it should be. It transmits the energy that we have when we play live.” The bands guitarist Jack Bottomley has also be excitedly sharing details of a more structured, clearer vibe and a second album where the tracks fit nicely together.

As a band the Marmozets have always muddied their math rock origins with punk rock agreements while performing with momentum and a refreshing no compromise attitude so expect these warm up dates to crackle with oomph after their lengthy hiatus. The scheduled dates are as follows:

Tickets are on sale now from See Tickets – here.

Article by Katie Clare. Further news, reviews and interviews by Katie on Louder Than War can be found at her author’s archive. She can also be found on Twitter where she tweets as @tokyo_katie.