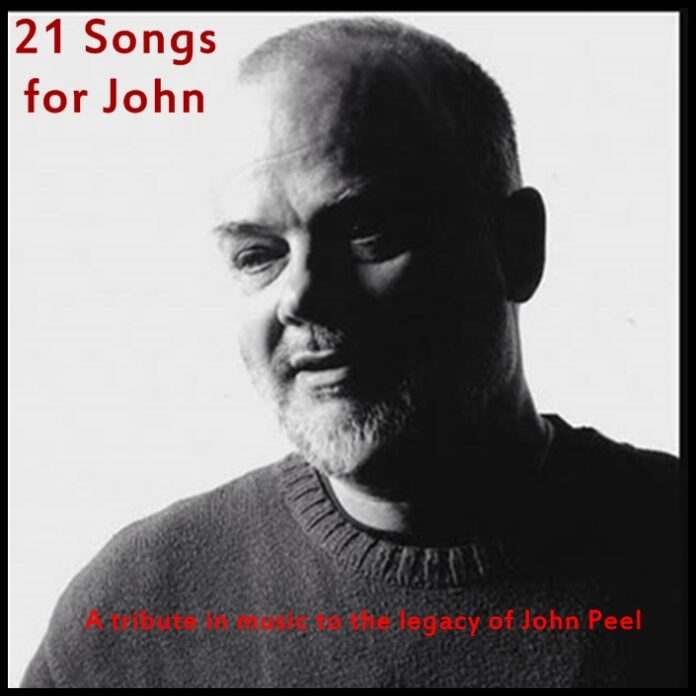 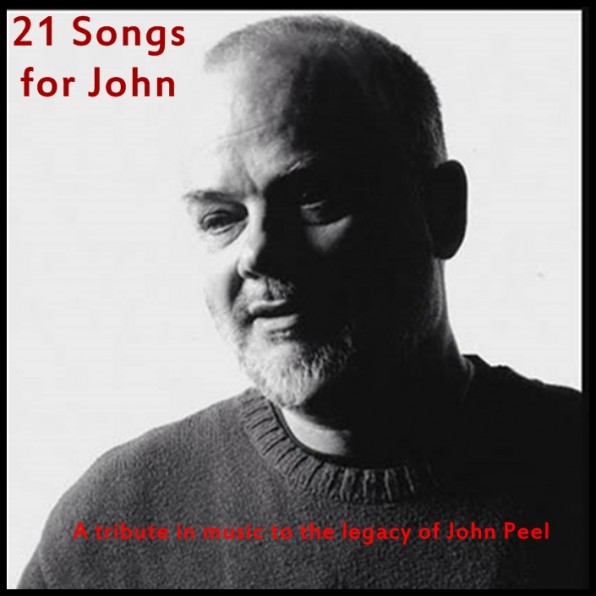 We asked Mark Whitby, Dandelion Radio DJ and all round decent cove, to write us a piece explaining why he’s just released a magnificent 21 track compilation of bands who Peel played and loved. The short answer is to send Peel a message that says “…we remember you, John, and your inspiration is very much alive and kicking.” The long answer can be read below…

To mark the 10th anniversary of Peel’s death and to celebrate the legacy of the great DJ, 21 of his favourite artists have contributed a free compilation album released via the bandcamp site of the Unwashed Territories label. Mark has put a few words together to tell us about the release – how the idea of doing it came to him and how he set about organising it…

“It was when watching the marvellous JD Meatyard at one of my Dandelion Radio colleague Jeff Grainger’s nights in Oldham that the idea came to me. They were tearing up a version of ‘Lies, Lies & Government’ by John Donaldson’s previous band, Peel legends Calvin Party, reminding me once again what an extraordinary song that was, remembering where I was when I first hear it, and how it would be great to use it in some way to commemorate the forthcoming tenth anniversary of John Peel’s passing.

“I allowed the idea to germinate a bit, got in touch with John D., he suggested his Probe Plus label mates Half Man Half Biscuit might get involved too and the idea quickly grew from there.  After sending out a few more invitations that were quickly accepted, it became clear that 21 Songs for John, the resulting compilation album, was going to happen. There were very few bands that wouldn’t or couldn’t take part, and the majority of those still gave the release their best wishes and it quickly became apparent we’d need to put a lid on the invitations or else it would develop into some kind of enormous multi-volume thing. While that sounded an appealing concept in itself, somehow it seemed right to produce a single volume statement that said in the best way possible: we remember you, John, and your inspiration is very much alive and kicking.

“With the help of some of my Dandelion Radio colleagues, we managed to pull something together that scattered some much-loved Peel classics (the magnificent Cravats join the aforementioned Calvin Party classic) alongside some recent releases from some of his favourite bands (The Wedding Present, Cinerama and Yeah Yeah Noh all feature) and eleven tracks currently unavailable anywhere else. They include a previously unreleased Peel Session track from the amazing Dub Sex, a specially recorded update of the unmatchable ‘The Nation Needs You’ from Cuban Boys, an exclusive new version of a great Cornershop tune, some new recordings by two former members of Hefner, and a song from Jim Milne, ex-Tractor, originally intended for a release on John’s Dandelion Records back in 1972, and made available for the first time here.

“We went with the idea of a free compilation because it seemed the best way to share some great music in the right spirit in memory of a man who gave me and so many others such great musical memories.  It will be available only until 30 November, so if you want a copy you’ll need to grab it by then, at https://unwashedterritories.bandcamp.com/album/21-songs-for-john. Hope you’ll join us.”

Mark is a Dandelion Radio DJ, the internet radio station inspired by John Peel. You should know by now we’re huge fans of the station. Check it out online here: dandelionradio.com and / or on Mixcloud here: mixcloud.com/dandelionradioarchive.