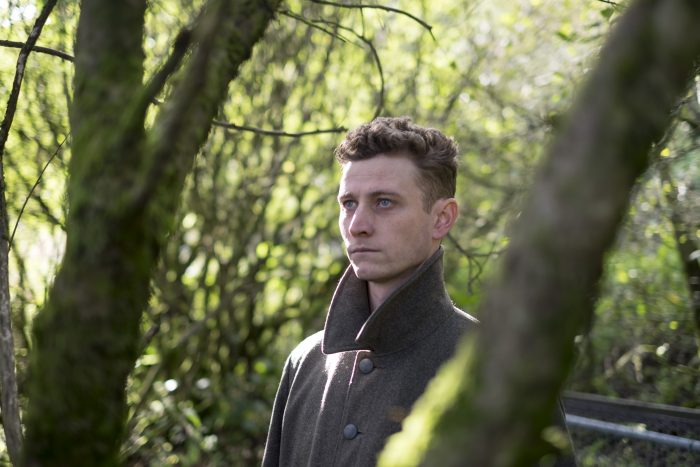 In the last couple of decades, unearthing Christmas songs of any real value has become as rare as finding cracker jokes which genuinely tickle the funny bone. While year-in year-out the same hits by Wizzard, The Pogues, Wham!, and Slade are churned out the length of the country across crackling, supermarket public address systems, occasionally an earworm pops up unexpected and captures the spirit of the season in a more convincing, invigorating and contemporary way.

Written alongside The Bar Dogs guitarist John McArthur, there’s plenty of festive references about being “filled like a stocking/I miss your dirty talking” and “You knock me down like a snow girl” to keep Santa-backers content while the soaring, uplifting strings wane towards McAlmont and Butler ‘Yes’-territory, delivered with the vocal-resonance of John Lennon. Produced by Leaves frontman Arnar Guðjónsson in Reykjavik (Don’t miss the stunning snow-kissed artwork provided by Gunnar Freyr Gunnarsson of a couple walking towards the breath-taking Hallgrimskirkja church in Reykjavik), Georgsson’s lean on his Scandinavian roots works beautifully in capturing an authentic, wintery feel. While sleigh bells and church bells aren’t exactly avant-garde sounds for a Christmas single, Fake Fir Tree is an elegant, charming and silky ribbon of work which can be enjoyed best by listening through the new sought-after Dre Beats headphones one requested on their Santa list.

The Dance Around The Fake Fir Tree single will be released on Last Night from Glasgow (LNfG) record label on 1st December 2017 and will be available on iTunes and Spotify. This will be followed by a special Mark W. Georgsson and Friends gig at the Hug and Pint in Glasgow on 8th December 2017.