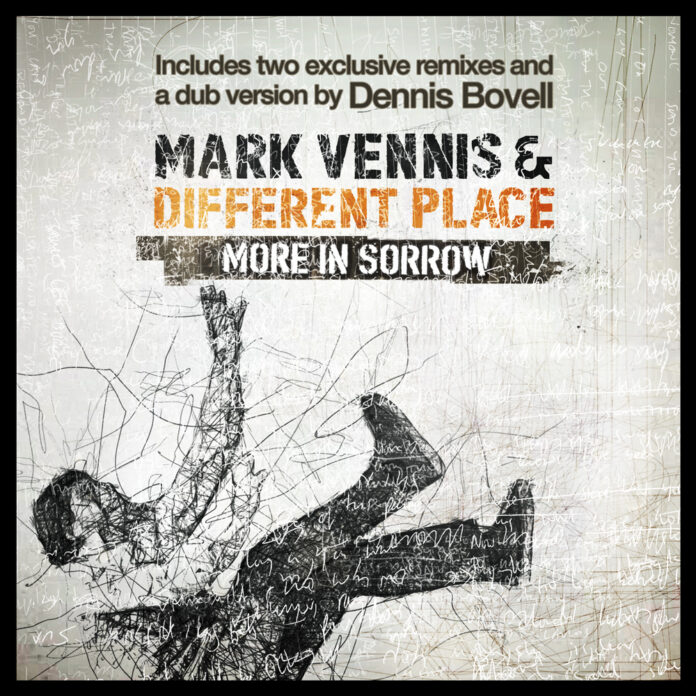 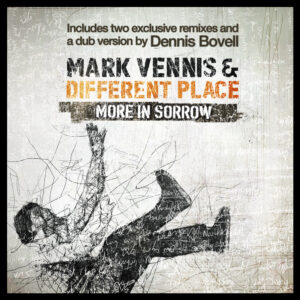 Mark Vennis steps aside from his usual day job of producing films to release a single from his most recent album from November 2020, Fighting On All Fronts. The song, More In Sorrow, is fuelled by what Mark sees are some of the underlying issues of modern Britain with the band’s unique take on reggae shining through.

Most of us may know Mark Vennis through his work in film production, with the 2017 British comedy drama film starring Maxine Peake, Funny Cow, being a notable example. But there is little doubt music plays a huge part in his life, with his production work on the Slits documentary Here To Be Heard and the Don Letts documentary Rebel Dread demonstrating this admirably. But when time allows, he is also known to venture on stage and into the studio to front his own band, Different Place, to extend this passion even further.

The band’s most recent album, Fighting On All Fronts, proved to be a collection of beautifully-crafted songs with infectious melodies, jangly guitars and heartfelt ballads, all shaped by an eclectic mix of influences from rock’n’roll through urban folk to reggae. As the songwriter, Mark focused very much on stories about the underdogs, the oppressed, the forgotten, and the downtrodden. The songs are essentially about the insecurity of modern life and More In Sorrow is one such example which he has lifted from the album as the new single.

More In Sorrow is a poignant and thought-provoking song set behind the band’s unique take on reggae, which is also employed on other songs on the album. The overall sound and solid rhythmic backing draws you right into the subject matter, with Mark’s pointed vocal delivery leaving you in no doubt about the central message behind the song. I will leave it to Mark to explain the background to the narrative as follows:

“The jumping off point for this song was the terrible fire at Grenfell Towers in 2017. To me the tragedy reflects all that is wrong with modern Britain; cost-cutting spivs who get away with it, ordinary people that the authorities and council just don’t care about, a
country where the gap is ever widening between the 1% and the rest of us, with the irony being that Grenfell is in one of the richest boroughs in the country. And I don’t think justice has been served for those 72 deaths and the ongoing trauma of the survivors. It is
not a song of defeat but a song of defiance.”

Alongside the original album track, the single also comes with three further excellent remixes courtesy of Dennis Bovell, who Mark describes as “the Brit reggae godfather”, including a dub version and an instrumental track.

Also worth noting is that Mark Vennis & Different Place are playing Maxillas Social Club in Notting Hill, London on 16th October 2021 as part of the Clash Against The Right launch event.

You can buy the album, Fighting On All Fronts here.