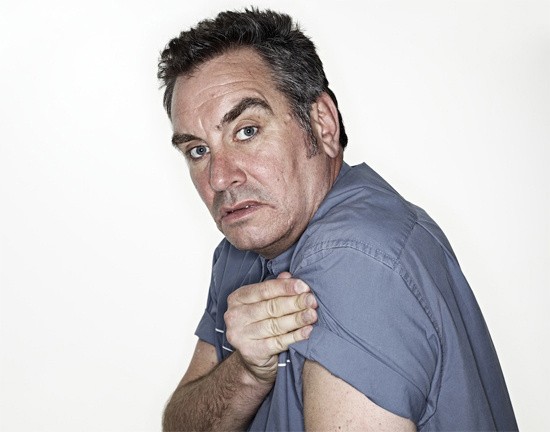 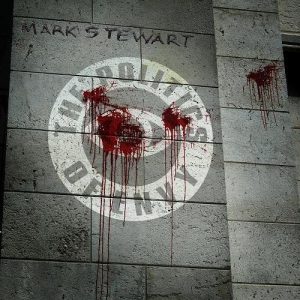 Following hot on the heels of his recent live shows and the acclaimed release of his new album ‘The Politics of Envy’ Mark Stewart is announcing further dates taking the urgency of his wall-of-sound show to Edinburgh, Liverpool, Leeds and Birmingham.

“He retains the vigilance, the eyes-on-stalks awareness, that characterises the great post-punk movers”Â Sunday Times Culture

“Mark Stewart still has a voice to be heard, and he still knows how to give a great live performance.”Â Buzzin Live Media

We interviewed Mark immediately prior to the release of the new album, he has now confirmed that ‘Stereotype’ ft. Keith Levene will be released as a single on the 4th June 2012 via Future Noise

“We’re out to wreck havoc, mash-up the bass bins and throttle the guitars, this time it’s war”Â says Mark.

And that’s exactly what was delivered. At the Scala show in London and in true punk spirit style, Mark jumped into the audience to break up a fight that kicked off during his encore of ‘Autonomia’ with Bobby Gillespie and Andrew Innes from Primal Scream.

Described by the Wire as “always in search of forbidden marriages between alien forms”Â, for these shows, Mark has personally plucked from the underground Arkell & Hargreaves (True Tiger), the tightest splatter punk psyche-funk rhythm section. The band delivers an apocalyptic sub-bass, swirling in a melange of post-punk guitar courtesy of Dan Catsis (The Pop Group, Glaxo Babies), topped by Mark’s clarion call of dissent. True to Mark’s call and response unique style, the charismatic and beautiful Sulene, is a juxtaposition that works wonders on stage adding the feminine element to the confrontational starkness of the live set up and visuals.

The shows have been greatly received with The Times declaring Mark “The Ringmaster of Chaos” and Louder Than War stating, “his pop culture antennae are ever twitching and have brought him to the flexing rhythms of dub step and post step and he has incorporated these into his sound without ever losing the focus of the stripped down sensibility and the intensity of being one of the punk originals.”Â