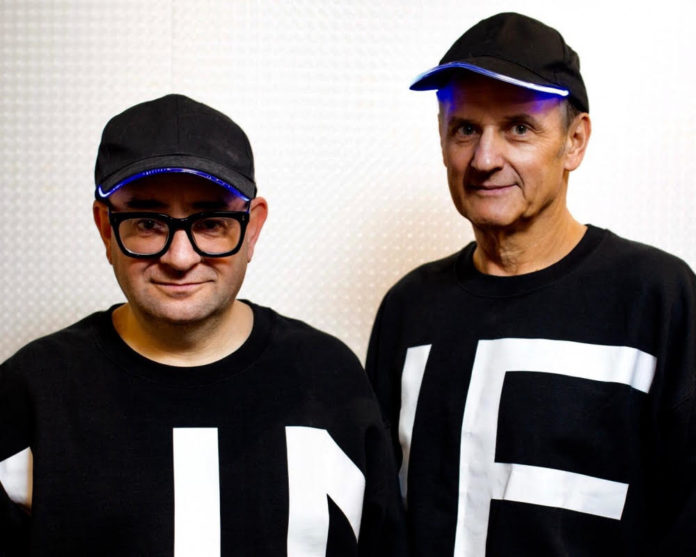 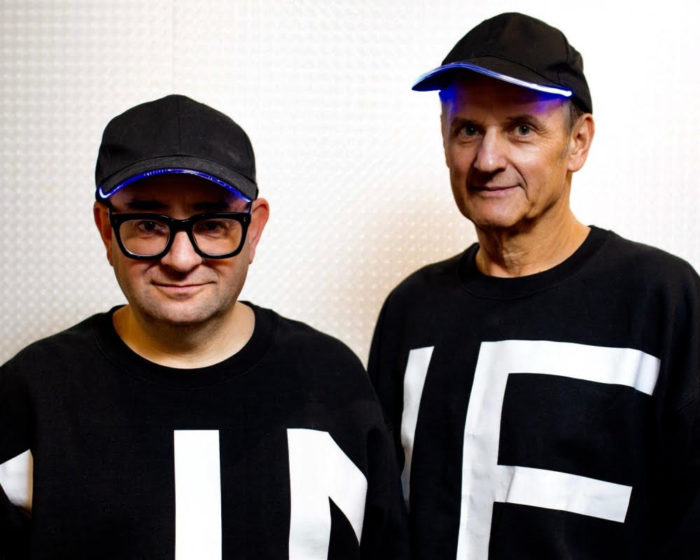 Mark Radcliffe talks about his trip into electronica with Une: interview by Paul Clarke

In a long and varied career as a musician and radio DJ Mark Radcliffe has done many different things, but few would have predicted he would form an electronic band just as most us are thinking about retiring

At 61 he’s formed a new duo called Une, with his mate Paul Langley, so what’s this new phase of his career all about?

“It’s electronic music, but it’s songs, not just dance tracks,” says Mark “We have a different film for each song because electronic music is basically people standing still, and we’re no different. At our age it’s better that we stand still rather than try and dance.”

And typically for such a well-read alumni of Bolton School the project takes its inspiration from a book Mark was intrigued by.

“The project was inspired by a book called Lost in Translation, which is all about words in other languages where there is no one word translation into English. So, for example, the first track on the album is called Boketto, which is a Japanese word that means standing absentmindedly staring into the middle distance without thinking of anything much.

“I spend a lot of time doing that, so I liked the idea of songs being based on these words, which is why the album is called Lost.”

So how did this unlikely duo come together to record the album, and playing live at the Trades Club in Hebden Bridge?

“Paul lives in Knutsford in Cheshire like me, and we met in a pub called The Builder’s Arms. We both support Man City, we both like a pint, we like walking dogs and we had a lot in common. Paul knows a lot of people in the music business, and we knew a lot of the same people around Factory Records and the Hacienda.

“Paul became my sort of tour manager when I did gigs on my own, and he started to play me bits of music that he’d written.  I thought these are really good, which was a surprise as he’s such an idiot. I said this is the concept, so I’ll go away and write the words, you write the music, and we’ll see if they sit together.

“We work separately really, edit it so it sits together, and it’s worked very well. We stayed at a Premier Inn in Beverly recently and took a jar of our own hollandaise sauce so we could have eggs benedict at breakfast. That’s how rock and roll we are.”

So you are like a Cheshire version of Elton John and Bernie Taupin who famously create in different cities?

“We’re more like Gilbert and George really, or the Pound Shop Boys,” laughs Mark. “Bernie Taupin doesn’t perform, but we both do. I write the tunes for the vocals and guitars over the top of what Paul’s written, but I wouldn’t him write any words that would be terrible. I won’t even let him have a microphone as that way disaster lies.”

Mark began his musical career as a drummer, but like The Band’s Levon Helm and Phil Collins he has been pressed into taking on vocal duties from the drum stool using that experience as Une’s vocalist.

“When I started my first band when I was 14 I was the drummer and sang. No-one else would do it as they were all learning the guitar, and were looking at their fingers, so I said I’ll do it until someone else can take over.  45 years later I’m still doing it, all the way through Galleon Blast and The Family Mahone I was always singing and drumming.

“I was pretty ill with cancer so I don’t have the same stamina to do what I did, and my throat has been operated on,  I don’t like to put it under too much strain which all the old folk rock bands did”.

Mark made it through an intensive course of treatment, so did that life changing diagnosis focus his thinking around Une, or was it already in the pipeline?

“Both of those things really as I’d already had the idea,” muses Mark. “The cancer thing was the worst thing that had ever happened to me, but in a way the best thing that ever happened as I feel such great joy and thanks for being alive.

“I’m determined to get on with things, and enjoy what time I have got left, so it made me say let’s get on with this and really go for it. When I was standing on stage at Bluedot festival I thought this is amazing as six months ago I couldn’t get out of bed, and here we are in front of 3000 people.”

One of his many gigs is presenting Radio 2’s Folk Show on and many of those listeners might be bit confused by his departure into a more digital world.

“If you do a folk show people associate you  with that but some people don’t allow you the possibility of liking other things. I have done more guitar and acousticy things, but I’ve always liked Can, Kraftwerk, bands like New Order, NEU!, Underworld, Pet Shop Boys, Orbital and the Chemical Brothers.

“I’ve played those bands for many years on Radio One, and other stations, so it doesn’t seem strange to me, but it does seem odd to some people because electronic is a new direction.”

This is no vanity project as Une are signed to Middle of Nowhere and they’ve had airplay on Radio 2 and 6 Music. Even for someone who reached the giddy heights of the Radio One breakfast show, and is a now a much loved 6 Music stalwart, the thrill of hearing your record on the airwaves is still there

“I was in a band that got played by John Peel in about 1979 and remember gathering round the radio to listen to it. I still feel very excited as it’s something you’re created yourself out there in the big wide world, and even at the age of 61 I still find that very exciting.”