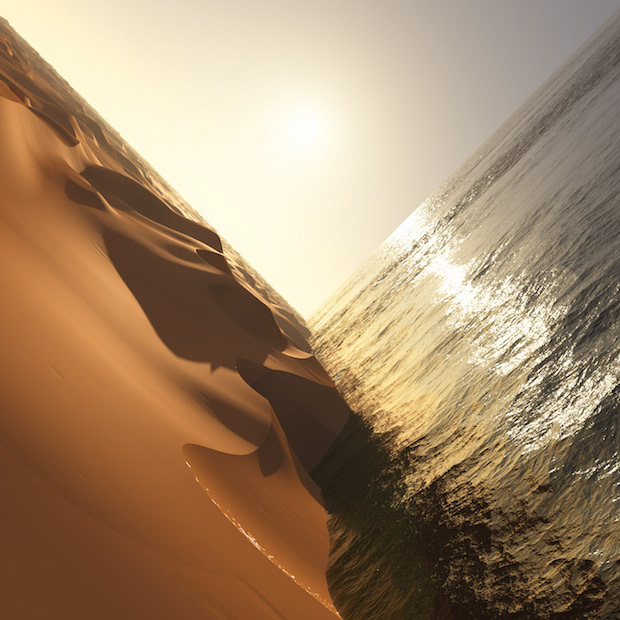 Under The Sun is Mark Pritchard’s first solo album in five years and sees the British producer stretch out into the sun. Simon Tucker reviews:

Spring has sprung and with the onset of which we hope is set to see more smiling faces on those around us Mark Pritchard has delivered an album worthy of the finest sunrise. Before making sweeping judgements on this album you must first be made aware that is a folk album in all but name. Yes there are electronics guiding the journey but under its skin beats the heart of a modern day Nick Drake album albeit with Dub and Techno flourishes.

The melding of genres on this album and the way that is still cohesive and concise is something that we should all be applauding as it is not easy to pull such disparate influences together to make a whole. Tonally the album is also a mixed bag as we are transported through meditative ambient pieces such as Cycles of 9 which is a distant cousin to A Winged Victory For The Sullen’s ATOMOS, through to abstract spoken word avant-electronica (The Blind Cage featuring Beans) via the straight up folk of You Wash My Soul (feat. Linda Perhacs). The final effect being one of an artist trying to put onto record the sound of life on earth from the darkest hours of the morning through to the sumptuous moment that is sunset.   Isn’t that what great folk music is?

Overall Under The Sun is a positive and uplifting listen but one that is not afraid to show us the darker side of life whether that be in Infrared’s gritty, analogue sounding noir-disco or Rebel Angels which has an extremely heavy bass pattern that rolls underneath but which is so deep in the mix that it acts more as a pulse rather than a bang. Rebel Angels is a song that you could envisage Pritchard working out which way to go with it as it he could easily just bring the bass line higher in the mix and create a twisted dance number but instead he has chosen to refrain from the obvious and make something far more subversive.

There are numerous moments of quality within Under The Sun but the one that really shines is Beautiful People which features Thom Yorke on vocals. Beautiful People is one of the finest songs that Yorke has been involved in outside of his work with Radiohead. Yorke dials down the falsetto that he has been utilising as of late and instead of being the main hook, it is used as a textural device weaving among the the hypnotic wind instrument motif and shuffling drum pattern. As Yorke sings of “beautiful people” and “angels stroke your hair” you get a feeling that he is enjoying being part of such a positive piece of art.

In a world of crumbling chaos and constant negativity, Pritchard has delivered a work that gives us license to take stock, breathe deep, and reflect. A universal album celebrating the positives of life whilst never shying away from the shadows that also live with us side by side. A transformative listen and one most welcome.