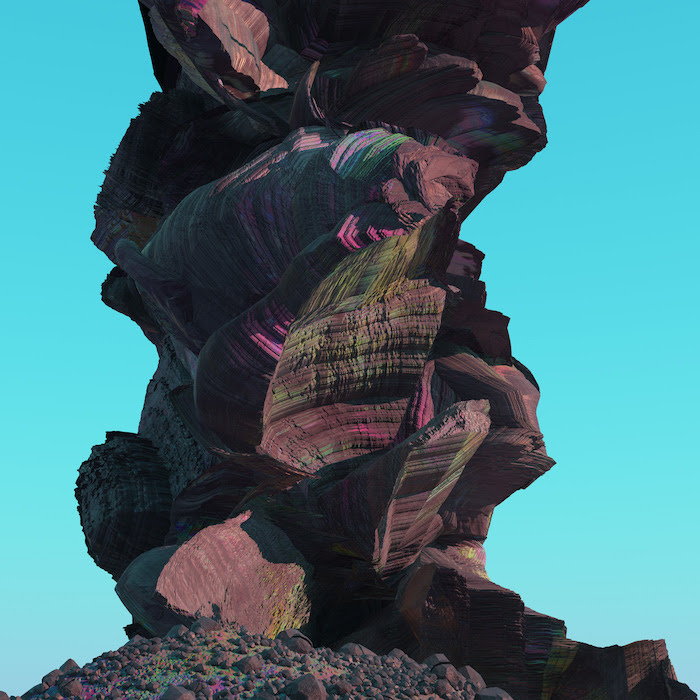 Mark Pritchard has announced a new eight-track collection, ‘The Four Worlds’, to be released 23rd March via Warp and which sees Pritchard further exploring the sonic worlds first encountered on 2016’s opus “Under The Sun” (our review of which can be found here). Also akin to that album, Mark has once again collaborated with acclaimed visual artist Jonathan Zawada on artwork and visuals. The highlight of which is a thirteen minute film bringing the duo’s audio and visual other-worldly landscapes to life like never before.

The Four Worlds also features a collection of underground poets and musicians including Colorado’s psychedelic heroine, Space Lady, on S.O.S, and eighties cult radio artist, Gregory Whitehead, on Come Let Us. Mark’s collection of unusual instruments also features; This includes a Musical Saw on ‘Parkstone Melody II’ and the esoteric Waterphone on title track ‘The Four Worlds’, which gives the track a whole new Kubrikian dimension. Focal track Glasspops was recorded in an air-raid shelter in Hamburg and tinkered with over the course of 5 years.

Mark Pritchard is currently in the studio working on the full album follow up to 2016’s Under The Sun. The album promises to include many of his artistic peers and fans.