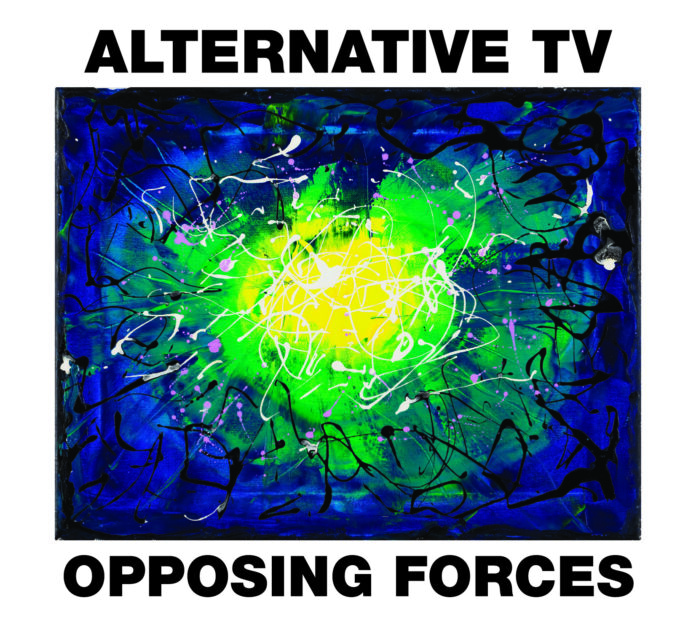 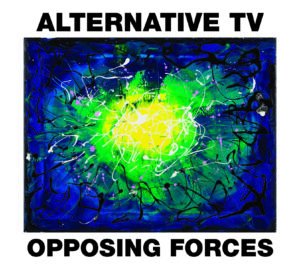 Opposing Forces, the new album by notorious ‘70s UK punk legends Alternative TV, will be released on 10th July through Public Domain Records. Opposing Forces was recorded at Alaska studios in London; produced and mixed by Dave Morgan (The Loft, The Weather Prophets; The Rockingbirds) at his Big Fish studios in St Albans.

Their first new studio album in over 14 years, Opposing Forces finds bandleader and mastermind Mark Perry and his assembled musicians as provocative and spiky as ever. From the angular post-punk synth squall of the title track “Opposing Forces” to the bitter piano balladry of “Dream”, to the jangly sleaze of “French Girls”, Alternative TV continue to defy categorization, pushing their own musical boundaries whilst declaiming uncomfortable truths.

In 1976 Mark Perry (then known as Mark P) was a bank clerk when, inspired by The Ramones, he founded punk fanzine Sniffin’ Glue’ (And Other Rock ‘n’ Roll Habits) – essential reading material for that burgeoning scene. Putting his mouth where his heart was, Perry formed Alternative TV in March 1977, rehearsing at Throbbing Gristle’s Industrial Records Studios in Hackney, with guitarist Alex Fergusson and Gristle’s Genesis P. Orridge contributing drums and bass in the natal line-up.

Alternative TV played their first show in May ‘77 opening for The Adverts in Nottingham with John Towe (Generation X) on drums and Tyrone Thomas on bass. August that same year saw the advent of Alternative TV’s debut single, a free flexi-disc that was included in Sniffin’ Glue No. 12, the final issue. Their first album The Image Has Cracked was released following year.

Whether as a solo artist, or in projects as diverse as The Good Missionaries, The Reflections, The Door & The Window and Baby Ice Dog, or under the auspices of his original band Alternative TV, Mark Perry has long experimented beyond the limitations of punk.

14 singles, 10 studio albums and 37 years later, Alternative TV are as active as ever, with Opposing Forces providing clear and ample evidence of their ongoing vitality and relevance. Having recently enjoyed an enthusiastic reception at the 2014 Rebellion Festival in Blackpool, live dates supporting the new album are in the pipeline and will soon to be announced.