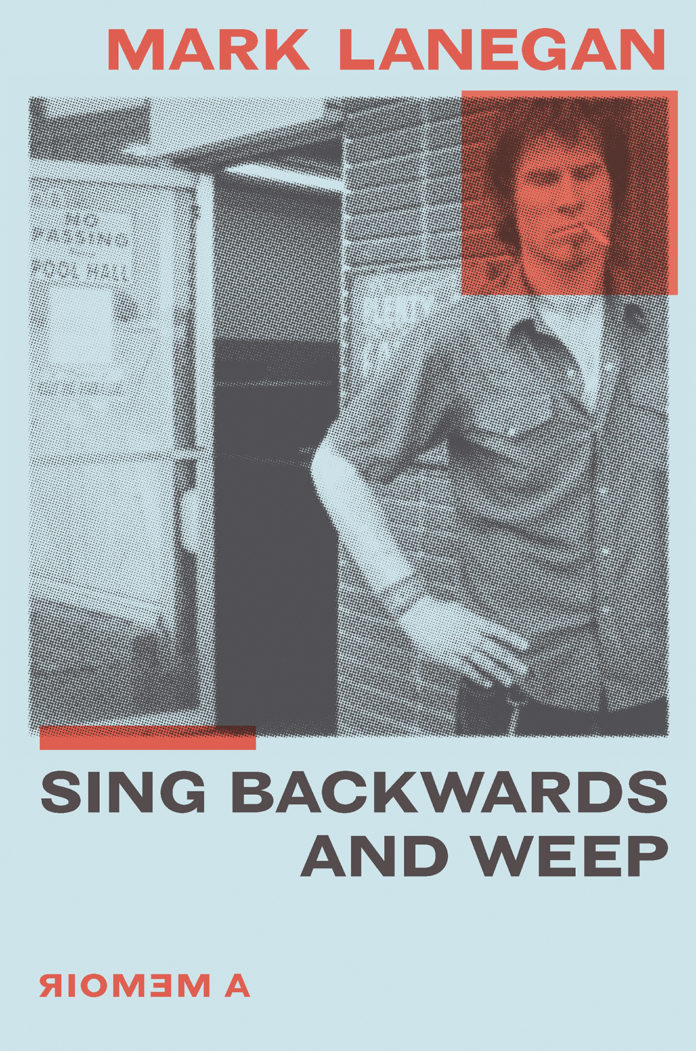 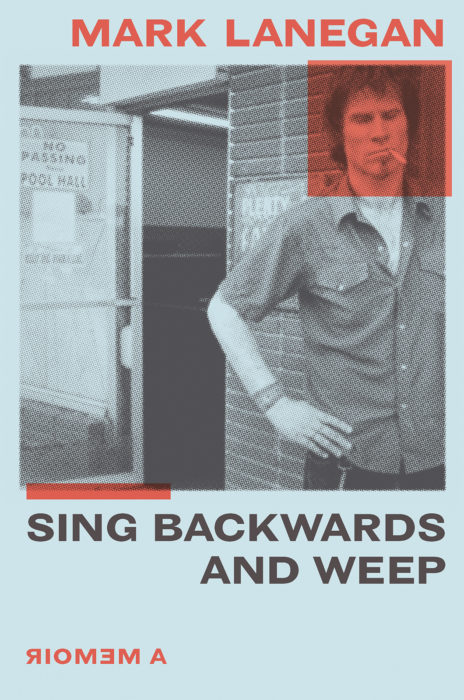 It’s really only half way through this epic tale of hopelessness and debauch that we readers – like virgins cast adrift in the Minotaur’s labyrinth – fumble on the floor and cling desperately to a thread that maybe gives us hope of understanding where we are and what we can do. The magic thread is a chapter entitled, ‘Jeffrey Lee Pierce’ and is the first substantial hint of what impelled Mark Lanegan to become a singer in a rock and roll band. It’s a true moment of light in the darkness. At this point, our hero sounds suddenly engaged, enthusiastic, interested in explaining just why the Gun Club’s music flipped a switch, and what it was about Pierce’s delivery that opened that mythical third eye. Before then in ‘Sing Backwards and Weep’, music seems to be just given its due alongside other elements that shaped Mark Lanegan, told it is loved, but little else. Just a medium that was a means to an end and loved (perhaps in the way the character of Lanegan’s father loves his son) in a form of absentia.

Then there is another moment, some seventy pages later where Lanegan’s personal  history rises like a marsh light over the dank miasma he has previously cast around his life story. Encouraged by his new girlfriend and the prospect of meeting his father, the writer decides to visit his mother. The subsequent fraught meeting triggers a set of harrowing places and situations that Lanegan lists with a stoicism and clarity that really is truly remarkable.

It all came rushing back as we drove through these wind-whipped agricultural lands I had grown up to despise. There had been two giant holes on the inside of the front door of my childhood home. One from when my mother threw a weighty, solid-metal statuette at my head as I ran out the door to escape her rage, the second a year or two later, from a heavy marble bookend.

This is the sort of stuff that would prompt a reveal in a Wilkie Collins novel. Suddenly the previous 220 pages are no longer just part of a darkly entertaining road movie.

Sing Backwards and Weep’ is *that kind* of book. Despite apparent narrative vagaries, it is a title full of street cunning and guile, launching Lanegan’s life story like a virus, almost unnoticed and softening up your imagination for later, after you’ve exhausted yourself in the reading. And, like Robert Graves’s ‘White Goddess’, a “queer book” that often eschews the standard rules of reading.

Rock autobiographies often rely on the chortlesome anecdotes; dead-eyed, ant-sniffing thrills or brick-throwing Dark Age boys games, literary tropes desperately trying to reignite some form of interest in a genre that surely can’t take any more puke and syringed blood. ‘Sing Backwards and Weep’, though, is something else again; the full metal jacket assault on the genre. A tale of misery and blackness that, despite its very direct telling, is very similar to reading an account of a First World War campaign: almost abstract in its horror and pain and depressingly familiar in its outcome.

Also – like a war diary (or a Russian novel) – the book boasts a dry, laconic humour that keeps everything just about human. Lanegan is a master of the put down, this, for instance could be Peter Cook’s Judge:  “Jason Finn was a local drummer, an ugly-spirited toad of an irritant, a prick who was always spouting some wise-ass comment in a lame bid for attention.” Then there is a terrifically tetchy account of the pain engendered by sex on an unsanded fibreglass boat floor, or the terrifying descriptions of his treatment for various STDs. Lanegan also regularly turns on the dry humour like gas on the stove to talk about his post-booze up blackouts. The story of these blackouts are a fascinating if initially puzzling element of the book. Ponder for a moment over the essential strangeness and cussedness of repeatedly telling a tale that documents only the aftermath. And the removal of any pleasurable or happily numbing foreplay with full focus on the degrading endgame. Here, Lanegan repeatedly portrays himself as others would see him; a sense of remove that again utterly dispenses with the ego-driven accounts this genre is stuffed with.

Over time you will start to see that the way this book is put together, its shifting structure and sometimes flippant nature, is one of its trump cards. Like some strange huge collage that makes no sense unless viewed from a distance or, better, remembered as a memory, the reader only often grasps the rhythm after the reading. Now, it may sound really boring to talk about the way a book is made in a review but with ‘Sing Backwards and Weep’, it is key. As there are 300 or so pages of violence, shame, missed chances, death, drunkenness and drug dependency to get through. Without the ingenious way the book seems to float and sting, or Lanegan’s wit to drive it, this autobiography could read as one of the most depressing and seemingly never-ending charge sheets against hedonism ever committed to paper.

The seemingly unfocussed approach also allows others to inform the wider picture. Lanegan’s aforementioned father, for instance, who steadily, incrementally, becomes a fascinating character one would like to know more about, made more interesting by the author’s intermittent mentions. That his dad was a drinker and a bit of a loner, a seemingly cool teacher at Lanegan’s school, had a father who served in the First War, was used to crazies (and married an abusive partner) all comes out slowly, and is something that should intrigue the reader. The same can be said of the author’s drug buddy John Hicks or Alice in Chains’ late singer, Layne Staley. The characters you’d think would be key (his direct bandmates, or music bizz people, stars) are often the most two dimensional or appear like a revolving cast of bit-part actors.

Then there’s the other big player in ‘Sing Backwards and Weep’, heroin. For if this is anyone or anything’s story it’s not that of the music business, but that of dealing with addiction; whether his or his friend Kurt Cobain’s or any number of musicians in that Seattle scene. But, again, the lesson in this book comes not in the immediate telling but with a later realisation of the sheer magnitude of his and others’ addiction and the asinine nature of drug abuse. It’s only when the reader’s head finally stops spinning with all the cripplingly demeaning, repetitive tales of chasing dragons that the message hits home.

It’s a hell of a read. All-consuming, even. Be warned.