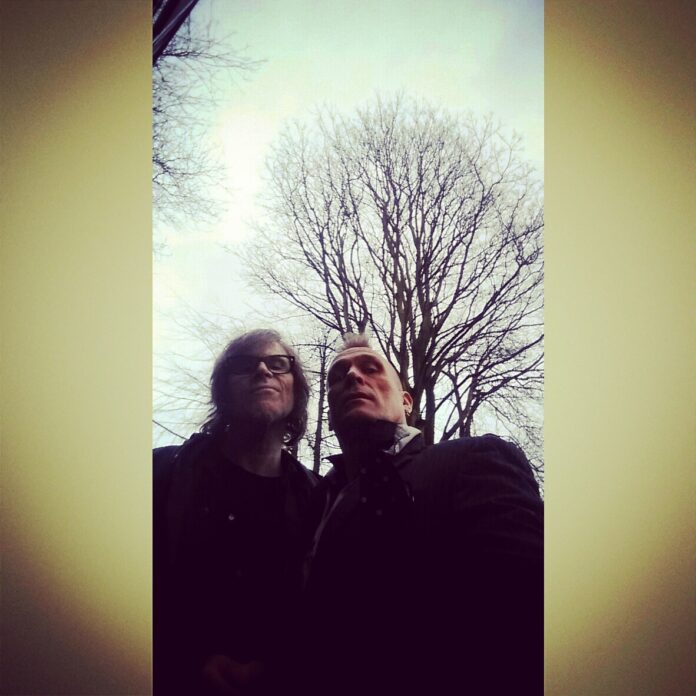 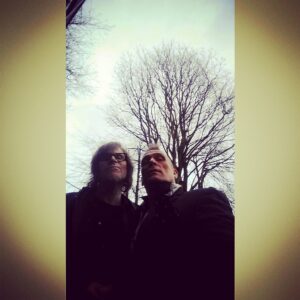 The room is spellbound- hypnotised by the voice. A voice of resonant, cracked beauty and deep warmth, a voice that sounds like a thousand bars, lots of strange adventure and an endless nicotine stained road of decibel and desire. A lived in voice full of life’s details, a voice that drips the blues elixir of the good stuff as it drapes itself around the songs with a lugubrious dark beauty all of its own.

It’s owner, Mark Lanegan, has a throat that is the endless highway and has got its own hypnotic resonance as it stretches itself around songs of love and fury with a poetic soul searching brilliance.

The next day in Hebden Bridge I conduct and in conversation with him and he tells me about the isolation of growing up in small town America, his deep love of punk rock from the staples to other bands he sometimes mentions like Slaughter and the Dogs, the Damned, the Stranglers to the American eighties underground of Black Flag and that classic Flag show in Seattle where their whole world changed. He also details his time on Black Flag’s SST records, and the greatest of all noisenik bands Big Black and the impact had on him and fellow north westerners like Sub Pop. He the details all the other musics like the blues that entwined themselves around punk rock and created a whole new world pioneered by the Gun Club who he adored. He talks of his life in music, his brushes with the dark side and the deep friendships with dear old Kurt Cobain and Dylan Carson of Earth and many other fellow travellers in the flickering neon of rock n roll.

He is funny, wry and dry and a great raconteur,

The former Screaming Tress frontman has spent the last three decades mining the rich seam of rock n roll since he emerged from Ellenburg with his band, the Screaming Trees who got lumped into the neighbouring Seattle Grunge scene by a music business always keen to shoe horn bands into shoe boxes.

The only real connection was that he was part of the dark heart of the melancholic side of Seattle were rock n roll managed to pack ina sensitivity to deal in the downbeat and blackened emotions of the rainy day Pacific coast city that was caught by surprise as the world glared at its momentary blink in the bright beam of success.

Jacking in the band he has spent years doing his own thing- from throat for hire for Queens of The Stone Age and a myriad of other varied buddies adding his distinctive tones to all manner of music and somehow finding time to cut his own sparse and emotion drenched music.

These days he is a 50 year old veteran of the rock n roll wars who probably wakes up in the morning and is surprised to have got through the mad days and is now preferring to see out the long journey with a clear head and a clear conciseness. He grips onto the mic stand, eyes shut, deep in concentration like an elder statesmen take on the great Jim Morrison- a broken hearted balladeer of the rich seam of America’s tearful underbelly. A velvet larynxed poet for the cracked and crackling great minds of whichever generation you want still digging the hysterical madness.

The band play great- even a man down, without their bassist, they create the sparse and smouldering backdrops for Mark Lanegan to drizzle his treacle tones over. It’s hypnotic and trips you out into another world that aches with a beauty, pain and romance and all the cool stuff. Every note is pure gold and every crack is lived in and celebrated and every tone tells a story and the songs ooze a classic melody as the charismatic Lanegan fits smoothly into his elegantly ruffled seen it, done it and came back to sing about it, great American story teller, elder statesmen, role perfectly.