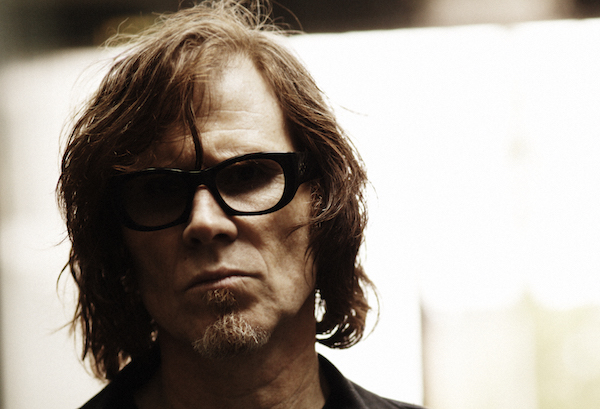 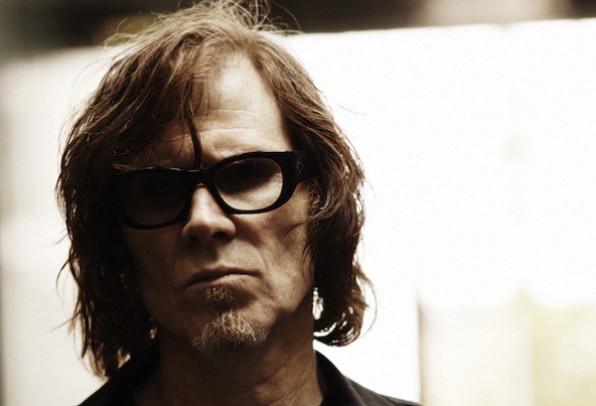 Louder Than War – Your new album is called Phantom Radio. In the press release you say you’ve been listening to Sirius radio a lot which plays post-punk music from the 80’s, stuff you were absorbed in when you first started playing. Why have these influences began to surface now?

Mark Lanegan – I think the influence has always been there in the singing and the words but the musical side of things has changed a little bit. I’ve always looked at every record as an opportunity to have a good time, do something that I might enjoy listening to and try something new. By trying something new I mean new for me. I’ve obviously not reinvented the wheel or done anything that anybody else hasn’t done already. I’m basically trying to please myself is all.

Is it true that Screaming Trees started off covering Echo and the Bunnymen and Simple Minds?

They had a band before I was in it and that’s what they did. Once I joined we weren’t doing that stuff anymore but it was definitely something we were all into.


I read your Bakers Dozen on The Quietus site a few years back which included a lot of British bands and I was pleasantly surprised to hear you loved Slaughter and the Dogs.

That was one of the first things I had, a seven inch of ‘Where have all the boot boys gone?’ (laughter) I’ve borrowed that riff three or four times during the last three years.

I think they might have borrowed it as well to be fair. It’s interesting because a lot of people judge you, first and foremost, on your voice which is very unique and brings to mind old blues and country stuff. That’s why such an eclectic mix was surprising.

Well I’ve always been a music fan, that’s how I fell into singing. I basically sang to records in my bedroom and didn’t know anybody who was into punk rock at all until I was 18 years old. I met one of the guys from the Screaming Trees and they were the first guys I’d ever met who’d listened to the same music as me.

You started as a drummer before being tricked into singing. You say you used to sing to records in your bedroom so you must have known you had a good voice?

Well, not really. I didn’t know playing music was even possible. I used to look at record covers and wonder what sound the bass guitar was making in the music– I had no idea. I was pretty much in a vacuum and the only reason they tried to make me the drummer was because I had half of a drum kit that some guy had traded me for some weed, not because I could play it.

That must have been decent gear. Was there a snare drum included?

There was a snare, a floor tom and a ride cymbal – that was it. (laughs)

You mentioned the wonderment of staring at a cover and being unaware how music is constructed. Has getting involved more deeply in the process ruined any of the mystique that music once held for

Since I’ve been doing it for 30 years I’ve had to find ways to keep that youthful enthusiasm for it. For me, I’m just always looking for that thing that’s gonna bring me that same enjoyment that I had when I was first hearing music. I find that as I get older, one way that that happens is I listen to a lot of music that doesn’t have singing in it anymore.

I listen to a lot of ambient music and electronic music. I still listen to a lot of the Krautrock that I’ve always been into – that’s one thing that’s always stuck with me. Really, the music that I’m making now, more than the 80’s stuff you talked about – I’m really trying to reference Kraftwerk more than anything.

I read that you used an app on your phone to demo the new songs. When you record, do you add stuff to the demos or go into the studio and rebuild the songs?

I go in the studio and rebuild but, that said, I use a lot of the same elements I’m using in a demo situation for the final recording. I think that’s just because it’s so easy to make quality demos. Whereas I used to just use a radio shack, a tape recorder and an acoustic guitar; now I’m using Garageband, synthesizers and maybe drum machines. It’s really more of a reflection of the tools that I’m using.

Back to the ambient music side of things; is it the tranquillity that appeals?

It’s the type of stuff I started listening to on the road having been singing every night. I still want to listen to music but I don’t want to listen to anything that sort of engages the singer in me if you know what I mean?

Is it true you used to get a lot of health problems from your singing?

The problems I used to have were more in the 80’s when I was singing stuff that was written by a guy with a much higher vocal range. We didn’t really have a clue about changing the key. It was just the way it was and I had to try and make it work. Nowadays, when I’m writing my own vocal part and my own music, I can write it in a comfortable place for me.

Occasionally I push myself. I still write a fair amount of stuff for other people, singing parts for music written by other guys. I try and find the thing that suits whatever piece of music I’m writing for. I just did something yesterday for a friend of mine. It was fairly up there – sort of crazy, Beefheartian type of thing. It just depends on the music.

I was gutted when Beefheart died.

It was a bummer. But we all gotta go…

Who else do you hold up in that regard?

A while ago, three of my favourite singers all died within a year of each other. Tim Rose, Fred Neil and Micky Newbury.

(At this point I confessed my ignorance; being only vaguely aware of Tim Rose)

Fred Neil wrote ‘Everbody’s Talking’ which was a hit for Nilsson and he had a great, deep voice. One of the all time greats – as was Micky Newbury.

You perform with your eyes closed. Is this to help your concentration or is it stage fright?

When I was younger, I moved around on stage. As I got older it took all of my concentration to sing. Nowadays, I try to inhabit the song as best I can, without sounding all hippy dippy, that’s really all I’m trying to do -which is also why I don’t do a lot of interacting with the audience. But, one of the dangers of keeping your eyes shut is you can get hit with things (laughs).

How long did it take to adjust being sober on stage?

It took a while. There was an adjustment period for sure but it’s been so many years now that I’m comfortable in my own skin whether I’m on stage or off of it. I’m just glad I lived long enough for that to happen. For a long time it wasn’t just a struggle on stage – life seemed to be a bit of a struggle, much of my own making. When I stopped putting poisons in my system things got a lot easier. For a certain amount of time I needed to do that. I think it was Talib Kweli who said ‘Life is a struggle. Life is beautiful. Life is a beautiful struggle.’ (laughs) And I agree.

You mention Talib, for me, great Hip Hop is the only relevant music at the minute. I’m not talking about the corporate gangsta illusion stuff but the political stuff on the fringes.

There’s a vitality to it, that’s lacking in other genres of music. There’s a life to it that I haven’t really heard since the original punk rock.

You’re big into sports. Am I right in thinking you could have gone pro? Which career would you have preferred between that and music?

I might have had the potential but I wasn’t dedicated to it. The sports that I played aren’t really the sports that I’m into as an adult. I’m basically a basketball fan and I played football and baseball when I was a kid.

I was wondering about your literary influences too. I know you’re into Pablo Neruda’s poetry. Is he an influence on your lyrics?

I’m into a lot of different writers. I really like this Southern writer Harry Crews; a guy named Peter Matthiessen I like a lot. My favourite writer is Robert Lowell. He was a New England poet. I like Billy Childish. His art too – those wood cuttings are intense.

How important is it to release a linear album in a world that’s beginning to favour playlists?

It’s important for me because that’s the way I think about records. I’m aware that it’s a digital world but I’m still making records and always will

Phantom Radio is out now on Heavenly Recordings.

All words by Nathan Mcilroy. More from Nathan can be found at his author archive.