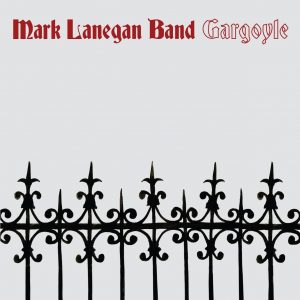 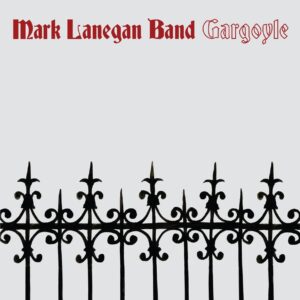 Mark Lanegan has rock pedigree oozing out of his pores, having been a founder member of grunge pioneers Screaming Trees and a member of Queens of the Stone Age, his albums are critically acclaimed, yet he remains something of an outsider when it comes to the music buying public. Maybe the outsider tag suits him. He looks the epitome of a rock outlaw; his face grizzled, his stanch cock-sure rebelliousness and his voice sounding like the world weariness of a down at heel grizzly bear. But to those who have discovered him he is a special talent.

This new 10 ten track record features guest appearances from long-time collaborators Josh Homme, Greg Dulli and Duke Garwood. Gargoyle is underground Americana with a dark rock vibe that feeds on and into early 80s post-punk and goth. It is the work of not just a polished songwriter, but one who can create a mood effortlessly.

It opens with Deaths Head Tattoo; an electro rhythm overlaid with guitars and that vibrant, deep voice bringing to life a plethora of characters drifting in and out of focus.

Nocturne is full of dark rhythms and scratching, ominous guitars. This is music for a night time drive thru an urban sprawl to the moon drenched badlands. A dark love song to a missing woman, though there are hints of violence in a messy parting, a car wreck of a romance. There is a feeling of everything falling apart as midnight comes around. A long night of longing, building up to a yearning chorus.

Beehive lightens the mood with a great guitar riff that feels like a mix of 60s pop and 90s trance. Sister has a calliope feel of wild woods and dust bowls. There are undertones of threat and a feeling of angst and fatalism.

Emperor is a great song that channels Iggy Pop and races along with a jaunty rhythm reminiscent of the Passenger. The pace softens somewhat with Goodbye to Beauty, a haunting paean to everything good. It reminds me of the late, great Jeffrey Lee Pierce.

First Day of Winter is a poetic elegy for the passing seasons and a looking ahead to a long winter. There is rain against the windows that chills his veins now that winter has begun. It is a beautiful song about age and the cycle of the seasons.

It’s an album that rewards the more you listen to it. If you haven’t experienced the Mark Lanegan Band yet, then Gargoyle is as good a place to start as anywhere.