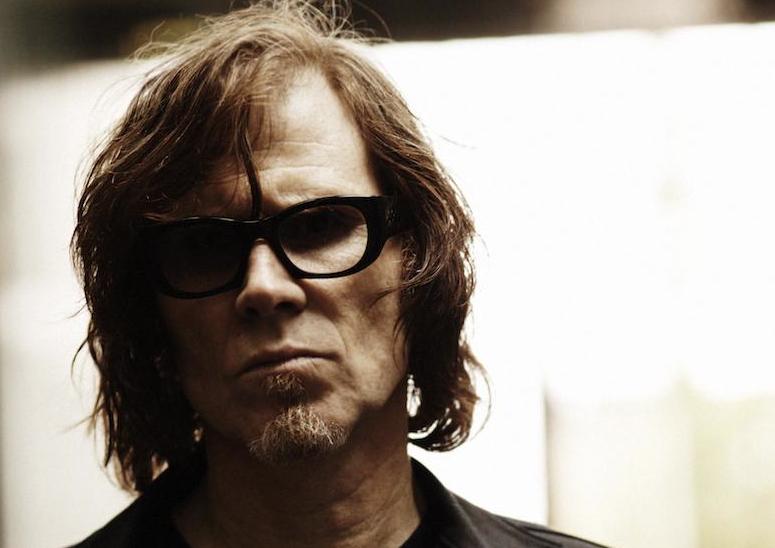 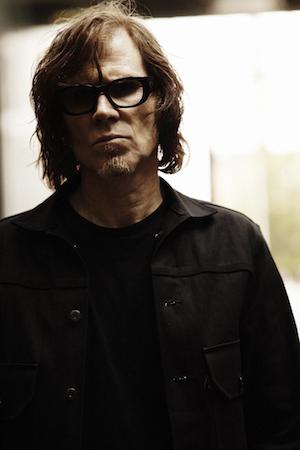 Mark Lanegan Band announce new studio album, Phantom Radio. which will be preceded by the EP No Bells On Sunday. Phantom Radio will be released 25th August via Heavenly.

Watch the video for ‘Sad Lover’ below.

Summer / Autumn 2014 sees the return of Mark Lanegan Band who today announced the release of both a new EP and studio album on Flooded Soil / Heavenly Recordings. Kicking off proceedings will be the release of the EP No Bells On Sunday which will be available on limited edition vinyl only on 25th August. This will be followed by the release of a new studio album entitled Phantom Radio in the Autumn. The first track to be released from the EP is ‘Sad Lover’, the video of which can be viewed below…

Mark can also be found on Facebook and he tweets as @marklanegan.

As he approaches his 50th birthday Mark Lanegan has assembled one of the most extraordinary bodies of work in modern music. Phantom Radio will be the ninth bearing his own name and third with his band, but combine it with the collaborative albums he’s made, be it with Isobel Campbell, or Duke Garwood, or as 50 per cent of the Gutter Twins, or his legendary first band the Screaming Trees, then the total is nearer 20. Then there’s his guest spots with Queens Of The Stone Age and his many collaborations as the singer on records by the varied likes of UNKLE, Martina-Topley Bird, Moby, Soulsavers and Melissa Auf der Maur. In total, Mark Lanegan has made close to 50 records.Lanegan’s solo debut was ‘The Winding Sheet’ in 1990 but it would be the masterful follow-up, ‘Whiskey For The Holy Ghost’ that confirmed his credentials as a truly unique artist. ‘Bubblegum’ in 2004 saw Lanegan emerge from the wreckage of the Screaming Trees to create a new version of the blues: part-acoustic, part-electro-rooted contexts mostly produced by Alain Johannes, with a floating cast of helpers, some illustrious (Josh Homme; PJ Harvey) others not. Seven years of collaboration followed before Mark Lanegan Band delivered the towering ‘Blues Funeral’, its Krautrock curlicues adding new textures to his molasses-thick doom canvas.

And now ‘Phantom Radio’ builds on the same foundations: produced by Alain Johannes, and that voice intoning deep truths hewn from the bleakest realm. “I saw the feet of pilgrims bleeding,” Mark sings on Judgement Time. “I saw whole cities drowning, I saw whole armies dying.” You believe every word; no other living singer’s voice feels so charged with Biblical portent.

Which is all part of the craft, because Mark Lanegan is not as black as he’s been painted. His chief compositional tool on ‘Phantom Radio’ was his phone – specifically an app called Funk Box. “I didn’t bother to hook up my 909 and 808 this time,” he says, “because the app had ’em. I’d write drum parts with it then add music with the synthesizer or the guitar.” 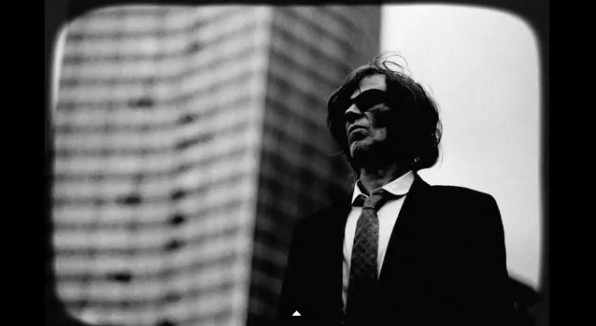 ‘Phantom Radio’ grew organically from these synthetic roots, taking in Mark’s ongoing love of Krautrock and also an ’80s new wave show on Sirius satellite radio, his favoured aural companion as he drives around Los Angeles. “They have a few good shows but the ‘80s one in particular I like,” he says. “That’s the music that was happening when I started making music. And although the Trees drew on Nuggets psychedelia, 13th Floor Elevators and Love, we were actually listening to Echo And The Bunnymen, Rain Parade, the Gun Club. A lot of British post-punk. We loved that stuff. I just waited until I was in my late forties before I started ripping it off.”

The album title stems from a lyric in Smokestack Magic, which features on the EP, No Bells On Sunday, that will precede the album’s release – five songs written during the same period but which were, in Mark’s judgment “too goofy” to fit with the rest. “I’m less apt to throw away a song that might be a little weird nowadays. I can make it work with whatever I’ve got going.”

Phantom Radio will be released in the Autumn on Flooded Soil / Heavenly Recordings. The album artwork, tracklisting and more information on the record will be revealed in a few weeks. Following the vinyl-only release of No Bells On Sunday on 25th August the EP will become available digitally and on CD as part of a Deluxe edition on album release date.