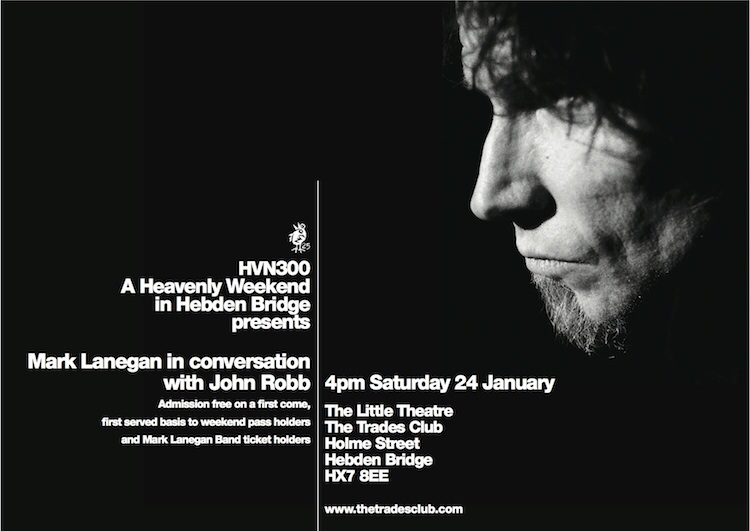 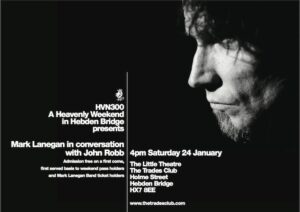 Mark Lanegan is to tour the UK this month and will also be doing a special in conversation with LTW boss at Hebden Bridge Trades Club on Saturday January 24th.
The tour dates are below.
The in conversation is free to get in for Heavenly weekend pass holders and Mark Lanegan Band ticket holders and is on an first come first served basis and is part of  the wonderful Heavenly Recordings  25th anniversary celebrations.
Following excellent, career-best reviews and a Top 20 chart entry for new album Phantom Radio last month, MARK LANEGAN BAND have just unveiled an atmospheric video to current single “Floor Of The Ocean”. Watch it below… The Mark Lanegan band also shares the video for his track ‘Floor Of The Ocean’
UK Tour in January 2015
Mark Lanegan Band will be touring the UK in January. Dates/info below:
Tuesday 20 January – GLASGOW – ABC
Wednesday 21 January – NEWCASTLE – Riverside
Thursday 22 January – LEEDS – Met University
Friday 23 January – MANCHESTER – Ritz
Monday 26 January – BIRMINGHAM – The Library
Tuesday 27 January – BRISTOL – O2 Academy
Wednesday 28 January – LONDON – Shepherd’s Bush Empire
Thursday 29 January – PORTSMOUTH – Pyramids