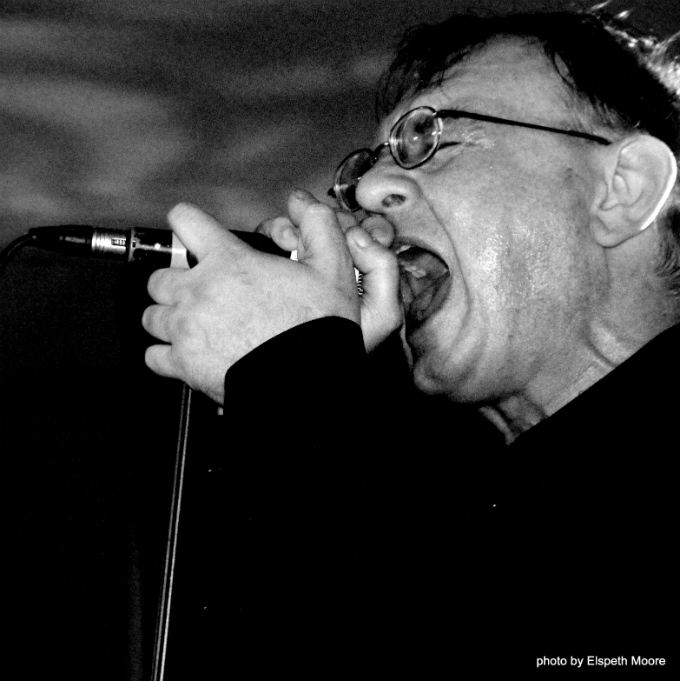 Mark’s band, Dub Sex, play big new festival at Manchester Ritz on Saturday April 29th with the Membranes,   Brix Smith and The Extricated, Evil Blizzard, the Nightingales, The Blinders, An Empty Page  – all details about the gig here 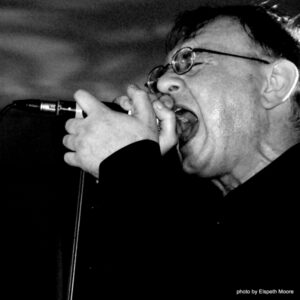 Mark Hoyle is a legend in the Manchester music scene.

His band Dub Sex (facebook page)were loved by John Peel and reformed recently to much joy in the city.

Their powerful and emotional music is perfect post punk – sparse yet noisy – dynamic and dangerous – they picked up where they left off and in some ways are at the peak of their form. Their next gig is with Membranes for the big Ritz gig on Saturday April 29th with Brix and the Extricated, the Nightingales, Evil Blizzard, The Blinders and The Empty Page. (Gig details are on the facebook page here. Gig tickets are here)

“It was amazing for me as a teenager in Manchester.After years of council care,I ended up with my own flat at 16,at a brilliant time for this city’s musical history.I drank it in like a freed captive. First band I saw,supporting The Damned in Middleton,were..

1.The Adverts. Crossing the Red Sea with The Adverts
TV Smith was a mesmerising front man,so believable,with a cutting voice.I saw them loads early on,and was waiting for this album to come out,and I still play it now,30-odd years later.Gaye Adverts simplistic,rumbling bass,and intelligent stop/start songs.They had me at “1-2-3-4!”. (Great British Mistake)

2.The Fall. Live at the Witch Trials. (No Xmas for John Quays)
Again,another band I was lucky enough to see very early and very often.It all just really spoke to me.Mark E,obviously,was right on it,and Martin Bramah’s guitar playing is always a thing of twisted beauty,but it was Karl Burns’ drumming that really sold it to me.Later on,Karl was in an early Dub Sex line up,so in a way,it all dates back to hearing this that first time.

3. The Pop Group. Y (We Are Time)
The Pop Group were something else.An explosion of squawking jazz,brutal funk drums at breakneck speed,and sheet metal type noises.And such commitment!..Mark Stewart scared you to death close up.He really believed what he was saying,and sent me scurrying to the library to find out about the likes of Pol Pot and Blair Peach.All of this wrapped in Dennis Bovell’s genius production,but more of him later..

4 ATV The Image is Cracked (Alternatives to NATO)
A massive influence on me and my friends,was ATV’s Mark Perry.Following practical tips on manufacturing from them,and Scritti Pollitti,The Desperate Bicycles and others,we all dived into the DIY ethic,and it led to a lifetime of adventure.ATV also helped bridge the gap between punks,hippies,rastas,bikers,and God knows what else at life-changing festivals like Deeply Vale.

5.Fela Anikulapo Kuti Black President (ITT)
Fela Kuti is,was and always will be the absolute bomb.You have to approach his music in an entirely different way to other stuff,and picking just one album is really hard.This is where I came in,though.The heartbreaking ‘Sorrow,Tears and Blood’ tells of his mother’s death at the hands of the Nigerian government,and in ‘International Thief Thief’ we are handed an anti corruption anthem as relevant today as it was then. Ace.