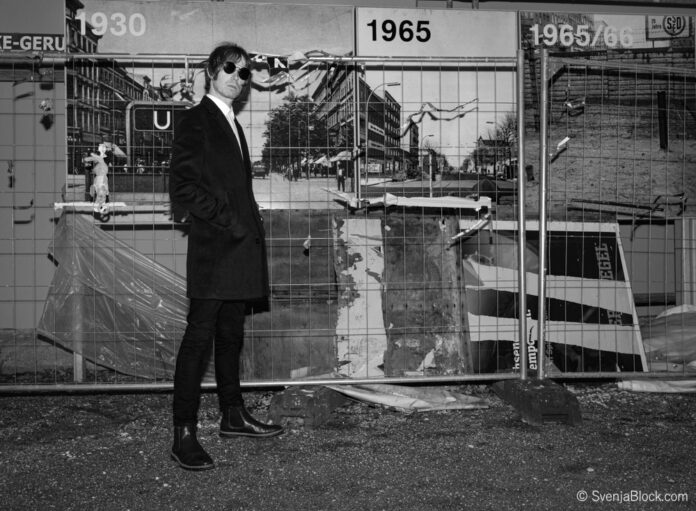 In the early 1900s Swedish artist Hilma af Klint began conducting séances in order to channel the spiritual forces that guided her work. An outsider in the art world, her innovative studies into automatic writing and drawing-the occult practice of subconscious creativity controlled by psychic forces went largely unappreciated and she died penniless in 1944.

As the winter of 2020 settles in Berlin based musician and artist Mark Fernyhough seeks to channel the artist herself with his new single Automatic Paintings. If the glamorously Gothic video that accompanies it is anything to go by, possibly some of those murky psychic forces too.

Automatic Paintings is an instantly compelling rocker with the dark ancestry of post-punk and 80s alt-rock in its veins. Crashing in with an energetic flash of guitars and drums, it has rhythmic, mantra-like verses and a hypnotic, almost psychedelic chorus that begs for repeat listens. The combination of eerie melancholia and contagious melody on display here are trademarks of Fernyhough’s music, but with this latest release he brings to it both a harder, more explicitly rock sound and a stranger, more mystical worldview. The lyrics, like a Klint painting, feel abstract but references to spiritual and supernatural ‘other worlds’ make it clear that this is not your average unrequited love song.

The self-directed video for the track is a lush banquet of vampiric, occult imagery edited with an expressionistic feel that is almost subliminal at times. Echoing De Fem, af Klint’s group of women artists with whom she performed her séances, it features a cast of female creatives in various states of somnambulistic rapture. Fernyhough appears in the video himself too – part rock star, part vampire slayer, coolly playing tambourine in the moonlight.

These visuals perfectly fit the mesmerizing, preternatural mood of the song, however, the stylishness of both the video and the music remain more archly-lit cigarette than cheap crushed velvet. Flirting with the great lineage of bands like Sisters of Mercy and Siouxsie and the Banshees it’s Gothic, but playfully and elegantly so.

We caught up with English musician and artist Mark Fernyhough in former East Berlin to discuss the recording of his upcoming album, international film soundtrack projects,opening for Suede and the collision of music and art.

Louder Than War: What interested you in writing about fringe art figure Hilma af Klint for your latest single Automatic Paintings and how did you first encounter her work?

Mark Fernyhough: I first encountered Hilma af Klint in 2013 through an exhibition of her paintings at Berlin’s Hamburger Bahnhof. As I investigated further, her story became more and more compelling. I grew up in a haunted house and have written on esoteric subjects for Fortean Times, so I found the combination of art, the occult and a tragically overlooked creative figure to be an irresistible subject matter.

The process of automatic painting is a quick and intuitive one, do you compose songs this way or take a more studied approach?

I carry out extensive research when covering figures such as Hilma af Klint. However, once I actually sit down to write, most of my lyrics manifest themselves instantly and instinctively and there may indeed be a spiritual dimension to that way of working. I also believe that by not excessively toiling over lyrics you avoid contrivances, and the result is something more honest, raw and powerful. A lot of songwriters shield themselves behind a level of carefully constructed irony. 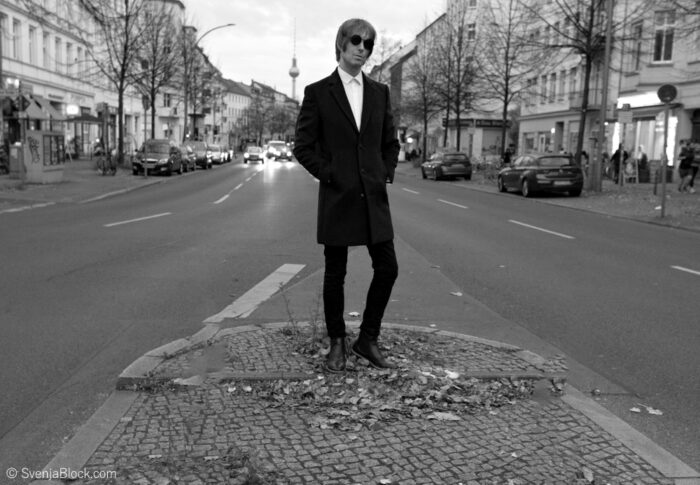 You said recently in an interview that ‘artists should also be outsiders’. The subject of this single was both an outsider in the art world and someone who was trying to reach outwards to the spiritual plane. Is there also a connection between art and the supernatural for you?

I think artists should have their sights on far-out realms for inspiration. Don’t get mired in a false sense of reality. You need to possess an off-kilter way of looking at existence. As to the relationship between art to the supernatural, I consider creation its own form of transcendence.

In addition to being a singer/songwriter you directed and edited the music video to Automatic Paintings, as well as photographing the cover art. Where do you find your visual inspiration, and do you relish this part of the process as much as the music?

It all organically melds together and furthers the artistic artifact. The video for Automatic Paintings began life as a black and white celluloid wink to German expressionist film, as seen in Nosferatu and The Cabinet of Dr. Caligari. However, the colours of the raw video footage came out so vividly they altered the direction it would take. Often art dictates its own journey. The vampirism scenes were shot prior to corona lockdown and the scenes of me and my drummer Agata D’mon performing were filmed this summer. That’s why we both suddenly have different hair colour, but it works conceptually. The redhead shots become their own perceived reality and the vampire scenes a fictional narrative within that.

You are also a staple of the art world itself, your conceptual images have appeared in Vogue whilst your most recent live musical performance took place in the window of a Berlin art gallery. How does this dual practice feed into your music? 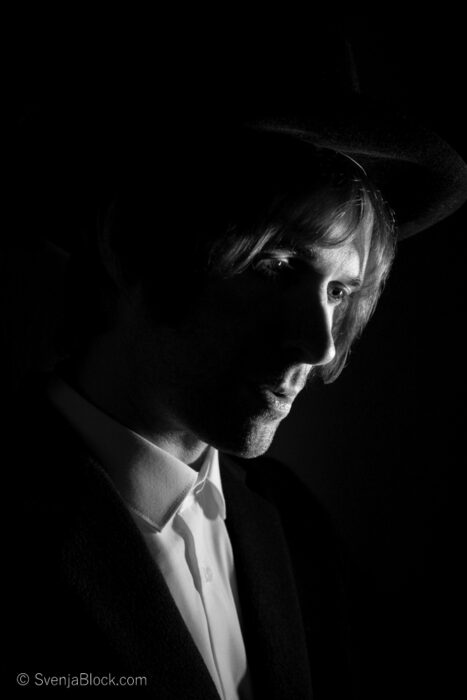 I like to juxtapose my songwriting with seemingly disparate cultural elements. The recent performance you mentioned combined my music with contemporary dancers, sculptural art, electronic beats from my drummer Agata D’mon and futuristic fashion by designer Lena Quist who worked on the latest Smashing Pumpkins video. It’s an essential part of my manifesto to be surrounded by fascinating creative people who inspire me.

Alongside art and literature your recent work has touched upon subjects such as politics, revolution and even the sadly still-topical coronavirus. Is it essential that your lyrics reflect the world around you?

The reason I continue releasing singles when it would make more commercial sense to hold them back until after my album release is I believe it’s important as an artist to be a continued part of the cultural conversation. I visualise my upcoming album to be a lyrically complex testament encompassing art, history, culture and politics. Musically I will combine dark post-punk guitar led tracks such as Automatic Paintings with more electronic songs such as my single Sidewalks.

You’ve played numerous solo support slots for Suede during their recent tours, how did your relationship with them come about?

I met their singer Brett in Kings Cross a while ago when I was working on a fashion magazine cover story and we became good friends. I think partly cos we have a similar slightly surrealist sense of humour and exemplary dress sense. He’s always been really supportive of my music and whenever I finish a track I’m proud of, he’s usually the first person to hear it. Coming Up and Dog Man Star were formative records for me. 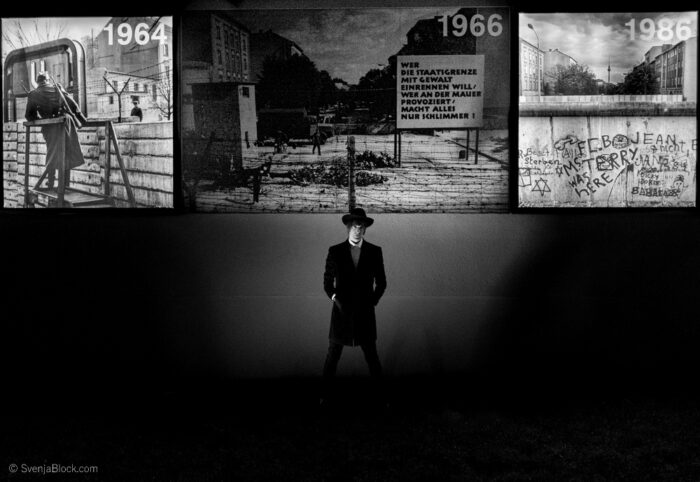 You’ve been moving towards a more guitar driven post-punk sound with your last few singles and Automatic Paintings is perhaps the strongest example of this yet. Was this a conscious decision or something that evolved naturally?

Visceral post-punk vibes complimented the weighty subjects I was writing about, such as revolution and politics. Considering the volatile times we are living in, it seemed very apt to get the distorted abrasive guitars out. However, in total contrast, I’m currently working on a soundtrack to the film Aquaria directed by Julia Obst and [have been] commissioned by the Leo Kuelbs Collection, which will be projected onto Manhattan Bridge in March for New York’s Light Year art festival. It’s sounding dreamlike and abstract. It’s still tonally dark and haunting, but conveyed through an entirely different musical language. My upcoming releases will further embrace the experimental, the spectral and the avant-garde.

Your last single Waves references the Emma Goldman quote “If I can’t dance to it, it’s not my revolution”. What would be in the soundtrack to your revolution?

My own song Waves would be the soundtrack to my revolution because I’m horribly biased! No fireworks though please. They scare animals.

All words by Susan Sloan. This is Susan’s first contribution for Louder Than War. Find her on Instagram as @thesmureviews and view Susan’s website here.

All photographs © Svenja Block. You can find more of Svenja’s art, commitments & projects at her Linktree , and at her Louder Than War author’s archive.