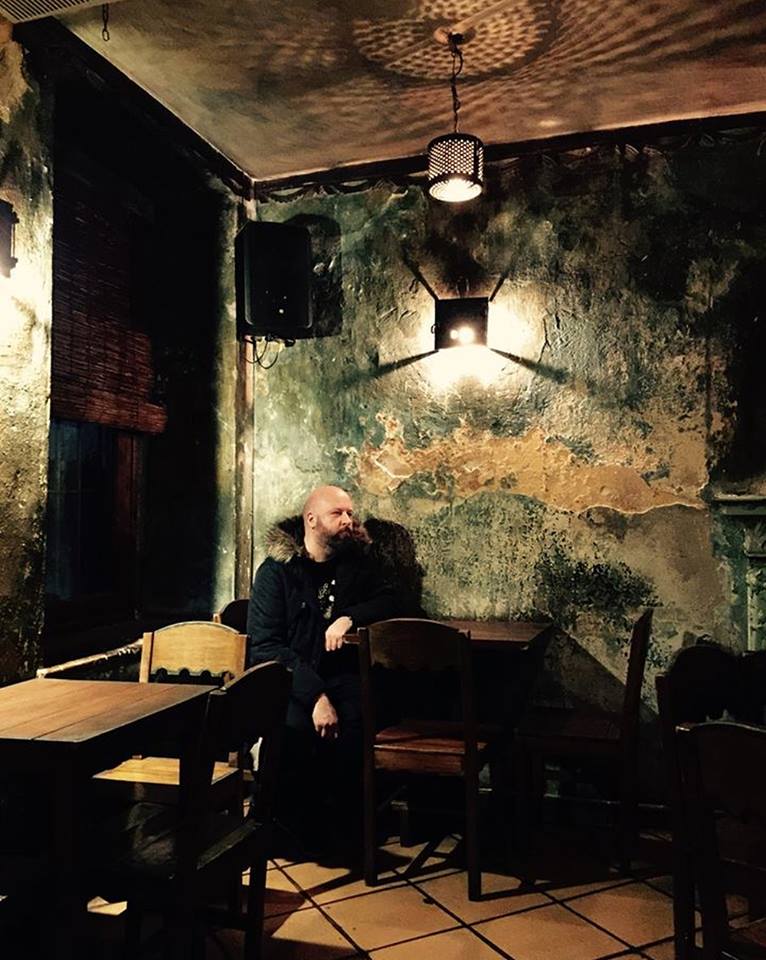 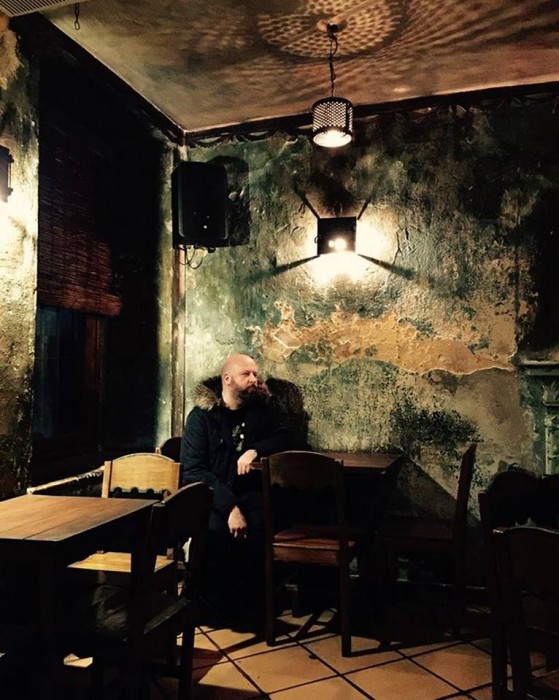 How do you produce the equivalent of an EP for every month the year? Send out 36 diverse songs drawing on culture from all over the world? All served up with sound from ambient electro to psychedelic surrealism? The answer lies with Mark Corrin. The Liverpool-born but now Manchester-based musician and artist can now reflect back on the year of 2015 as the year he completed an intriguing challenge: 12 EPs in 12 months!

All are brought to you by the resurgent Manchester record label Valentine Records: so expect the power of the past to blend with the best of the present in this great series of soundscapes.

Corrin already holds an impressive musical legacy – he recorded for a number of years as ‘Shirokuma’ which made him a much-loved artist on John Peel’s Radio 1 show in its later years. He’s an artist out to excite: his involvement in 2005 NME Single of the week ‘Moonlight in the Afternoon’ attracted feedback as fantastic as ‘makes us want to have sex in dressing-up clothes.’ Quirky, right? He not only assembles, but stimulates sound through awesome combinations of electronics and instruments. It’s only right then to have high expectations of his new EPs and others are just as excited, as he has continued radio support from industry figures such as Rob Da Bank and Nick Luscombe. Already involved in the industry, he hosts his own Salford City radio hour ‘The Mark Corrin Show’ on a Monday night too, which is a time dedicated to exploring new and alternate music; a celebration of cross-cultural creativity which is something Corrin upholds in his own work.

Therefore, to listen to the12 EPS is a great way to get intimate with a number of exciting modern artists and techniques in the musical underground. The songs tend to be downtempo and melodic, topped with surrealistic lyrics – and always a catchy current in there. Electronica blended with the best of a range of genres. It’s like diving into a river of sound, following the course of a force shaping a lush landscape. We start at the source, the early EPs lingering and intimate, like ‘The Taste of Tea’ from EP 1; minimalist yet moving. EP 2 ‘Tower’ invites us even more readily to slip into tracks such as ‘Night Book’, accompanied by Corrin’s breathy vocals. This early sound could be considered to expose the temptation of slipping into meditation and escapism – yet part of us wants to take part in something turbulent too.

Hence why slowness swells to bigger currents in the form of EP4, Cosmic, coming forward with a more bouncy funk feel. The track ‘Manti’ is a toe-tapping blend of warped lyrics, winding synths and deep beats; with Corrin producing immersive music which goes down swimmingly. By the time we reach EP 6 and 7, the sound is in full flow, like a proud river ready to paddle in at the height of summer. Feeling the progression of sound over the course of the collection is something in itself. Corrin has reflected himself that the EPs do seem to capture a ‘seasonal influence’, as we can hear on EP 7 in the form of ‘Earthbound’ too. Layers of shimmering, shaking sounds come over like a landscape full of the fruits of summer – almost at the point of bursting. Yet just as any river has its smiling surface, it also holds its dark depths; another aspect of Corrin’s musical journey. A particular favourite track of mine is from EP 8 ‘Tempest’, titled ‘La Noche De La Tempestad’ which brings old-school horror up a notch with rolling rhythms. EP 9 ‘Nocturne’ continues in the moody middling-autumn theme also.

Despite the intense instrumental elements, there still is a clear focus on character in Corrin’s music, as his willingness to collaborate illustrates. Whilst some artists may have used such an extended EP series to explore their capacities on different instruments, Corrin chooses to move beyond the instrumental and into the physical – drawing on a range of human activity and voices. This is clear even in the early tracks such as ‘To The Tower!’ from EP2: choral-like synths lapping against Corrin’s own vocals – mingling the human and the electronic. This is even more explicit in ‘Save Game Room’ from EP 3 ‘Slower’, where the music is mixed with brash Scottish dialect. The combination of human and computer here could be seen as unpicking a crucial modern theme: exploring the intimacy of man and machine – part of Corrin’s journey.

But what can be gained from the journey? What I see it as is a kind of revelation: man and machine can collaborate to be a force of positivity – when they take audience into account. Yes, Corrin considers the three-way relationship between musician, medium and listener. He uses this to his advantage in the tracks he creates. A man on a computer risks escapism and isolation, but a man making music on the computer can captivate emotion, audiences, friends. Proving that the digital age does not have to be dreaded; Corrin brings technology and talent to a climax of musical expression. The ultimate example of this was when he headlined a pioneering gig at Soundwaves Here We come in Afflecks Place, Manchester in December 2015, captivating the crowd from a laptop alone. (though he is an instrumentalist too!)

Corrin himself had this to say when looking back over the series:

“This is more music than I have ever put out in any one year in my (fairly prolific !) career so far. I kind of feel sad the series has finished …I’ll probably put loads of releases out next year too though. I was finding that the more I did, the more ideas I was having and the more inspired I got. I still didn’t explore half the styles and sounds I wanted to, actually I felt more like I was just getting started at the 12th release! The series did inspire me to experiment with new composition techniques, collaborators and ways of writing that were fresh to me, so it was a fun voyage of discovery. I’m glad that people seem to have enjoyed them.”

Currently, Corrin is compiling the EP series into a ‘best of’ format; set to contain the top tracks recommended by his valued listeners. This again shows his maintenance of the theme of character; he cares about the character-shaping content music holds and thus frequently engages with personal feedback. Due for release in the next month or so, this ‘best of’ release is set to provide a kind of concept album –the course of a river also the course of many stories.

But how about immersing yourself before then? After all, Corrin’s EPs are available to listen to and enjoy right now. He personally recommends any of Eps 2, 3, 6, 7, 8 or 9 as perhaps the best introductions to the series and you can access these via his Soundcloud or why not start from the beginning with Valentine Records and his range of works. You can also listen to the Mark Corrin show on Salford City Radio 94.4FM here.

Start the journey wherever you like and stay tuned: there is more to come.