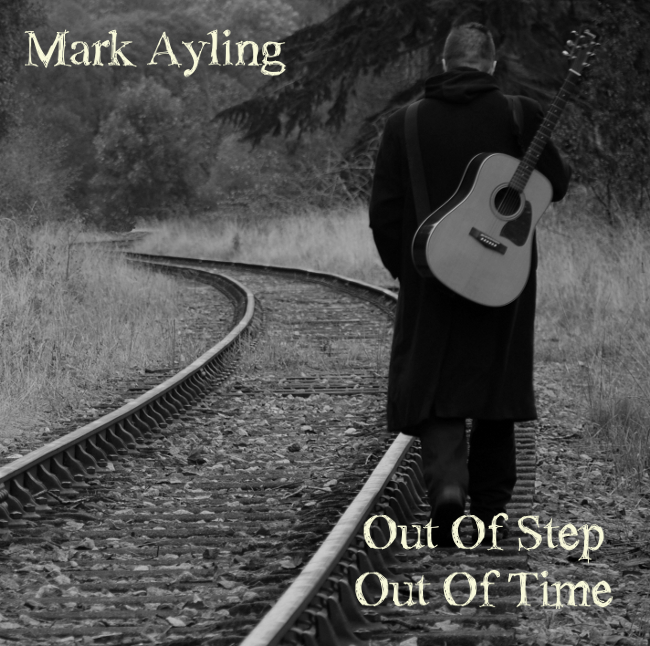 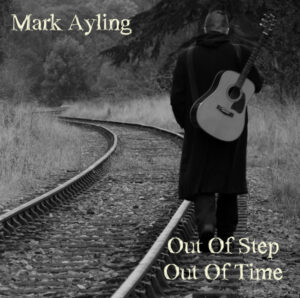 Mark Ayling – Out of Step, Out of Time (Octave Slant)

Mark Ayling is just an acoustic guitar and vocals but packs more of an emotional punch than many a band, or so says Ged Babey.

Now, I probably would never have reviewed this had I not seen him live.  One man and his guitar.  A lot of the buggers about. They usually have beards. Cos its fashionable. Mark doesn’t. Thankfully.

I wrongly assumed Mark was approaching fifty, an old punk bastard, like myself and a good proportion of Louder Than War readers, but it turns out he’s in his mid-thirties, and has a wise head on comparatively young shoulders. Which is why he’s worth checking out, because as a songwriter he is actually, very very good indeed.  To do solo, you have to have good songs and some sort of presence.  A good voice helps and Mark has a tuneful voice albeit a bit like that of the singer from anarcho-doom merchants The Mob. Devotees of Patrik FitzGerald and TV Smith I imagine will like Mark’s work if they haven’t discovered him already.

Also he uses his initials to form a cool Crass-like logo for badges and the like.

His earlier EP a mate of his described as sounding like he was singing from the bottom of a well, which is a touch cruel but pretty accurate. On this album though its spot on. A touch of reverb, which hints at a Joy Division influence, particularly when he holds a note then drops a bit in key.

The songs cover relationships and middle aged angst as much as socio-political observations and find links between the two. Love on a tight budget. Thwarted small-town ambition and so on. The personal is the political but done with a bit of compassion and empathy. It’s difficult to get humour into songs like this so the criticism could be made that overall it’s a bit of a downbeat album but there’s enough vacuous shiny happy shit around so sometimes it’s good to wallow and sing the pissed-off blues.

On his website he gives the background to a lot of the songs so there’s no need for me to second guess them.  My two favourites are Proud City Father which started off as a contemporary re-write of Ralph McTell’s Streets of London and the yearning, beautiful lament called I Wish.

Trying to pinpoint why I like Mark Ayling so much compared to other solo guitarists, male and female is difficult but I think it’s something to do with the fact that in his head and when he writes these songs he can hear them played by a full band. Consequently he doesn’t leave any space where there’s not a full-pelt strum or sustained vocal note. He is a relentless one-man wall-of-sound. And that sound is the beat-beat-beating of his heart, because that’s where the songs come from. His songs are a poetic cardiogram of his life. He doesn’t need treatment though because the cardiogram of poetry and musical encephalogram is his self-help artistic cure. And it’s there for us to share. Well, buy. And I suggest that you do.