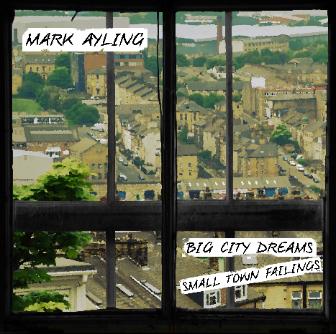 It makes it difficult to criticize a songwriter who actually writes very openly about his own self-doubt as an artist.

There is one thing that I’ve learned

and that’s as far as you’re concerned

These songs from the heart

Will never be given a chance

These words that I sing,

to me, mean everything.

But all it is to you,

And then there’s a spoken section, where he lays it on the line.

Music is about passion; Singing about the things you love and the things you hate, and what comes from your heart. Its got absolutely nothing to do with sounding nice, or perfection, or singing a load of meaningless nonsense!  I dunno why I get so wound up, it’s only music, right? Right! RI-I-I-I-IGHT?!!!!

(I have the same self-doubt about my writing.  Does anyone read it? Does anyone care?  Why do I do this when there’s no money in it.

The answer is pretty much the same.  I wanna express myself. Find some kinship. Take it or leave it.  This is me.)

Henry Rollins would probably say, get some Vitamin C, some sunlight and exercise.  Shane MacGowan would recommend having a drink and a smoke.

I say, (to Mark Ayling and all those like him) it’s better to be genuinely admired by a few for the honesty and integrity in your art (as well as your dedication and sweat) than sell yourself into a cut-throat business, have a million fans for a season, then be replaced by next years model.

A couple of songs on this album are about the lowest common denominator, valium for the masses, pop conveyor belt which is the X-Factor and the pop-puppets who become celebrities and make a packet, whilst SyCo makes millions.

Music monthly always have to put little if-you-like-that then you’ll-love this recommendations as a buyers guide. I try not to do it myself…. If you are a follower of TV Smith (acoustic solo) and Patrik FitzGerald then it doesn’t mean you will automatically like Mark Ayling, but you probably will.  I don’t think he lists either as ‘influences’ but it’s a similar downbeat troubadour vibe.

In his biog it says “Discarding the usual folk/acoustic influences such as Bob Dylan and Woody Guthrie, Mark takes his inspiration from artists as diverse as The Jam, New Model Army, The Specials and Joy Division, creating a sound that has the energy of punk whilst retaining the melodic elements of the acoustic guitar.”

I described his songs here as covering “relationships and middle aged angst as much as socio-political observations. Love on a tight budget. Thwarted small-town ambition and so on. The personal is the political but done with a bit of compassion and empathy…” and this new album continues in very much the same vein.

There are different angles though. On ‘The Quiet One’ he sings from the point of view of a killer who doesn’t blame ‘society’ for his evil deeds.  ‘The Fantastic Mr Grey’ is a song-portrait of a pub-bore and bullshitter in an almost Ray Davies type observational style.

To be frank, Mark does need to incorporate a bit more light rather than all shade.  A bit of humour, no matter how black or cynical, to make the album more enjoyable as a complete start-to-finish listen.

Being a solo artist is an economical way or touring but when it comes to an album it doesn’t have to be a straight to tape representation of the live set. A bit of trumpet on a couple tracks, a violin to carry a melody here and some keyboards to embellish a song there would have made this album a better listen.  (These are more suggestions than criticisms…)

Mark Ayling does it his way. No compromise, no bullshit. From the heart.  He’s a big man, with a big heart and a guitar.  He sings his songs and he means every word.  It’s just what he does.

Official website and shop where you can get the album.
All words Ged Babey