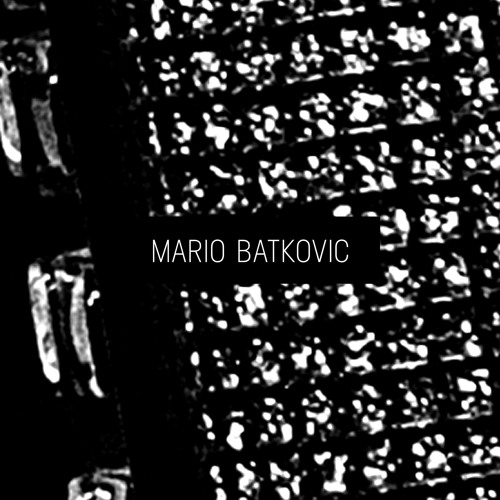 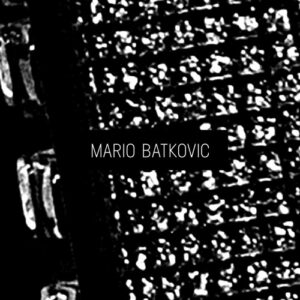 Ok so there are supposedly some unwritten rules when reviewing an album. You’re not meant to put yourself in the review for starters. Well I am firmly about to break that rule because sometimes an album lands on your lap that is so good you can’t help but rave about it and how it makes you feel. Mario Batkovic’s album is such a work. It has been spinning around this writer’s head for a while now and shows no sign of leaving any time soon.

Mario Batkovic is a Bosnian born, Swiss accordion player who is taking the instrument into wonderful and uncharted territories. When Geoff Barrow (Beak>/Portishead) heard his music he invited Batkovic out on tour with Beak>. Continuing their relationship, Batkovic signed to Invada and recorded this album in Invada’s Bristol studio. From the very first listen you can understand perfectly why Barrow was keen to work with Batkovic. It has a myriad of styles and textures coursing through it and this is obviously a musician pushing himself to his limits in aide of artistic discovery.

From the opening bars of Quatere you are grabbed by the collar and slammed face first into a universe that is all encompassing and bold. The song flies out of the traps with an almost techno like time frame. Grandiose and symphonic, Quatere is a bold line in the sand. You are either willing to let go and take the trip or you better retreat back to the safety of your guitar based comfort blanket. The break-neck pace at which Batkovic plays the accordion is simply astonishing but what is even more impressive is the moments when he holds back, allowing you to catch a breathe.

Every song here is structured to perfection with each one reading like chapters in a book. Semper is fast-paced, then calm, then bursting at the seems. Gravis lurches like an insidious tide, a poetic melancholy hanging over the narrative before stabs of discord pierce the speakers allowing other themes to enter the narrative.

Mario Batkovic is a storyteller of the highest order and even though there are no words spoken here it speaks more directly to your very essence than any lyricist currently out there. The album is a symphony of sounds yet incredibly intimate evoking feelings of elation and sadness in equal measures.

As I have mentioned before there is extreme dexterity on display here (try breathing through Restrictus I dare you) but this is as far removed from prog-rock wankery or “showing off” as you can get. This isn’t the accordion equivalent of some poodle-haired rocker embarking on a twenty minute solo aided by amps and effects. Instead this is the sound of someone pushing themselves to the very limits of their musical capability. You can feel the sweat and blood flying off fingers and brow as Batkovic plays the most magical music like his life depends on it. Here is a human being going deep within himself, dragging everything to the surface and smashing it onto the canvas. It can sometimes force you into having to check your heart rate as the relentless notes fly around and around your head, dizzying, intoxicating, joyous.

Mario Batkovic reminds me of why I fell in love with music in the first place. It screams of passion and hard work. It speaks a thousand languages and can console and terrify in equal measures. Remove any preconceptions you have about this album due to it being one that is by an accordion player. Batkovic has created an album that is not niche or esoteric. It is global and unifying. It deserves to be heard by everyone.  It is music distilled to its very essence and is an album that will stay with you a very very long time.

Check out the video for Restrictus here: