Many bands and singers have faced the difficulties of making a fantastic debut album only to stumble when it comes to producing that killer second album; do you repeat the sound and feed of the first album and risk being seen as a one trick pony? Do you go for a completely different sound and risk alienating the following you have fought to develop? – These are the trials and tribulations that Marina & The Diamonds are currently trying to steer their way through.

When you achieve the kind of debut album that Marina and the Diamonds had with the awe inspiring 2010 released ”ËœFamily Jewels’ your follow up album needs to be brilliant; for having such a strong debut album can in some ways become something of a curse; to maintain the legacy has proved beyond many.

Since her first musical output in 2007 with Mermaid V’s sailor EP through to the ”ËœCrown Jewels’ EP in 2009 it was clear that an emerging talent was coming to the fore. With ‘Family Jewels’ Marina Diamandis gave us several songs that were true gems which screamed individuality, and creativity highlighting her haunting vocals that sent shivers down the back and pointing the way to clever lyrics. I was hooked when I first heard her, a convert from that moment.

When you can’t pigeon hole someone and say they sound like so and so that is when you know when you are listening to true talent. Marina with her vocals and keyboard playing could captivate anyone. From start to finish the Family Jewels’ held the imagination from “Are You Satisfied”, “I Am NotÃ‚Â A Robot”, “Hollywood” ,”Oh No” to the haunting “Numb” At the end of that album I was left shaking my head at the heights she had taken me to – a journey and a half.

Could Marina maintain the heights – that would be the question?

“Electra Heart” opens with the infectious “Bubblegum Bitch” a fast and furious slice of unashamed pop that will have you hooked from the first listen in some ways that this hasn’t been released as a single is somewhat of a surprise “Radioactive” been preferred as a release prior to the arrival of the album, “Bubblegum Bitch” is easily one of the best tracks on the album and a very strong album opener and one that will remain echoing in your brain for some time.
The next album track “Primadonna” is already widely known by virtue of been the follow up single to “Radioactive”, “Primadonna” again is a song that hits the heights on the album even giving Marina her highest single placing of number 11 no doubt introducing a much wider audience to the talents of Marina.
“Lies” showcases that fantastic Marina vocal range that she excels at as she lays her heart bare.
“Homewrecker” is perhaps not one of the strongest tracks on the album but none the less still holds its head above water.
“Starring Role” again shows the honesty of Marina not shying away from talking about intimate aspects of life.
“The State of Dreaming”, current single “Power and Control” and “Living Dead” sweep you along as they hit the heights, but “Teen Idle” surpasses them all and shows the highs of that fantastic Marina vocal with her haunting sound with lyrics about wasted youth with an American tinge perhaps the “Numb” of “Electra Heart”
“Valley of the Dolls” again not one of the songs that hits the heights on the album but still a very good song.
“Hypocrates” a fantastic song Marina hitting the highs and one of the best songs on the album
“Fear and Loathing” sweeps you along and is a strong close to the album and again those vocals remain breath takingly good.

As second albums go Marina & The Diamonds have managed to keep their heads above water one could argue that one or two of the album tracks have too much of a hint of playing it safe about it some songs could have any of the multitude of average and very famous female singers that we are currently cursed with (and who we won’t name) singing them ok they would probably struggle, whereas these same talent less fame grabbers would tumble and fall attempting to sing the majority of “Family Jewels” That should not detract you from an album that has more highs than lows indeed even hitting the album top spot on its release ok it dropped like a stone there after, again you could argue that it hit the top on expectations fanned by the brilliance of “Family Jewels” but “Electra Heart” does deliver the goods and then some.

The acid test for every serious artist and their songs is playing them live and last Friday at Birmingham HMV Institute Marina show cased songs from both albums there was no drop in energy between songs from each album indeed there is a continuity in all her work and even the slower songs of the album were delivered with a lot of energy and worked very well. The audience are the Diamonds the songs belong to them as much as Marina and her fantastic band. From the up tempo “Oh No” and “Bubblegum Bitch” through the phenomenal “I am not a Robot” and “Primadonna” to just Marina and keyboards singing “Teen Idle” the audience were captivated. There is something of the homespun feel about Marina and the Diamonds live, no multitude of male dancers or dazzling light shows here far from it a hat stand at the rear of the stage and an oversized rubber ham burger passed to her for the shows finale “Hollywood”, but the music does the talking as it should be. Marina even thanked the audience for buying a ticket I can’t remember the last act that I heard do that, humble and talented that is as rare as her undoubted musical gift.

The legacy of Marina and the Diamonds remains intact the interest in her remains undimmed and the talent that she has remains immense future output should be followed with interest. 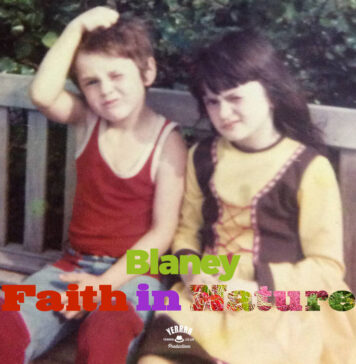 January 24, 2021 0
Ed Blaney was very much part of the Fall gang and at the innermost of the inner Mark E Smith circle - part manager, part drinking buddy, part creative mate. Since the death of his close buddy he has carved out his own musical career and this is another great song from the Salford renegade.
Read more