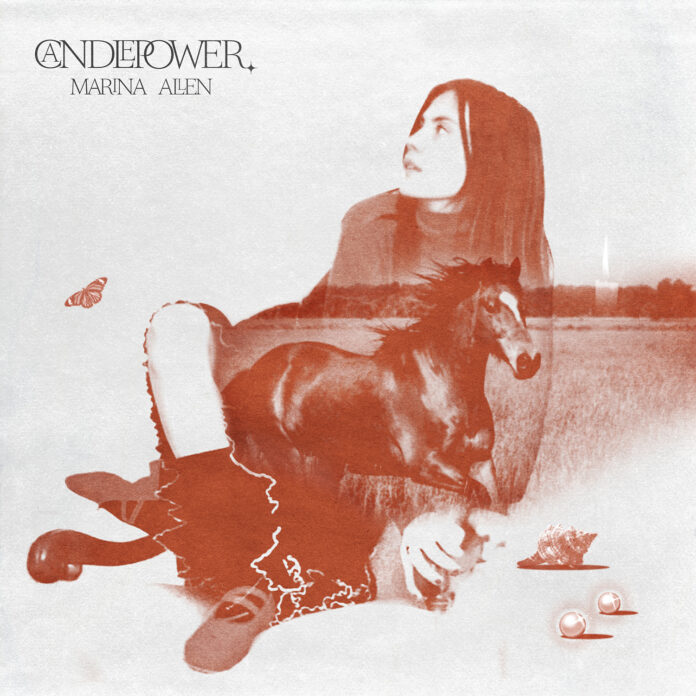 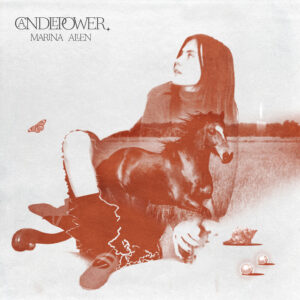 A folk-inclined debut from a spiritually-oriented Californian songwriter.

While listening to Candlepower, it’s not hard to detect the multiple references that Marina Allen names as influential artists. Some of the most personal twists in her lyrics nod to Joni Mitchell’s Blue, while a soft tremolo of the voice reminds of the velvety vocals of Karen Carpenter. Unlike her favourites, Allen is quite laconic. Candlepower barely spans over eighteen minutes. Yet seven songs eloquently speak up for a smitten mind and express longing for wholeness.

Although saturated with musical citations, the album sheds light on Allen’s individuality. She carefully crafts the magical world of her own, using both audial (chimes and hypnotic loops) and visual (spiral-looking patterns in her music videos) elements. Continuous spiritual overtones communicate a wish to grow beyond the limits set by fears. Repeated throughout the record, phrases such as “I want to belong here” or “I long to belong” sound almost like a mantra. They are empowered by music that brings up the shamanic quality. Hissing percussion and an undulating guitar riff on Belong Here culminate in a texture with polyphonic vocals and the ethereal sound of chiming bells, alluding to Parallelograms by Linda Perhacs. The impressionistic arrangement gives you a feeling of playful spontaneity.

Marina Allen can be seen as an artist professing the idea of new sincerity. With her introspective approach, she attempts to express the actual feeling, yet is seemingly aware of the performative aspect. There is always a fine line between these two. On the opening track Oh, Louise, Allen ostensibly addresses her younger self with charming lyrics and then surprisingly proceeds with lines that slightly remind of NHS advice on the Mindfulness page: Drink Water / Eat Broccoli / Love your neighbour. Is she being ironic? Who knows.

The album’s closer Reunion sets an open ending – possibly the most congruous finale for such a therapeutic album as Candlepower. Marina Allen’s journey on the path of self-discovery seems to have just begun.