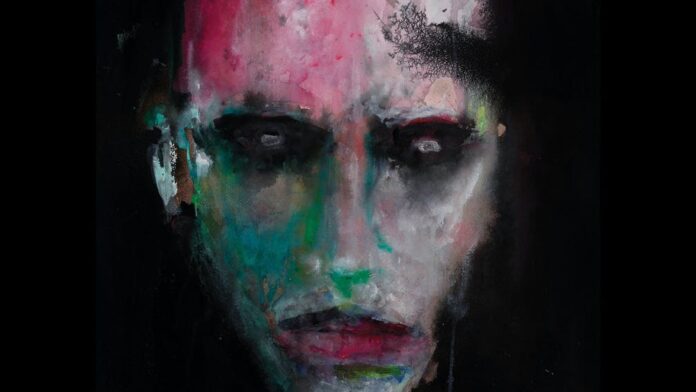 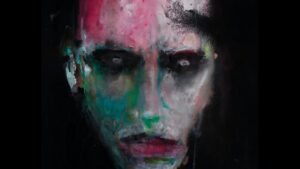 There will always be something about Marilyn Manson’s music that makes me want to spin around slowly and glide room to room with make-up smudged across my face. I can’t help but emulate the gothic soul of his musical circus over the years. it hypnotizes me and sends me into a dream-like state from album to album.

His latest album and 11th studio album We Are Chaos is surprisingly no exception to this effect. It starts so classically Marilyn Manson, the king of creep uttering a spine-tingling introduction.  “I can stick a needle in the horror and fix your blindness”. Shudder. That said, there is something about this album that seems more honest and vulnerable than his previous some-what showy gesticulations and theatrics. This first line perfectly sets you up for a journey through an equally creepy yet beautiful, cosmic yet dark haunted house ride you probably wouldn’t take your kids on.

Lyrically, this album is a triumph. I could sit here and list 50 lines that simply brood impeccably dark and whimsical poetry. But you’ll have to just listen instead. A line, however, that really does resonate the attitude of Manson throughout this record is from “We Are Chaos, am I a man or a show, or moment, the man in the moon, Or a man of all seasons?” This song is reminiscent of a time of joy, grabbing onto your friends at a gig screaming and crying your way through uplifting and euphoric choruses. Ahhhh the good old days.

Musically, it’s a meteor shower of sounds and noises from subtle synth work to heavy thumping fuzzy guitar riffs and that signature stacked compressed vocal with delay. The daze inducing space created in Paint You With My Love and similarly with Broken Needle are perfect representations of differing emotions and feelings that Manson has clearly worked through to create the amalgamation of sounds. Shooter Jennings, producer of We Are Chaos had described it as a masterpiece and rightly so. The mastery does not just lie within the songwriting and performance. The production of this album is impeccable.

Although this album seems to salute Mechanical Animals and The High End of Low, there is still a freshness and sense of progression from the previous albums. Every emotion,every angle, every thought that he has managed to release seems to have made roots and anchored themselves within the record more openly than ever before. For the first time, we hear ALL of Manson in one place. From Bowie and The Cure-esque vibes of Paint You With My Love, Don’t Chase The End, to the purest dark rock of Infinite Darkness one theme remains clear.

This is a love letter to his fans and to himself about the fragility, beauty, and depths of the human psyche. He’s opened his arms and embraced us whilst also embracing himself, by pouring the scenes of the labyrinth of his mind into every track ready for us to receive. Manson has let down his walls and opened us up to who he is, which despite the outward appearance is a deep, beautiful, and empathic soul. 2020 needs more albums like this, and we need more artists like Marylin Manson.

This is the debut review for Louder Than War by Lucy Shevchuk.